Waltz with Bashir by Ari Folman 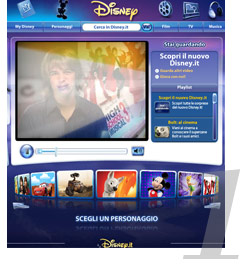 New Disney 2.0 Site – Italy
The magical world of Disney remains the best loved by children and families who now have the pleasure in discovering that its 2.0 version is now online in Italy: disney.it was born only a year after its American brother with the desire to gain the same success (most visited family site with 32 million visitors per month) with its mix of heroes, available in every possible form: video, music, interviews, games, cartoons. Intuitive navigation studied for the differing targets, interactivity, personalisation, security for those who are younger and that touch of magic that helps Disney stand out and are the ingredients for the launch into the world of web 2.0 for Mickey and friends. 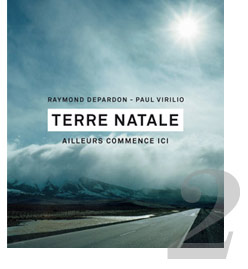 Terre Natale. Ailleurs commence ici – Fondation Cartier – Paris
The exhibition Native Land, Stop Eject -at the Fondation Cartier, Paris, until the 15/3/2009- proposes a reflection on the notions of being rooted and uprooted, as well as related questions of identity. It is also a confrontation and a dialogue between filmmaker and photographer, Raymond Depardon, and urbanist and philosopher, Paul Virilio. Depardon´s work has often explored native lands, giving value to speaking and listening. His capacity to combine both the political and the poetic is clear to anyone familiar with his work. Through his writing, Paul Virilio has spent much of his time working on notions of speed, exodus, the disappearance of geographic space, and the pollution of distances.

Have you seen…? by David Thomson
In 1975, Thomson published his Biographical Dictionary of Film.
Now, thirty-three years later, a second book from one of the most provocative contemporary film critics and historians. Juxtaposing the fanciful and the fabulous, the old favorites and the forgotten, this sweeping collection presents the films that Thomson offers in response to the question he gets asked most often “What should I see?”. This new book is a generous history of film and an enticing critical appraisal written with as much humour and passion as historical knowledge. Not content to choose his own top films Thomson has created a list also probes the question: after one hundred years of film, which ones are the best, and why?

Greasy Rider: Two Dudes, One Fast Food Fueled Car, and a Cross-Country Search for a Greener Future by Greg Melville
Is it possible to drive coast-to-coast without stopping at a single gas pump? Journalist Greg Melville is determined to try. With his college buddy Iggy, he sets out on an enlightening road trip. The quest: to be the first people to drive cross-country in a french-fry car. Part adventure and part investigation, their trip takes them to the solar-powered Google headquarters, the wind turbines of southwestern Minnesota, and a so-called “eco-friendly” Wal-Mart. The documentary movie went on screen in 2006, including interviews with Morgan Freeman, Noam Chomsky, Yoko Ono, Tommy Chong, and the founders of four vegetable oil conversion kit companies, Greasecar, Greasel, Plant Drive, and Frybrid, as they discuss the viability of vegetable oil as fuel. The book was released in November 2008. 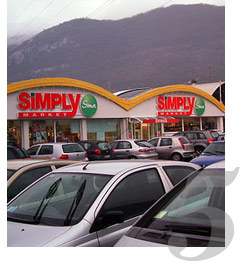 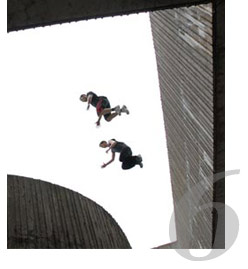 Actions: What You Can Do With the City exhibition – Montreal
The new exhibition at the Canadian Centre for Architecture, Actions: what you can do with the city, explores the relationship between individual actions and the urban environment, by examining 97 everyday urban events (walking, playing, recycling, gardening etc). These seemingly common activities in show, are pushed beyond their usual definition by the international architects and artists. The works featured in the exhibition show the potential of a new level of interaction and participation by city residents within the city.

Duracell Power Lodge – New York
New York ‘s Charmin Restrooms are a very popular free public bathroom at Times Square but also a place devoted to temporary events and interesting promotional activities. This holiday season, tourists and New Yorkers are not only getting some rest at Times Square, but they can also participate in the New Year’s Eve festivities by helping to power the “2009″ sign. In fact Duracell has put its Power Lodge on top of Charmin’s facility. After taking a little relief, a person can walk upstairs and jump on an exercise bike, and pedal away to help fill the batteries that will light the “2009.” Duracell says it needs more than 230 pedal hours to light the sign for about 10 to 15 minutes, when the electric grid will take over.

Interieur – Exterieur exhibition Kunstmuseum – Wolfsburg – Germany
Private living space reflects the desires, fears, social norms and urban utopias of the individual in modern society. The home serves both as a refuge and as a means of representing its occupants – a place where the art, design and architecture of an era, the private and public life of an age meet and infiltrate one another. The Kunstmuseum Wolfsburg is hosting an exhibition called Interieur | Exterieur that deals with this topic, exploiting the interaction between art, design and lifestyle. 140 exhibits of 70 artists and designers range from visionary paintings of the romantic era to the Bauhaus’ modern living drafts to home designs of the future, creating a dialogue between the disciplines and raising the question ‘How will we live in future?’ 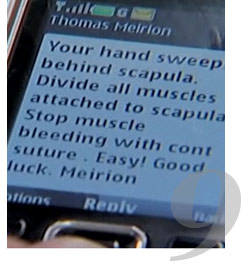 Life-Saving Surgery Performed via Text Message Instructions – UK and Congo
A British surgeon amputated the arm of a wounded teenager in Congo, with help from instructions sent to him by text message. David Nott texted his surgical colleague M. Thomas, who is one of only a handful of UK surgeons familiar with the difficult procedure of removing the collar bone and shoulder blade. Nott realized that teenager J, whose arms had been ripped off and who was now gangrenous, had only a few days to live. Nott had never performed such an operation, and Thomas replied almost immediately with 10 steps Nott should follow to carry out the procedure and then signed off with “Easy! Good luck.” David Nott followed his colleague’s instructions step by step. 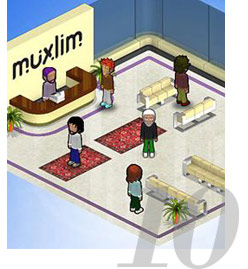 Muxlim Pal, the first virtual community for Muslims – Finland
Based loosely on other virtual worlds such as Second life and The Sims, the community lets members control the life of a cartoon avatar to explore the Muxlim Pal world, in which the avatar or ‘pal’ can go to prayer rooms and go shopping. Many of the men wear beards and the female characters can choose to wear a hijab. However, makers of the site insists it is not aimed at religious people. How it differs from The Sims is that it is social, so you can actually be with other people at the same time, interact, and see what their characters are doing. Aimed at Muslims in Western nations, Muxlim Pal’s creators hope it will also foster understanding among non-Muslims.