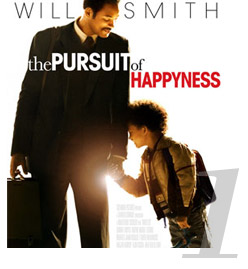 The Pursuit of Happyness by Gabriele Muccino
Chris Gardner (Will Smith) is a bright and talented, but marginally employed salesman. Gardner finds himself and his five-year-old son evicted from their San Francisco apartment with nowhere to go. When Gardner lands an internship at a prestigious stock brokerage firm, he and his son endure many hardships, including living in shelters, in pursuit of his dream of a better life for the two of them. In his first English-language feature, Muccino gives Will Smith the chance for a stinging performance as a single father running hard for ‘Happyness’. The movie is a quietly agonized drama of reaching and missing and reaching again. 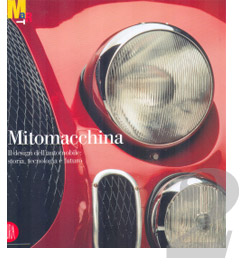 Mitomacchina. History, technology and future of car design – MART – Rovereto (Italy)
The exhibition Mitomacchina. History, technology and future of car design opened at MART in Rovereto. The exhibition shows drawings, projects, prototypes and, of course, real cars developed by the most famous car designers for the biggest European and American car companies from the 40’s until today. The italians Ferrari, Fiat, Lancia but also Mercedes, BMW, Porsche, Renault: all the most successful car models of past and present to tell one of the most extraordinary technologic and creative adventure of modernity. 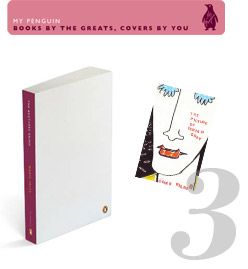 My Penguin – UK
According to consumer research conducted on what factors matter to people when they decide whether or not to pick up a book, the cover design comes out as the most important. Penguin had a new idea: “why not publish our favourite books without front cover art?!” It’s been a secret project with about seven people involved, and from the idea we now have six books that are ready to go into the shops and onto www.penguin.co.uk. In essence, they’ve started a new series because if the first six work they will publish more. The series is named My Penguin and the tag line is ‘Books by the Greats, Covers by You’. 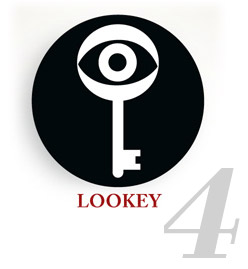 Lookey di Lars von Trier – Denmark
Lars von Trier, the Danish filmmaker who in the past has revolutionized the cinema industry with his film concepts, Automavision, a new way of filming without using a cameraman and Dogme, an ultra-realistic film concept, came up with a third idea.
Lookey, is a new movie mind game, introduced in his latest film, the comedy called Direktøren for det hele (The Boss Of It All), where he deliberately inserted some unusual, out of context visual elements, which become a kind of a riddle to be solved. Von Trier suggests this new concept to all the other directors, since, as he declares, is a new way of connecting with a passive audience. But there is also another advantage for the distributors: people may be tempted to watch the film more than once in order to identify the “lookeys” and win a money prize along with the opportunity to be in the director’s next film. 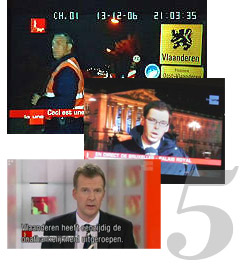 Belgians Fooled by Hoax TV Report on Nation’s Breakup
Belgians were alarmed by a television report announcing the country’s breakup, and then turned to anger when they found out the news was a hoax. In a spoof reminiscent of Orson Welles’s “War of the Worlds” radio broadcast, Belgium’s French-language public-TV channel aired a fake report announcing the nation’s split along linguistic lines and the king taking refuge abroad. The program prompted a flood of calls from concerned citizens to the station, RTBF, as well as to the prime minister’s office, and made front-page headlines in Belgian newspapers. Only after a half hour did the station flash the message: “This is fiction.” 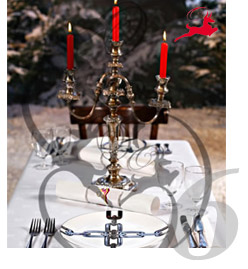 The Reindeer Restaurant – London
Opened from 1st till the 23rd of December 2006 in the huge space of the Truman Brewery in the heart of the East End, which hosts many famous events in London, including special shows during the fashion week. The restaurant, a space of 22,000 square meters, has opened to celebrate Christmas 2006 through a stunning set of decorations and winter-mood/romantic atmosphere and a theatre. This French cuisine restaurant promptly followed the intuition coming from the world of fashion and the Guerrilla stores, the idea of being ‘temporary’ and therefore more ‘special’ precisely for its limited lifespan. All the restaurant availability have been immediately booked for the months as the news appeared on the internet, well before the 1st December. 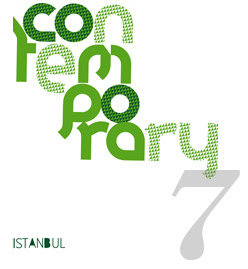 First Contemporary Istanbul Arty Fair – Turkey
Contemporary Istanbul is Turkey’s and the region’s premier modern and contemporary art fair. More than 60 galleries from all over the world will show paintings, sculptures, drawings, photographs and digital art by more than 300 international and Turkish artists at the Istanbul Convention and Exhibition Center. The Fair aims to become the region’s most important art show, attracting top galleries and artists from the entire Middle East, the Balkans, the Turkic Republics of Central Asia, North Africa, as well as several of the more established galleries from the Western Hemisphere. 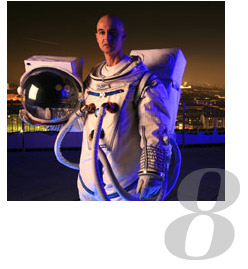 Spaceland – in search for over 65 candidates – Turin
An original announcement searching for astronauts over 65 recently appeared on a magazine for seniors. The announcement was put by Spaceland, a company based in Turin which deals with scientific tourism and aerospace research, which is now studying neuro-muscular system in absence of gravity. Selections and tests are now taking place in Turin in order to select 27 senior astronauts going, after a period of training, to Cape Canaveral for the next space flight. Until now the record is hold by an 86 year-old spaceman. 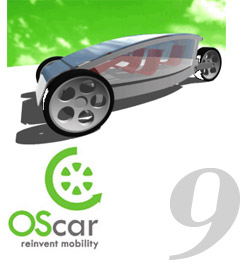 Open Source Car
The open source movement responsible for software like Linux and the browser Firefox is proving contagious. Now a German entrepreneur is applying the same approach to designing a car. Former BMW employee Markus Merz, who now owns an automobile consulting firm in Dingolfing, Germany, calls his project Oscar, shorthand for Open Source Car. The project, which Merz calls his hobby, is bringing together automobile engineers, designers and other experts on online forums to exchange ideas on how to improve mobility, specifically car design. The hope is that, unrestrained by patents and other conventional restrictions such as profit margin, marketing and technology, a community of experts will come up with fresh solutions. 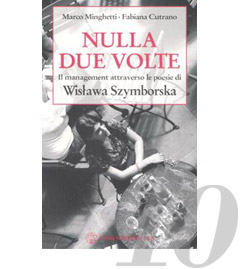