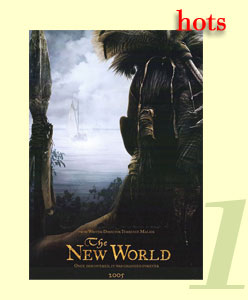 The New World by Terrence Malick
Terrence Malick’s new film, The New World, re-imagines one of the better-known romances of the history of America, that of Pocahontas and John Smith, played by Q’Orianka Kilcher and Colin Farrell. The central focus of the movie is the love that bound two people of different and clashing cultures and confirms Malick’s love for very slow atmospheres and introspective moods, even thou the stories he tells are always universal and related to history. The story moves from here to there as if in a trance and words and pictures are matched up in counterintuitive ways. 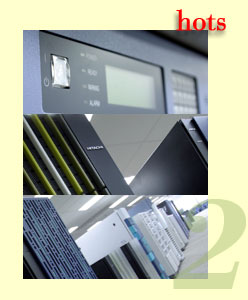 Italian Digitalized Masterpieces in Tokyo
Digital Image System (or DIS) is the name of a digital image processing technology and the system that use this technology. Hitachi has been developing this technology since 1991 based on the concept of “Passing on beauty and inspiration across time and space”. Hitachi, Florence University, Regione Toscana signed an agreement with MICC, a Florence-based excellence institute which is in charge to virtually show in Japan the masterpieces of ancient Italian art which are now at the Uffizi Galleries. With this system, in 2007 it will be possible to see “live” in Japan the images of the Uffizi Gallery with an unprecedented quality and realistic effect. 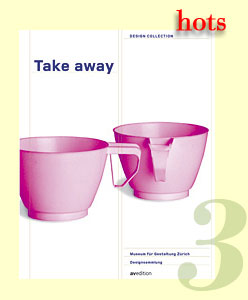 Take Away. Design for eating on the move, Zurich
The Design Museum of Zurich present Take Away. Design for eating on the move: an exhibition on take away and fast food culinary formula that completely suits the hectic pace and mobility of modern life. As a catering concept the takeaway is based on speed, order and efficiency. Now a widespread form of eating with a constantly expanding culinary range, the takeaway also makes considerable demands on the equipment designed for its consumption. The defining co-ordinates for designing this world of objects vary: aesthetic eating influenced by Asian cuisine, trends in a society that increasingly blurs the lines dividing work, leisure and home life, and commercial pressure from global marketing strategies. The related book Take away documents a century of design-related developments associated with eating on the move. 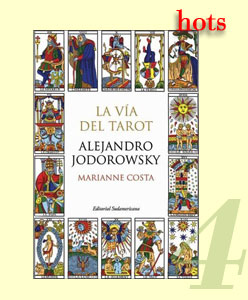 The way of tarots (La via del tarot) by Alejandro Jodorowsky and Marianne Costa
Alejandro Jodorowsky studied the tarots since more than forty years, and it is a fundamental part of its artistic and therapeutic development. It is possible to meet him in Paris in a coffee, while he’s reading the tarots to anyone who wishes it. For him the tarots are a mirror of the spirit and a therapeutic instrument: he is convinced that they can help to develop the conscience for better living and understanding oneself: “tarots are such a bridge between two extremes, the intuition and the reason…”. The result is an exhaustive handbook with many colourful images. 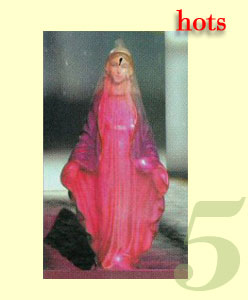 Extra Virgin by Steve Rosenthal, USA
An advertisement for a statue of the Virgin Mary veiled in a condom has embarrassed the publishers of the U.S. Catholic magazine America, and prompted some heated comment on Catholic Web sites. America, a weekly run by the Jesuit order of priests, said in a statement it was embarrassed and offended by the ad, which it said had been published unknowingly in its December 5 edition. The apparent prank by the London-based artist Steve Rosenthal offered what he called the “Extra Virgin” statue for sale, “a stunning statue of the Virgin Mary standing atop a serpent wearing a delicate veil of latex.” A colour photograph showed a statue of magenta-robed Mary, who according to Christian teaching was a virgin when she gave birth to Jesus, covered with a translucent but visible condom.
America’s editors offered a statement of apology: “We were embarrassed to have readers call our attention to the offensive advertisement that escaped our unknowing eyes and appeared in the December 5 issue. The offence was compounded when we learnt in the advertiser’s reply to a concerned reader that he had intended his art as an assault on Catholic faith and devotion. The Catholic World News website ran a copy of the ad and blamed the magazine, and one blogger on the site urged readers to complain to the editor and his regional superior. 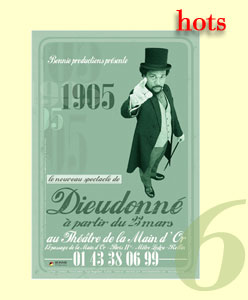 Dieudonné M’bala M’bala, anti-jewish entertainer, France
One of the probable runners for the 2007 French presidential campaign is meant to be quite troublesome. Dieudonné M’bala M’bala, born in the Parisian banlieu from a Camerooneese father and a Brittany mother, fulfils the Parisian and French theatres with his provocative monologues against the Zionist lobby, the Sharon-Bush axe and the condemnation of the Holocaust. His shows are always sold out and his standing for the elections aims to conquer the votes of the worse off, gathering on hate part of the black Arab community. Besides, his success is connected with the long wave of the so-called “neo-con” intellectuals that, from Houllebeq to Finkielkraut, have always sustained provocative extreme ideas in a typical French style. However, their origin was Jewish…. He that strikes with the sword? 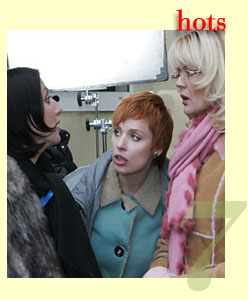 Balzac Age, Tv serial, Russia
Balzac Age, or All Men Are Best… (as in bastards) is a comedy about sex in a big city. Some say it is the Russian version of Sex and the City, since it is the story about four attractive women, love and sex. This popular television program, successfully running its second season on Russian TV, takes its name from the popular expression “a lady of the Balzac age,” a polite Russian way of referring to a woman who is getting on in years, that was taken from the 1844 novel by Honorè de Balzac, A Woman of Thirty. Although the structure of the show is similar to the U.S series, four single friends searching for a man, it tackles issues closer to the Russian reality. It doesn’t include explicit sex scenes and Vera, Alla, Sonia and Yulia, the show’s protagonists, have a different mentality, less glamour and more friendship. 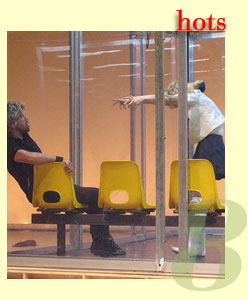 Big in Bombay by Constanza Macras, Ferrara
The Ferrara’s City Theatre presented the show Big in Bombay, developed by the argentinian choreographer Constanza Macras and the german dance group Dorky Park. On stage fifteen interpreters dance, act and talk in a mix of performances that reminds Bollywood. The show is set in a big waiting room, a place where time doesn’t go on and people are strangers. The atmosphere, that seems to be harmonic, suddenly turns into hate and violence; the reason is that in a place, like a waiting room, in which people think more is easier that thoughts become bad thoughts. 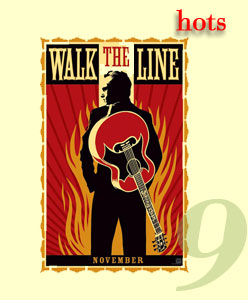 Walk The Line by James Mangold
It’s an exceptional time for biographical performances in Hollywood films, what with Philip Seymour Hoffman in Capote and David Strathairn in Good Night, and Good Luck already stirring major pre-release excitement. Add to those the lead turns in Walk the Line. Reese Witherspoon does a sensational job as lifelong performer June Carter, while Joaquin Phoenix gains in conviction as pic builds to put over a very credible Johnny Cash. Their surprisingly good vocal perfs on the many well-known songs are icing on the cake. Based on two Cash autobiographies and written with input from the couple up to their deaths in 2003, script by Gill Dennis and Mangold spends just enough time on Cash’s rural ’40s Arkansas youth to establish two keys to his personality: the tragic death of his beloved older brother in a dreadful circle-saw accident, and his father’s intransigent disdain for Johnny, whom he saw as his “bad” son. “The Devil did this,” Ray Cash (Robert Patrick) rails. “He took the wrong son.” 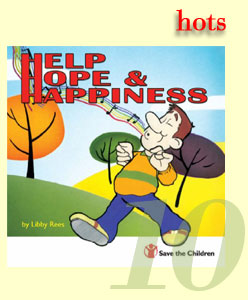 Help, Hope and Happines, by Libby Rees, UK
A 10-year-old girl has signed a deal to publish a self-help book she wrote when she was nine to help her cope with her parents splitting up. Libby Rees, from Hampshire, wrote 60 pages of tips for kids going through the same experience. Her hints for sad situations include things like: “Take a break: try to find some time to be alone.” After getting her publishing deal for Help, Hope and Happiness, Libby has been asked to write two more books. Libby’s mum Kathryn Loughnan described how she came up with the book: “She was just saying that every time she threw a stick for the dog she was throwing away something that irritated her. “We didn’t really take it seriously at first but she went away, wrote her list and then came back and said she wanted to use the computer,” she continued. “Quite often if you don’t seize the moment you lose it so I went away and did some housework and she got started.” Some of the money from sales of the book will go to charity Save The Children.