The Lord of The Rings – The Two Towers by Peter Jackson

We’ve Got Tonight by Ronan Keating

I kill by Giorgio Faletti 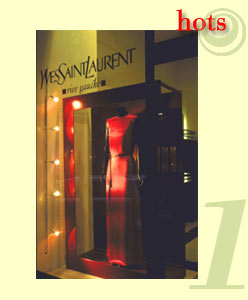 Yves Saint Laurent, Milan
Yves Saint Laurent‘s new boutique, which opened in Milan on 12th December 2002 is, with its 850 square m. the largest in Europe. Above all, after the boutiques opened in New York last year and in London at the beginning of this year, it is a re-confirmation of a sensorial and tactile conception of space. The new concept, studied personally by Tom Ford and the architect William Sofield, finds its own aesthetic fil rouge in the space distribution, which it develops using black painted walls side by side with chromed aluminium and sofas upholstered in colt’s hair, a severe matrix that contrasts with the rough flooring in anthracite-coloured cement and with the inlaid oak panels. The stairway that leads to the first floor of the space is constructed of black enamelled steel. 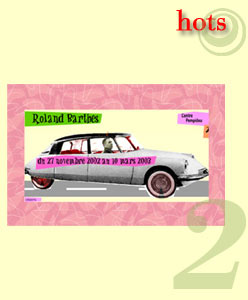 Roland Barthes, Paris
In Paris an exhibition is being held with the aim of highlighting periods and works of the extraordinary career of the French thinker Roland Barthes. From 27th November 2002, to 10th March 2003, the exhibition organised by the Pompidou Centre and IMEC – Institut de la Mémoire de l’édition Contemporaine – has opened its doors to the public to talk about the world of objects (Mythologies), Japan and the Impero dei Segni, a Camera Lucida type section, but also studies, manuscripts, together with a selection of sketches in watercolour, ink and tempera. Works by famous artists such as Louise Bourgeois, Pieter Jansz Saenredam, Giuseppe Arcimboldo, Piet Mondrian, and others are also on display. 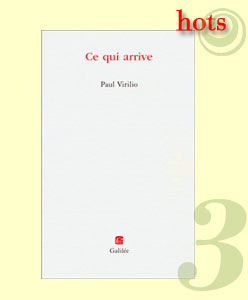 Ce qui arrive (Unknow Quantity) by Paul Virilio – Paris
French philosopher, Paul Virilio, in his book, Ce qui arrive (Unknow Quantity) puts forth his theory on the intrinsic nature of catastrophes and accidents. With the events of 11 September 2001 we have entered the age of deliberate, willed accidents, strategic acts in an all-out total war. Toppling the Twin Towers in that way was only possible thanks to the perfection of thought in regard to technology. With the globalization of the media, terrorist acts have been transformed into an expression of power. Inventing the ship is tantamount to inventing shipwrecks. This issue is dealt with in an exhibit entitled, Ce qui arrive (Unknow Quantity), presented at the Fondation Cartier in Paris, a show that was mounted by Virilio, himself. 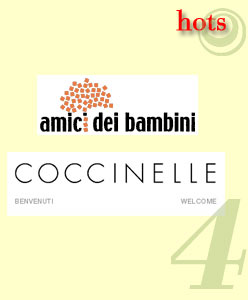 Coccinelle and Amici dei Bambini, Milan
Christmas 2002 abounded in charity initiatives, supported by various different companies and institutions. One of the most interesting and most successful in Milan was the one organised by Coccinelle on behalf of the Amici dei bambini (Friends of Children) association. The Parma-based company allowed its Show Room to be used for a charity sale of high standard products donated by a group of prestigious companies operating in several product fields. The initiative was so successful that it was repeated in the space of a few days. The products for this special Christmas sale were offered at 50%, by companies such as: Agatha Ruiz de la Prada, Alessi, Bagutta, Boucheron Parfums, La terra dei Sapori, Luca Moretti, Napapjri, Petit Bateau, Pupi Solari, RCS libri, Studio FM, uva Viola and of course Coccinelle. 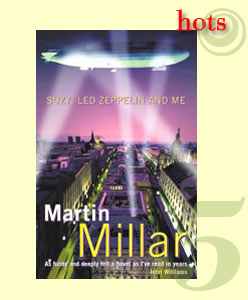 Suzy, Led Zeppelin and Me by Martin Millar
The Scottish writer Martin Millar (who was born in Glasgow, but who has lived for a long time in London) uses an original and very immediate style to talk about the adventures of some Scottish adolescents in 1972. In Glasgow the legendary English rock band Led Zeppelin is about to play a concert. From the sky some “angels” of music, such as Janis Joplin, Jimi Hendrix and Sonny Boy Williamson are about to escape from heaven in order to attend the concert. A historical and social “slice of life”, which is witty and humorously nostalgic. 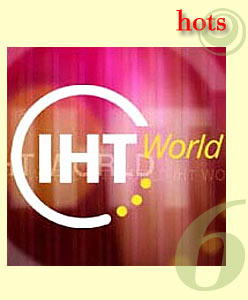 Luxury Unlimited, Paris
A conference dedicated to the world of luxury and of fashion and called Luxury Unlimited was organised by the International Herald Tribune in Paris during the first week of December 2002. Main players in luxury goods industry, represented by Burberry, LVMH, Richemont etc., journalists, stylists but also financial experts met together at this event in order to pinpoint solutions that might enable the “Luxury Goods Industry” to overcome its moment of crisis. New strategies for Europe, the transformation of luxury products into Òaccessible goods, and the stimulation of the consumer’s desire were some of the most discussed topics. 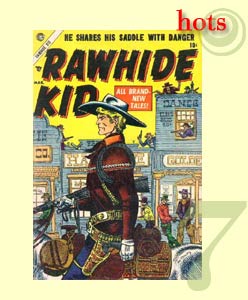 Rawhide Kid
Rawhide Kid, the hero of the western cartoon strip from Marvel Comics, has always been more at his ease with pistols than with women, and the next number will in fact reveal that he is gay. “It will be the first gay western cartoon strip” confirms Joe Quesada, chief editor of Marvel Comics. Blue eyes, red hair, white gloves and an expensive cowboy’s hat for this character who was created in 1955. 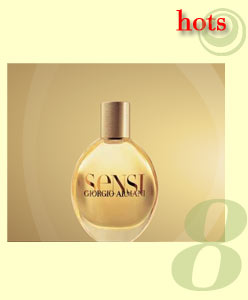 Sensi Armani, commercial
Zhang Yimou, the Chinese director of Lanterne Rosse, has made his advertising debut with a commercial filmed to launch Giorgio Armani’s new women’s fragrance, Sensi. The essence is contained in a translucid bottle, shaped like a leaf, silk-screened on both sides, which is in its turn contained in a case with a design based on one of the stylist’s dresses. The central character in the short clip, wearing a red crèpe dress, drapes herself languidly across a table as she murmurs: “Sento, quindi sono” (I sense, therefore I am). 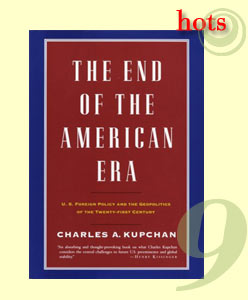 The End of the American Era by C. Kupchan
A great sensation was created In the United States by the publication of a book entitled The End of The American Era, which questioned the future hegemony of the American empire in the world. The authority of the author, Charlie Kupchan, director of the programme of European studies of the Council on Foreign Relations in New York, makes the prediction even more disquieting and interesting. According to the analysis of Kupchan – one of Clinton’s ex aides – Europe is in a stage of progressive political and economic growth and maturation, whereas the USA seems to be a prisoner of political orientations that represent the sum of isolationism and unilateralism together, pushing the Country towards a crisis of credibility in the eye’s of the world. 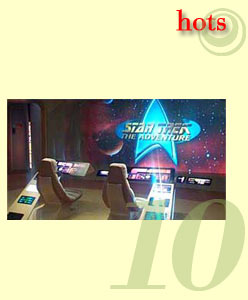 Star Trek Adventure, London
A “space-age” Christmas this year for English children (and adults)! After the 007 exhibition at the science museum, Star Trek Adventure, a gigantic hangar housing the Star Trek space ship, on display together with films and special effects, has been opened in Hyde Park. Outside the exhibition a giant screen shows fragments of film and various stages in the construction of the space ship, all of which coinciding with the launch of the new film Star Trek: Nemesis.