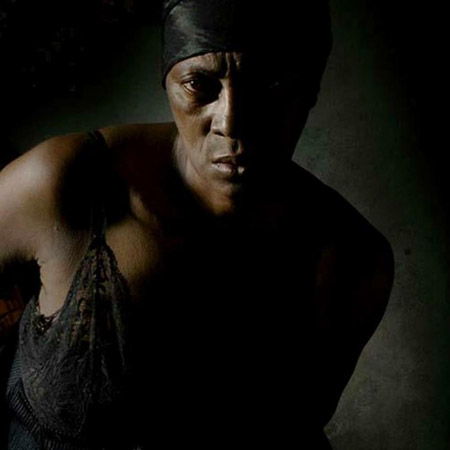 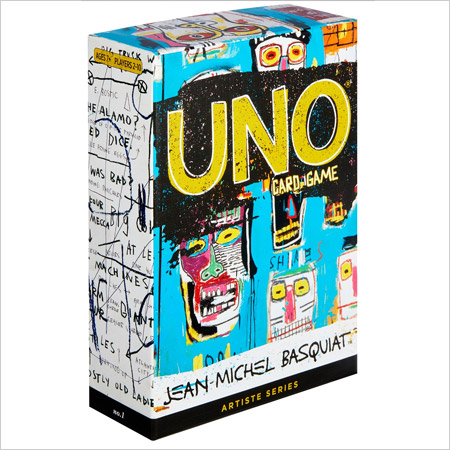 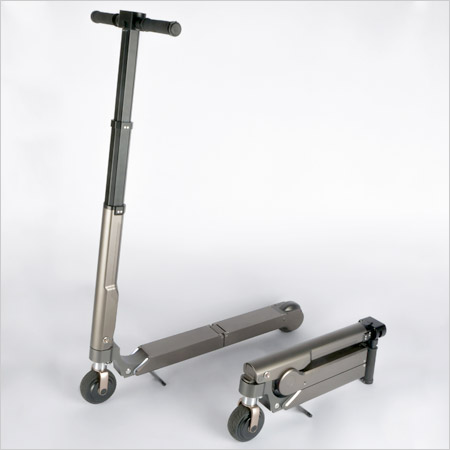 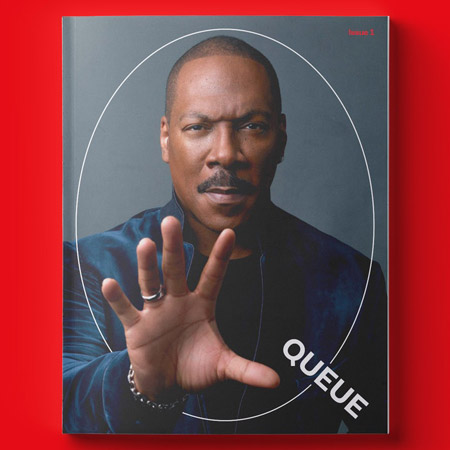 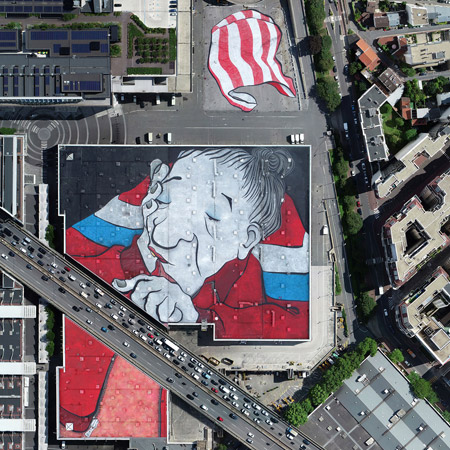 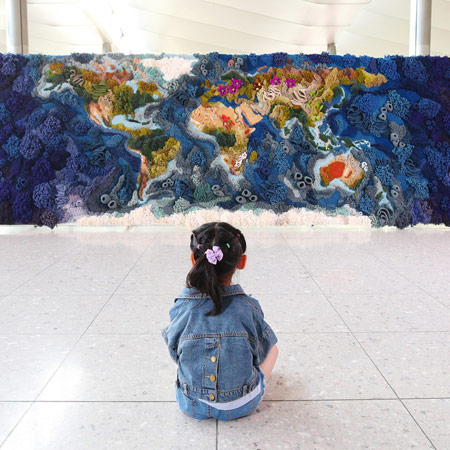 Botanical Tapestry by Vanessa Barragão – London
Portuguese designer Vanessa Barragão uses ecological weaving techniques to make collections of modern rugs and tapestries, using industry-wasted yarns. Lately she has created a huge map, the Botanical Tapestry installation: a large tapestry, which resembles a textile sculpture, and represents the world with references to the flora of the various continents precisely to make the public aware of pollution and the increase in water temperature. The work, commissioned from London Heathrow airport and the Royal Botanic Gardens at Kew, was positioned in the area destined for departures at London Heathrow airport, where during the month of August a large number of travellers were able to admire it. To complete the tapestry, 20 meters long, Vanessa Barragão needed 520 hours of work. 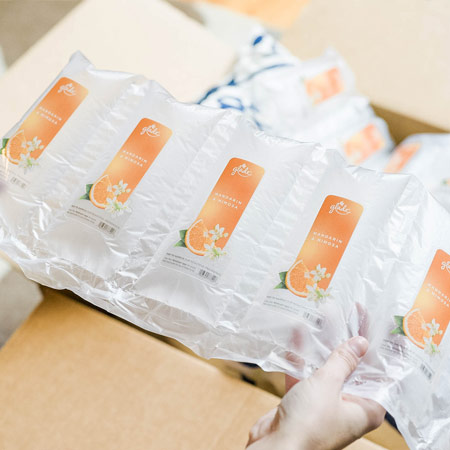 Scent by Glade campaign – Ogilvy Chicago
How to experience a very physical product in a digital context? Glade has surmounted the problem of getting online consumers to test out a smell-based product. It did this by bringing a product sample directly into people’s homes while bypassing the need of brick and mortar stores. The brand effectively turned wasted real estate in the online purchase journey – the unpacking of deliveries – into what it calls “a living, breathing experience”. Scent by Glade placed the product in its intended environment of use – the home – building a connection between the product and the consumer via an olfactory experience. Teaming up with mega retailer Walmart was also crucial for this campaign to have impact and scale. Brand owner SC Johnson took the air-filled packing pillows omnipresent in delivery boxes and filled them with Glade instead. When consumers popped the pillows, they got a whiff of a Glade scent, and then were offered the opportunity to purchase via a QR code. During the first week after launch, Glade sales of the sampled scents went up 83% on Walmart.com 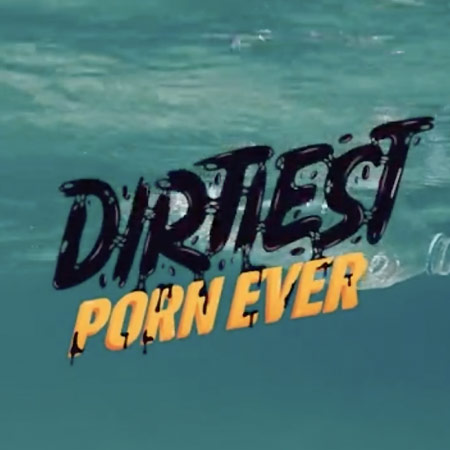 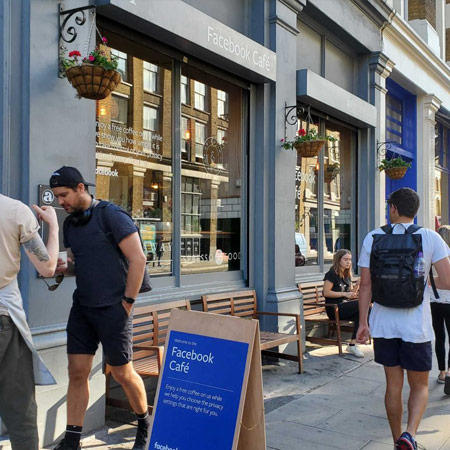 Facebook Privacy Cafès – United Kingdom
In the United Kingdom the British Facebook Unit realized some Privacy Cafès: five pop-up cafes in London, Edinburgh, Cardiff and Brighton. Opened from 28th August to 5th September the cafès have the purpose of teaching Facebook users how to manage the protection of their online data, in response to a recent survey which showed that 27% of Londoners do not know how to personalize the privacy of their profiles. While enjoying a free coffee, cappuccino or mint tea, Facebook users could check their privacy settings by setting them as desired, with deeper awareness of what data and with whom is shared. Two of the pop-ups were opened in London: The Attendant on Great Eastern Street and Takk on Tariff Street. Steve Hatch, Vice President of the platform for Northern Europe, commented: “It is normal to worry about who can see what we share on social media, but not everyone knows how. For this reason we have made the personalization of privacy fast and simple”. 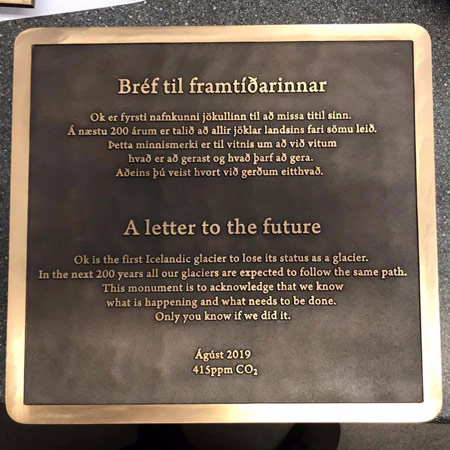 Okjökull’s Funeral – Iceland
Okjökull is the first Icelandic glacier melted due to the climatic crisis caused by human activity, a huge and painful loss for the entire population of the Iceland. Thus, to mourn, on August 18 a group of environmentalists and politicians took part in the commemoration of the glacier, organized as a veritable funeral service, with speeches, poems, a death certificate and a plaque. On the plate you can read: “In the next 200 years all our glaciers are expected to follow the same path. This monument is to acknowledge that we know what is happening and what needs to be done. Only you know if we did it”. The documentary film Not Ok, by anthropologists Cymene Howe and Dominic Boyer, filmed in 2018, tells the story of the glacier until its death. 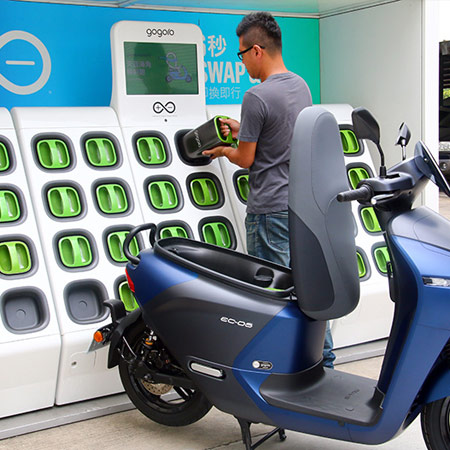 Yamaha EC-05 scooter for Gogorp – Taiwan
The first electric scooter produced by the Japanese company is called Yamaha EC-05, and it’s the result of the collaboration signed a year ago with the Taiwanese company Gogoro. In the small electric scooter sector, Gogoro is well known, thanks to its swappable battery system with charging stations distributed throughout the streets of the cities where it is present. The main feature of Gogoro scooters is the double battery pack. Each block can be removed and recharged at home, or quickly replaced in storage and recharging centers that are widely distributed on the streets of the Taipei. The new scooter signed by Yamaha is marketed only in Taiwan, given that for the moment no pick-up and charging station has ever been installed in other countries of the world. 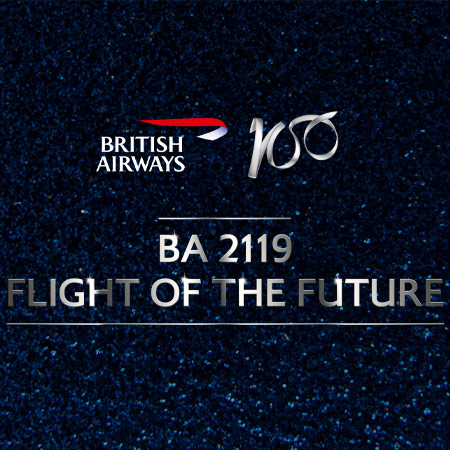 BA 2119: Flight of the Future exhibition – Saatchi Gallery – London
To celebrate its centenary British Airways launched BA 2119: Flight of the Future, a first-of-its-kind exhibition looking ahead to the next 100 years of flying. The exhibition was based on in-depth global research commissioned by the airline to identify what aviation might look like in 20, 40, 60 years and beyond. BA 2119: Flight of the Future, in collaboration with the Royal College of Art, looked to push the boundaries of imagination and explore how future generations will circumvent the globe in a world of advanced jet propulsion, hyper personalisation, automation, AI, modular transport, sustainability, health and entertainment. Set at the Saatchi Gallery in London, forty postgraduate students worked on the project to imagine the future of flight in both digital and physical form. Looking at the future through three lenses; aircraft, experience and people. 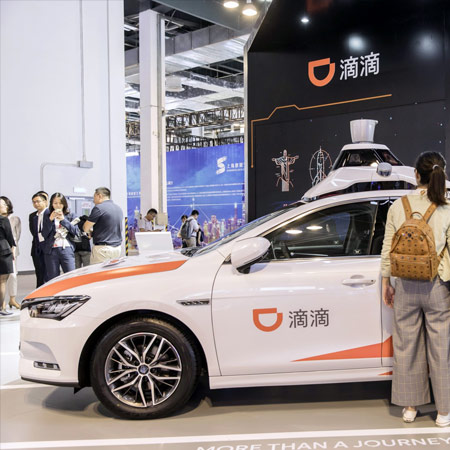 Robotaxi Hailing Pilote Service by DiDi Chuxing – Shanghai
On August 28th, Chinese ride hailing platform Didi Chuxing received the authorization of the Shanghai government, to activate a pilot service of autonomous-guided robotaxi in the Jiading district. The announcement of the launch of this experimental service was made by Cheng Wei, founder and CEO of DiDi, at Shanghai’s World Artificial Intelligence Conference. A fleet of 30 different models of L4 autonomous vehicles, that is highly automated and practically complete autonomous driving, will be available to users who want to book them through its app. 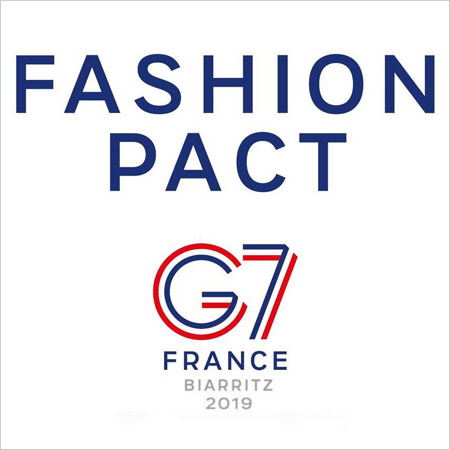 Fashion Pact – Paris
The largest alliance in the luxury and fashion sector concerning the environment was signed in Paris, before the G7 in Biarritz. 32 global companies signed the Fashion Pact proposed by François-Henri Pinault, President and CEO of Kering, on the official mandate of French President Emmanuel Macron. The shared objectives concern three fundamental themes: halting global warming; restore biodiversity; protect the oceans. Among the Italian member companies, Armani, Ferragamo, Moncler, Prada, Zegna. Fashion Pact includes different groups and brands, from luxury to fast fashion, fashion to sport and lifestyle, from textiles to distribution, already involved in separate environmental commitments. “It is not true that large groups do not move – Pinault had said in April – Everyone does things individually. The problem is that we don’t work together. We must think of collective intelligence because we move in an emergency situation“. 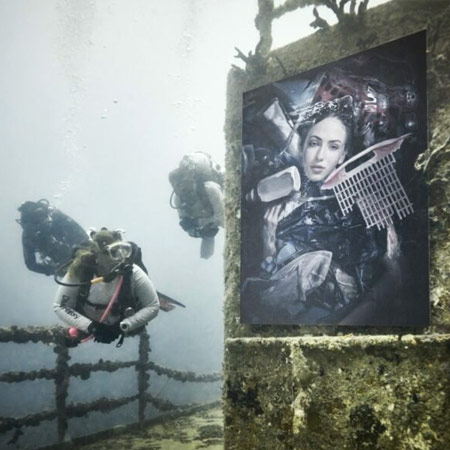 Plastic Ocean by Andreas Franke – Key West – Florida
It’s common knowledge that our oceans are suffocating because of our addiction to plastics. But there are some eco-warriors, like Austrian artist Andreas Franke, who are determined to bring more visual attention to the burgeoning issue, all in the name of saving our planet. Franke has recently installed Plastic Ocean, a project that saw 24 portraits of various people being drowned in a sea of plastic, submerged aboard the wreck of the USS General Hoyt S. Vandenberg off the coast of Key West, Florida (24.27 N, 81.44 W). Not only are the images provocative for their message about how our oceans are being converted into massive trash dumps, but the collection also features a series of generations. By using images of tiny babies, toddlers and adults, the message is clear: there is an urgency here that cannot be overlooked if we want to provide a safer world for the next generation. Franke considers the microorganisms the “signature of the sea” to become a part of the artwork, transforming each piece with a unique patina and offering a glimpse of the ocean’s beauty and its inhabitants that are worth protecting.