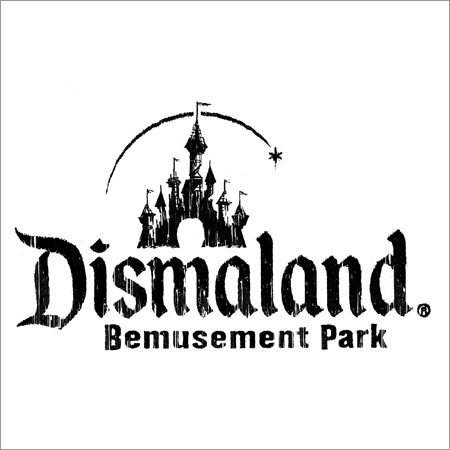 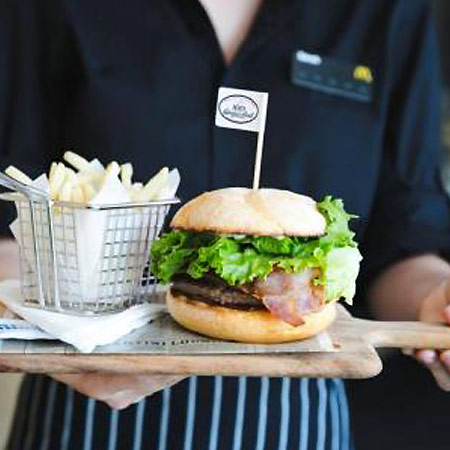 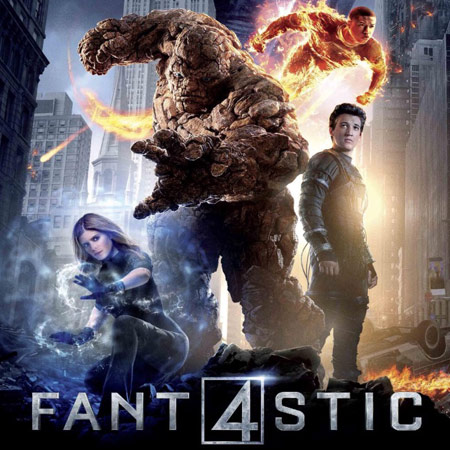 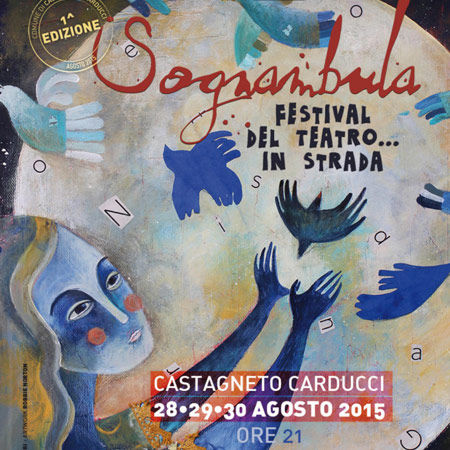 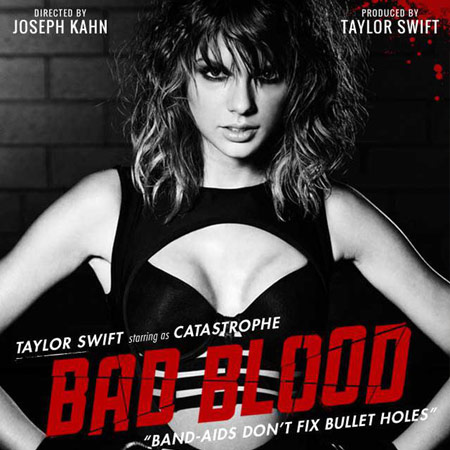 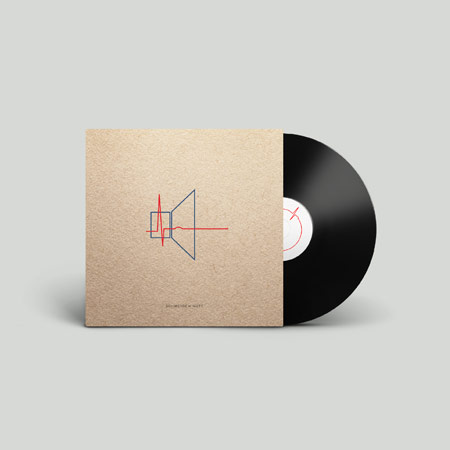 Schweigeminute (Minute’s Silence) by Raoul Haspel – Austria
A minute’s silence released by an Austrian artist to protest against the treatment of refugees in Europe is topping the country’s iTunes chart. Schweigeminute (“Minute’s Silence”), by Raoul Haspel, has been number one on the iTunes and Amazon download charts in Austria. The track is 60 seconds of total silence and is being played by several radio stations in Austria and Germany. Proceeds from Mr Haspel’s song, which beat German DJ Robin Schulz to the top spot through pre-orders alone earlier this week, will go towards people in the asylum processing centre in Traiskirchen. Traiskirchen is Austria’s main refugee processing centre and has been heavily criticised by the UN refugee agency, who branded conditions “intolerable, dangerous and inhumane”. 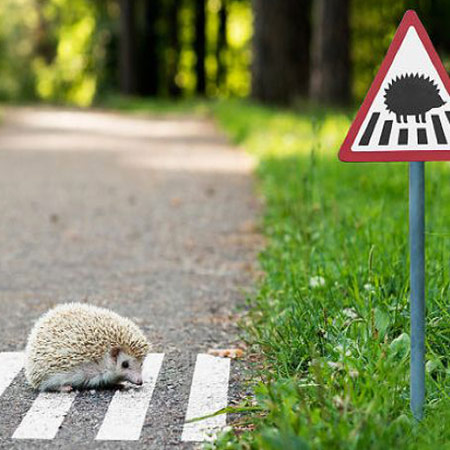 #TINYROADSIGN project by Clinic212 – Vilnius – Lithuania
The creative agency 212 Clinic, headquartered in Vilnius, Lithuania, has made the project #TINYROADSIGN, a system of mini-road signs that aims to remind the human beings, especially drivers, that they are sharing urban space with small animals. The agency has created a series miniature road signs that indicate the presence of sea urchins crossing the road, the pigeons in landing, a cat colony in a park, the ducks in the pond. A lovely but “powerful” project of artistic communication that invites people to pay attention and respect living things that inhabit the city, a creative way to emphasize the humans ego, who often forget to not be the only ones to world. The message is delivered in a simple and direct way: small road signs, mini-pedestrian crossings, signs indicating the ‘airports’ bird, gimmicks that beautify and make short and the main city junctions. 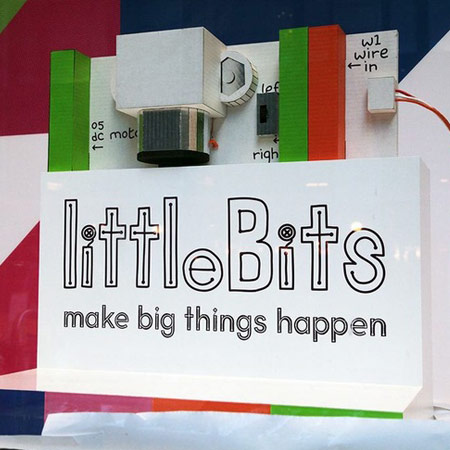 littleBits pop-up store – New York
The littleBits popup store in New York City opened its doors to the public on the 31rst of July. The hardware startup company opened their first physical location in SoHo. littleBits is an electronic building blocks system of easy to assemble circuit boards and components that snap together magnetically. There’s no soldering, wiring, or programming required. The store of about two hundred square meters, designed by Montreal-based Daily tours les jours is split into three sections, a demo area, retail shop and the workshop. CEO and founder of littleBits, Ayah Bdeir remarked that, for her, the future of retail is having the opportunity to make what you buy. Therefore the space encourages anyone to try their hand at building an electronics project. 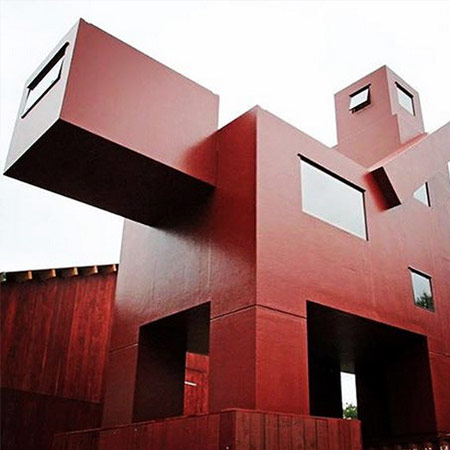 The Good, The Bad and The Ugly installation by Atelier Van Lieshout – RuhrTriennale – Germany
Dutch studio Atelier Van Lieshout has unveiled its largest installation to date: a giant art village at the Ruhrtriennale arts festival in Germany. Dutch theatre director Johan Simons, who also serves as artistic director of the Ruhrtriennale, invited Atelier Van Lieshout to contribute to the festival, which takes place across the Ruhr region. The Good, The Bad and The Ugly is an expansive, immersive installation – part retrospective on Joep Van Lieshout’s large-scale structural practice as well as an arena to display new projects, together comprising a place ‘for everyone who is curious,’ and the Atelier’s biggest work to date. Set across the course of six weeks, the Ruhrtriennale brings together art, theatre, dance and music, and last year attracted more than 50,000 visitors. 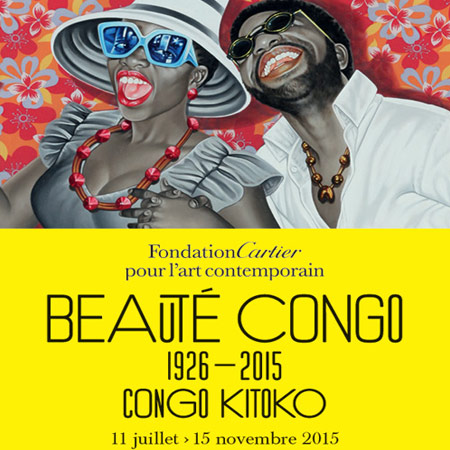 Beauté Congo 1926-2015, Congo Kitoko exhibit – Fondation Cartier – Paris
The Fondation Cartier in Paris features the exhibition Beauté Congo 1926-2015, Congo Kitoko. Starting from the birth of modern painting in the Congo in the 1920s, this ambitious exhibition traces almost a century of the country’s artistic production.
Although specifically focusing on painting, the exhibition will also include music, sculpture, photography and comics, to providing the public with the unique opportunity to discover the diverse and vibrant art scene of the Nation. In conjunction with the exhibition, the Nomadic Nights program of performing arts events will focus upon Congolese contemporary music and dance throughout the duration of the show. 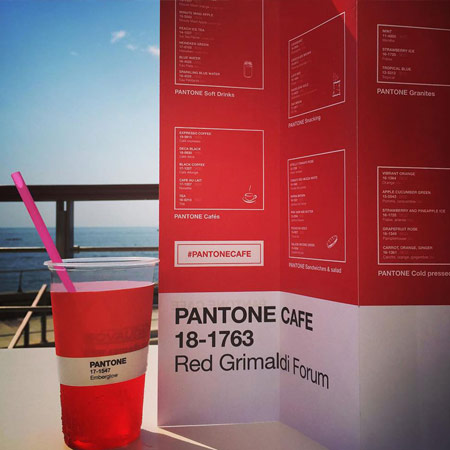 Pantone Cafe – Principality of Monaco
The first coloured Pantone Cafe opened in the Principality of Monaco, at the Grimaldi Forum along the French Riviera, where each product is associated with a wide range of Pantone colors. Until September 9th, customers can drink a Pantone 17-1227 cup of milk, or a lot of sandwiches and snacks referred to a different Pantone colour. For example, one Spritz should be tasted in a vibrant orange colour cup. Even the layout of the cafe is consistent with Pantone: some saturated tones of the colours were used for the folding chairs, the food trays, napkins and the facade of the pop-up space. It contributes to an overall visual experience. The cafè opens for breakfast with coffee and pastries and during the day offers sandwiches, cakes, salads, juices, snacks and homemade ice. “What makes Pantone Cafe’s concept so original and unique is the association of a taste to a Pantone color, a true psychological link…” says Noémie Montalbano of Monaco Restaurant Group. “…for the first time, people are able to color coordinate their lunch and taste the colors.” 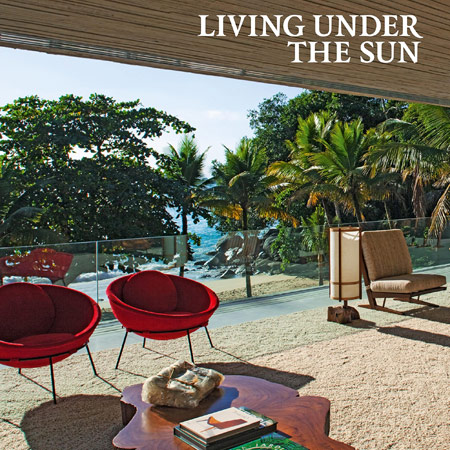 Living Under the Sun book by Michelle Galindo, Robert Klanten and Sven Ehmann
The book Living Under the Sun explores interiors and architecture created between the Tropic of Cancer and the Tropic of Capricorn, in Asia, Australia and Latin America. The volume does not present an atmosphere, but rather the search for a comprehensive approach that embraces different genres to create something completely new. This is the idea that inspired the editors of the book published by Gestalten, testifying to the fact that these housing solutions have much to teach us in terms of culture, aesthethic and lifestyle that inspired, over the years, designers from all over the world in different fields: architecture, design and fashion. Light could be considered a key-element. A special natural light penetrates and characterizes all environments. It is the true protagonist of the book, along with the interpenetration between indoors and outdoors and the perfect fusion of nature and architecture. 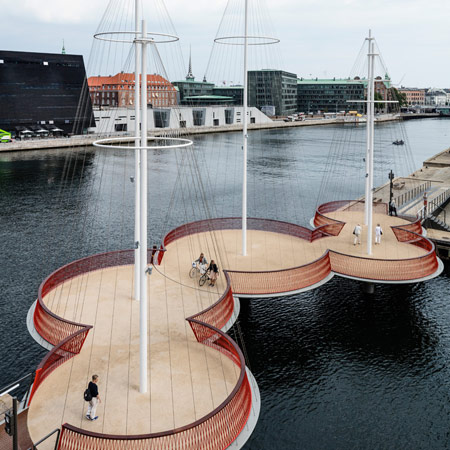 Cirkelbroen bridge by Olafur Eliasson- Copenhagen
Cirkelbroen has been opened: the new bridge masterpiece artist Olafur Eliasson that goes beyond the traditional concept of the bridge. The name “Cirkelbroen” (literally the circular bridge) comes from its shape: five circular platforms of different sizes, each with its own “mast” in the center. The Cirkelbroen as an alternative to a straight line on the water and invites pedestrians and cyclists to slow down, thus creating a real space between two adjoining urban areas, going beyond its function of connection and fast route through Christianshavn Canal. 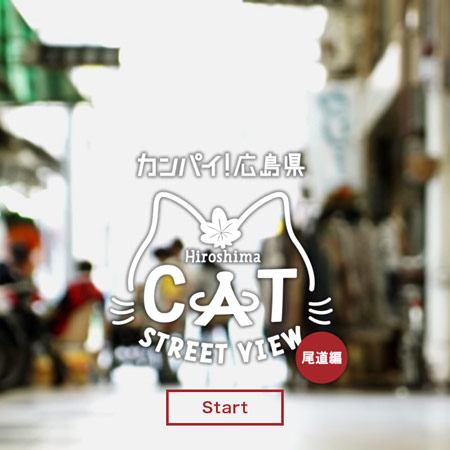 Google Street view for cats – Onomichi – Japan
Google’s most popular mapping features is now available for everyone’s favorite furry felines. Hiroshima’s tourism board reportedly created a Street View mapping application that’s positioned at the height of a cat. The feature currently works for the city of Onimochi, allowing users to see the world through a cat’s eyes and explore restaurants and shops in the area. “We were seeking to introduce a different way to look at our cities and offer a view of the streets that wasn’t available before,” a Hiroshima tourism official said. The map now covers a shopping arcade and surrounding areas in Onomichi, which is about 70 kilometers east of Hiroshima city. It includes most features seen on other interactive online maps, such as camera angle functions and details about local shops. It also has a selection of 11 pet cats kept in the area with links to their backgrounds. 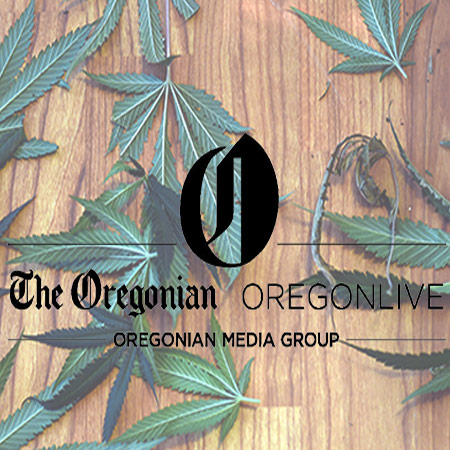 The Oregonian seeking a reviewer of marijuana – United States
The Oregonian, the official newspaper of Portland, Oregon, and its website Oregon Live are seeking a “freelance reviewer marijuana”, someone willing to “try” and to write their impressions. His job, paid, will be to write reviews about marijuana and all products associated with it. Among the requirements, the candidate must have experience in the field and be “a consumer with a deep knowledge of different types of products on the market.” The state of Oregon, which legalized the use of marijuana for recreational purposes for the legal age of 21 years, would like to become a leader in this respect. Since the Advance Publications, which controls The Oregonian requires its employees to undergo drug testing, the job is reserved exclusively to freelance.