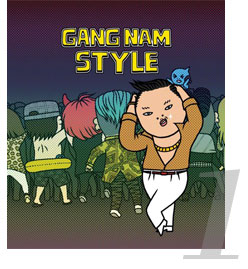 Gangnam Style by Psy – South Korea
Gangnam Style is a dance pop single written and performed by Korean pop singer PSY, best known for his quick-witted sense of humour and comical dance moves. Since the release of the song and its highly entertaining music video in mid-July 2012, the video has gained nearly 100 millions views in just over a month and spawned numerous parodies and copycat dance videos on YouTube. Upon its release, the song took off on virtually all Korean billboard charts, portal search sites and online music stores, but it began garnering international attention after the video went viral on YouTube during the third week of July 2012 (among the media: Billboard, ABC and CNN). Gangnam Style is a Korean neologism referring to the upscale fashion and lavish lifestyle associated with trendsetters in Seoul’s Gangnam district, which is considered the most affluent part of the metropolitan area. 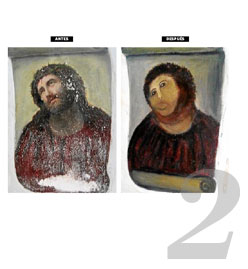 Cecilia Gimenez and the restoration of Ecce Homo – Borja – Spain
Cecilia Gimenez is an amateur Spanish painter, who became famous all over the world in August 2012 for the hazardous restoration of a painting of Elias Garcia Martinez in the Sanctuary of Mercy in Borja, Spain. Her intervention on the Ecce Homo of the parish has irreversibly damaged it, turning it into a grotesque and unrecognizable face. After an article in the newspaper Heraldo the news rapidly spread around the world, creating memes and parodies of all sorts, including Cecilia Prize, which allows anyone to create their own version of the restoration. 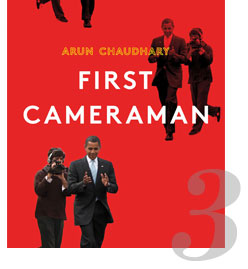 First Cameraman: Documenting the Obama Presidency in Real Time by Arun Chaudhary – USA
The first official White House videographer chronicles in the book First Cameraman his time capturing behind-the-scenes moments of the president and his administration. From the early months of the 2008 campaign and through the first two and a half years of the Obama administration, Arun Chaudhary had a unique perspective on the President of the United States. Some of the moments Chaudhary captures are small, some are intensely emotional, and some are just plain bizarre. This entertaining and eye-opening book – which includes stories and images of key players such as Barack and Michelle Obama, Joe Biden, and Hillary Clinton, among others – gives readers a unique view of the presidential time. 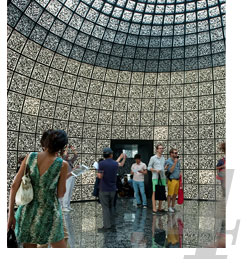 Skolkovo – 13th International Architecture Exhibition – Venice
At the Biennale of Architecture in Venice, Russia is represented by the team of Skolkovo, the planned futuristic city. Curator and architect Sergei Tchoban designed the Russian pavilion divided in two parts, ‘i-city’ and ‘i-land’ addressing Russia’s past and its future in a highly interactive experience, using QR-code technology as a texture decor. Three rooms, one of which is domed, have walls ceiling and floor completely covered by codes, alternately lighting up, providing the opportunity to discover the architectural projects linked to Skolkovo, thanks to a tablet distributed at the entrance. The images that can be discovered are of 37 closed cities created in the Soviet Union during the Cold War period from 1945 and 1989, for scientific research. These cities were known only to the secret services and completely invisible to the rest of the world. Times have now changed, and these closed cities have given way to open cities, the visitor then goes upstairs and is able to discover everything about the city of Skolkovo, an i-city completely dedicated to scientific research and education. 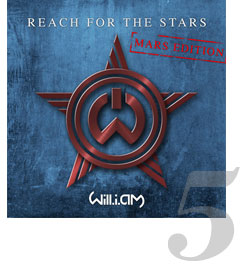 Reach for the Stars by Will.i.am – Mars
On August 6th, Black Eyed Peas singer Will.i.am’s song Reach for the Stars became the first song ever to be broadcasted from Mars. NASA’s rover, Curiosity, transmitted the orchestral piece back to Earth, using its built-in technology to transmit the song via radio waves, to an audience of students at the Jet Propulsion Laboratory in Pasadena, California. The song is said to be part of a larger effort to encourage science, technology, engineering, arts and mathematics (STEAM) education. Proceeds from “Reach for the Stars”, which costs $1.29 on iTunes, will be used to help bring science-focused schools to inner cities, according to Will.i.am’s Twitter account. 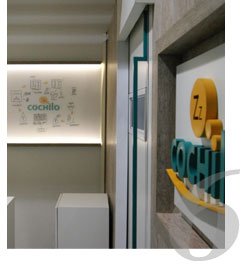 Cochilo – São Paulo
An innovative service was launched this month in São Paulo, in a shopping centre on Rua Augusta. Cochilo is the first “cochilódromo” of the city, a place specifically designed to take a “nap” in comfort and tranquillity, for a fee. The service features soundproof booths, each with a special bed, soothing music and soft lighting. Customers can decide the length of the nap, from 15 minutes to an hour, and don’t worry for the awakening, which will be on time and gradual, thanks to the vibrations of the bed and flashing lights. Up until now, the service has been rarely used, but Marcelo Von Ancken, owner and founder, is optimistic. 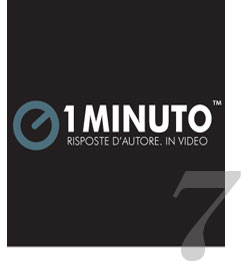 1minuto.info – Italy
1minuto.info is an online editorial product by Loft Media Publishing conceived by Paolo Conti. It answers the question: “if everybody is looking for answers on the web, how is it possible they are guaranteed the seriousness of the answers?”. The web site 1minuto.info has been developed for this reason, and it is somewhere in between information and training. It is an archive of videos concerning questions and answers to interest the largest number of people. All the answers are offered to visitors as a video that lasts only 1 minute, where it is possible to have a full transcript of the answer itself. At the moment, the themes are about ICT, Social Media, Research and Innovation, Startup and Enterprise. The evolution is that of a virtuous circle between experts, users (with interesting questions) and those passionate about training and information, willing to become video reporter to interview the experts 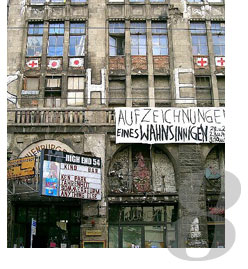 Tacheles closed – Berlin
The Tacheles, a former and the largest Social centre in Europe, has closed its doors after years of opposition to eviction. The last remaining artists had to give up and return the keys of the building on Oranienburger Strasse, in the heart of Berlin’s Mitte district. A modern Art Gallery, cinema and destination for the “alternative” young, it was the stage for performances and a underground scene venue for over twenty years. There were no protests or violence during the eviction, but the retracing of the history of this temple of European counterculture through various artistic performances, including a surreal underground style funeral. 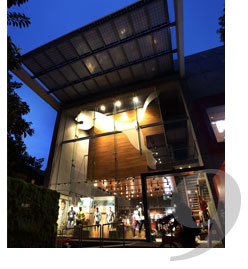 First Puma sustainable store – Indiranagar – India
On August 23rd in India Puma unveiled its first sustainable store: the new store located in the province of Bangalore, Indiranagar, is spread over 800 sqm. The choice of using sustainable and recycled materials, with a series of design elements and details that will ensure major energy savings, is of strategic importance for the brand. In addition to the initiative “Bring Me Back”, an in-store recycling program for footwear, accessories and clothing, the new Puma store will sell a wide range of products made with organic cotton, produced in Africa. 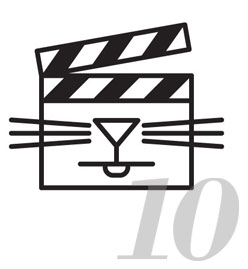 First Internet Cat Video Film Festival – Walker Art Center – Minneapolis – USA
The Walker Art Center in Minneapolis held its first Internet Cat Video Film Festival, where 70 carefully selected cat videos played for over 60 minutes. The organizers tested the boundaries of legitimate art with a film festival devoted to the online cat videos that pervade YouTube and social networks. It’s not unheard of for some cat videos to rack up as many as 50 million YouTube views. The festival made room for various kinds of cat videos, with categories for comedy, drama, foreign, animated, musical, art-house and documentary. Organizers said they wanted to find out whether the private experience of viewing the videos online would translate to a shared and social experience when shown on an outdoor screen on the museum’s grounds. The answer? More than 10.000 attended the festival.