40 Years of Chez Panisse: The Power of Gathering by Alice Waters 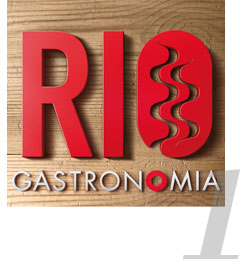 Rio Gastronomia Festival – Brasil
With the desire to become the Culinary Capital of Brazil, Rio de Janeiro performed the first edition of the Rio Gastronomia Festival, which had special menus at 416 restaurants, shows and cultural tours related to cooking. The festival theme – “The Universal Carioca Kitchen and Regional and International Influences in our culinary” – celebrated the diversity of the cuisine and culture of Rio during the eleven days event. A vehicle called Cooking Show passed by neighborhoods across the city, taking on board many chefs who made reinterpretations of traditional foods and snacks like the local finger foods. The programming of Rio Gastronomia also included the script “Delights of History” with guided tours by some of the more traditional bars and restaurants of Rio. There was also series of workshops for adults and children with great chefs and musical attractions in many parts of the city.

Rise of the Planet of the Apes by Rupert Wyatt
Rise of the Planet of the Apes was released in the USA, Canada and India and it differs from the original, as well as Tim Burton’s 2001 re-make of the original, because it was made using computer-generated imagery (CGI) technology instead of using real apes, make-up or prosthetics to turn actors into apes. Unlike the other two, this film takes place in present-day San Francisco instead of in the future and uses motion-capture performances (similar to those used in the film Avatar), which for the first time in the technologies history has reached a level of sophistication capable of capturing the performance and live-action sequences at the same time. With the making of this film, it is also the first time that this technology has been sophisticated enough for outdoor shooting away from the studio. 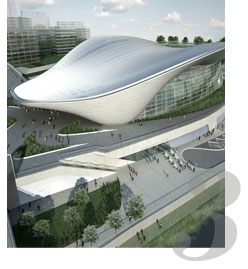 Aquatics Centre by Zaha Hadid – London
Construction of the Aquatics Centre for the London 2012 summer Olympics by Zaha Hadid Architects is complete and will be the ‘gateway’ to the Olympic Park. The Centre is inspired by the fluid geometries of water in motion, creating spaces and a surrounding environment that reflect the riverside landscapes of the Olympic Park. An undulating roof sweeps up from the ground as a wave, enclosing the pools of the Centre with a unifying gesture of fluidity, while also describing the volume of the swimming and diving pools. Capable of holding 17,500 individuals at one moment for the London 2012 Games in ‘Olympic’ mode while also providing the optimum spectator capacity of 2000 for use in ‘Legacy’ mode after the Games. The Centre is planned on an orthogonal axis that is perpendicular to the Stratford City Bridge. The overall strategy is to frame the base of the pool hall as a podium connected to the Stratford City Bridge. 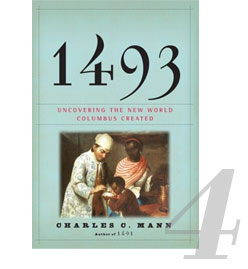 1493: Uncovering the New World Columbus Created by Charles C. Mann
The book narrates what has happened to the world since Columbus arrival to the Americas to this day, taking up “Ecological Imperialism”, historian Alfred W. Crosby’s classic, to develop the argument toward a completely new territory, globalization. The author enriches the economics approach to the theme with the less common ones of world history and immunology, giving an original, often upstream, picture of the process the “Columbian Exchange” began. We learn humans are not the only protagonists of this story, but instead they share the stage with plants, insects and germs, and we also learn Europeans, among all the peoples, perhaps are not the main actors of the process that has brought us in the “Age of Homogeneity”, as Mann calls the ecological era we live in. 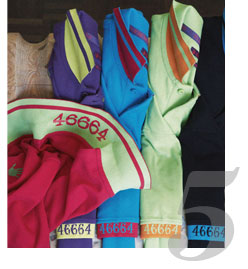 46664 Apparel Retail launch – South Africa
“Who would have imagined that this once negative number (Mr Nelson Mandela’s prison number) could one day be a brand that instead celebrates beauty?” declared Mr Tokyo Sexwale, South Africa Minister. The 46664 Apparel clothing range has made its debut in 15 Stuttafords stores nationwide on 20 August. 46664 Apparel is the new clothing line to be launched by The Nelson Mandela Foundation. The foundation has partnered with Seardel, South Africa’s largest clothing and textile manufacturer. The clothing line is to raise funds to support the foundation’s philanthropic gifts and help sustain the South African Textile industry. 46664 will be looking at collaborating with more local and international designers in the near future and these pieces should be available for purchase online soon. 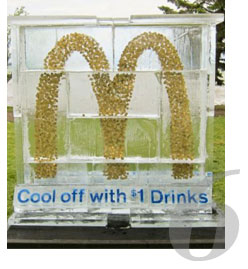 Dollar Drink Days ice sculpture by McDonald’s – Canada
To promote its range of $1 drinks, (Dollar Drink Days campaign) McDonald’s embedded 4,000 dollar coins in an 8,000 pounds ice sculpture at a beach party in Alberta. Customers were asked to chip away at the sculpture to get at the loonies inside. The coins were in the shape of the golden arches, and the video shows customers using sticks, stones and various other methods to get at the frozen cash. The sculpture was strategically placed near the Sylvan Lake Pier – an area frequented by young adults and families, and surrounded by recreational summer activities – in order to attract high levels of interaction. 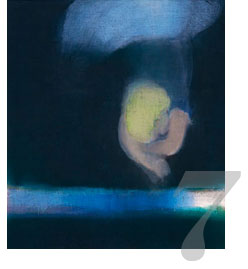 Transfiguration – by Leiko Ikemura – National Museum of Art – Tokyo
Transfiguration presents at The National Museum of Modern Art in Tokyo more than 100 pieces including paintings, ceramic sculptures and drawings: this is the first retrospective of Leiko Ikemura’s art in Japan. Born in 1951, Ikemura has moved from Japan to Spain, Switzerland, and Germany. Her works show girls lying down, metamorphosis of animals and humans, as well as colourful landscapes. The subjects seem adorable yet mysterious and are capable of expressing her will to build bridges between the East and the West. Her interest in “transfigurations” recalls themes like the relationship between animals and people, unspoiled nature and human civilization, poetry and philosophy. 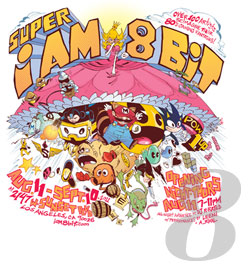 iam8bit.com Art Show 2011 – Los Angeles – USA
Video games? An art form. At least according to Jon Gibson, the creator of iam8bit, the major exhibition dedicated to the world of Pacman and friends taking place between the 11th of August and the 10th of September in Los Angeles: 4.500 square meters of exhibition at 2147 Sunset Boulevard, where over one hundred artists evoke an era influenced by interactive games, with sculptures and paintings, like Watch Your Step by Mizushima Hine, a tribute to Super Mario, or Zelda’s Slumber by Rich Pellegrino. Those who can not visit the exhibition can purchase the catalogue on Amazon. 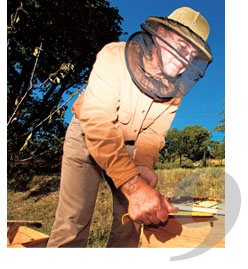 Stripe-suited workers create a new buzz at Stock Exchange – London
The London Stock Exchange is to welcome thousands of new worker drones this month, by introducing bees to its rooftop in the City. Europe’s largest stock exchange has taken delivery of two beehives which will receive their 100,000 residents in a fortnight. It is a step that will strike many as eccentric, both in the City and outside, but the Exchange’s chief executive Xavier Rolet, an avid beekeeper, is excited about the move, which he says is a small effort to address the threat to Europe’s dwindling bee populations. Honey bee numbers across Europe and North America have been falling in recent years, raising concerns for their future. It is hoped that the LSE’s warmer central London location will help its new colonies survive the winter. According to the London Beekeepers Association: “Urban bees have a wide range of forage, as the gardens and green spaces in cities contain a rich variety of trees and flowers.” 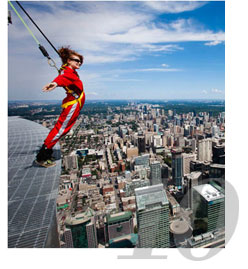 EdgeWalk at the CN Tower – Toronto
EdgeWalk at the CN Tower, Toronto’s most extreme attraction and the first of its kind in North America, opened for the first time to the public this summer. It is the world’s highest full circle hands-free walk on a 1,5 meter wide edge encircling the top of the Tower’s main pod, 356 meters above the ground. Visitors walk in groups of six, while attached to an overhead safety rail via a trolley and harness system. Trained EdgeWalk guides encourage participants to push their personal limits, allowing them to lean back over Toronto with nothing but air and breathtaking views of Lake Ontario beneath them. Designed with the highest international safety and security standards, EdgeWalk runs every 1,5 hours, with the outdoor walk lasting approximately 30 minutes. Tickets cost 175 Canadian dollars and include a keepsake video, photos and certificate of achievement. EdgeWalk will operate through October in all weather except for electrical storms and high winds.