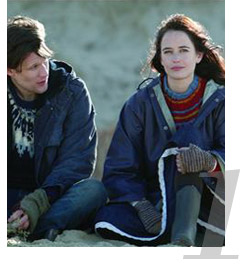 Womb by Benedek Fliegauf
The 63 edition of the Locarno Film Festival (4-14/8/2010) screened on August 10th Womb by the Hungarian director Benedek Fliegauf, an upsetting drama with a small cast of actors whose performances sustain a distended naturalistic scenario which highly contrasts with the nature of the theme. Human cloning provided for decades tons of science fiction stories to cinema. Womb turns instead this same topic into a sophisticated drama, where the pre-teen beachside romance of Rebecca and Tommy evolves into a moral crossroad when Tommy dies in a sudden car accident en route to a neo-hippy ecological protest, and Rebecca decides to use the emerging cloning technology for resuscitating her lover. Rebecca then impregnates herself with Tommy’s tissue sample and spends the following twenty years raising Tommy’s clone. Does Rebecca’s attraction to the new version of Tommy form a kind of “artificial incest”? Or does she succeed on she resurrecting her soulmate? Womb leaves unanswered those not banal questions. 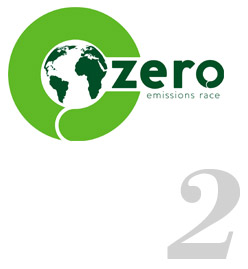 Zero Race 2010 – Geneva
On August 16th, Zero Race 2010 – the first 80-days tour around the world with emission-free vehicles – started from Geneva for a trip that will pass through 16 Countries and 150 cities (30.000 km). After the start in Geneva, four different teams coming from Australia, Switzerland, Germany and South Korea will cross Switzerland and go on to Brussels, Berlin, Vienna, Moscow and Shanghai. The cars will then travel by ship to Vancouver, and from there along the west coast of North America to Cancun, Mexico. Here, they will be put on show at the United Nations Climate Conference with the goal to inspire the world leaders to take action, say the organisers. 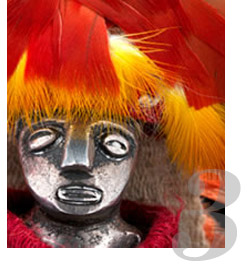 Inca’s, Capac Hucha exhibition – Wereld Museum – Rotterdam
The Wereld Museum in Rotterdam is now featuring the exhibition Inca’s, Capac Hucha. The subjects of this exhibition is human sacrifice by the ancient Pre-Columbian civilizations in the Americas, the Inca Empire. The exhibition’s subject is a world premiere. It is illustrated by more than 300 objects from the museum’s own collection and from European museums and private collections. On display are mummies, pottery, royal textiles, silver and gold. For the exhibition the artist Claudia Sola, at the request of the museum, has created a piece of audio-visual art about world conflicts which explores an additional dimension of this universal phenomenon: the sacrifice of human beings. 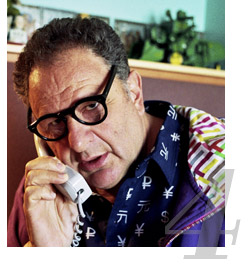 LimoLand store – New York
On 26 August in New York the first LimoLand flagship store was opened. LimoLand is a brand born in 2007 thanks to Jean “Johnny” Pigozzi, designer, artist, photographer and collector of French and Italian origin. The brand has a clear and stated mission: to serve a target made up of rich and mature men. The men’s collection, already present in the most prestigious outlets of the world, focuses on comfortable and casual shapes, enriched by bright colours and detailed prints inspirited by ethno-chic style. In New York, apart from clothing and accessories, you can find a set of design objects re-interpreted in a modern way, with references to African contemporary art. In this field Pigozzi is an expert more than a collector. 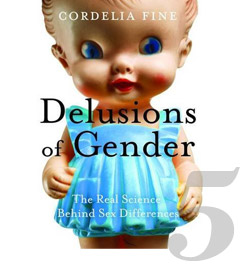 Delusions of Gender by Cordelia Fine
Published in August, Delusions of Gender by Cordelia Fine, a young Australian neuroscientist, deals with the gender inequality from the point of view of the neuroscience. The author reviews and harshly criticizes – with intelligence, humour and a lot of documentation – many famous authors and works that aim to explain male and female differences through the study and analysis of brain anatomy and mind functioning. Fine’s view is that, gender differences are justified and even strengthened thanks to today’s appeal for neuroscience’, while the whole issue is much more complex and often male and female differences are not scientifically proven. 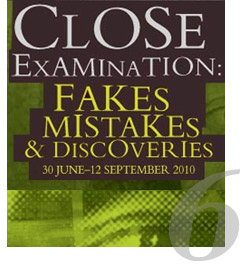 Close Examination: Fakes, Mistakes & Discoveries – National Gallery – London
The first major exhibition of its kind, Close Examination: Fakes, Mistakes and Discoveries celebrate the remarkable collaboration of scientists, conservators and art historians at the National Gallery. The National Gallery’s Scientific Department was founded in 1934 and has become a world leader in the study of the materials and techniques of Western European paintings. The show demonstrates how modern science reveals the secrets of a work of art. It can expose an outright fake or show how a modern forgery has been made to appear several hundred years old. 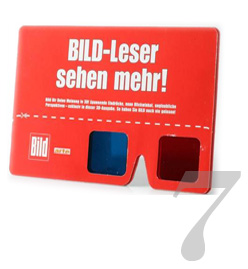 Bild in 3D – Germany
A special edition of Germany’s largest daily Bild reached the newsstands on August 28, in which all the photos and advertising are in 3D. The newspaper, which has a circulation of 3.8 million copies, gave away 3D glasses so readers could enjoy the three-dimensional effect. However, the text was published in its regular format. More special features have been introduced in Bild’s online edition, including video clips, games and movies in 3D. The German daily is not the first newspaper to use this visual technique. Earlier this year, Belgium’s La Derniere Heure, the UK’s The Sun and Thailand’s The Bangkok Post released 3D issues, among others. 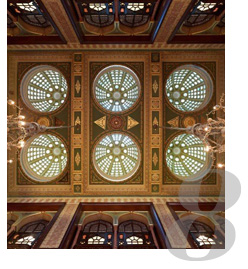 Pera Palace Hotel re opening – Istanbul
On September 1st the famous Pera Palace Hotel in Istanbul reopened, after a record renovation that lasted about two years. Built at the end of the Ninetheen Century, it was the most luxurious hotel of that period and it was mainly aimed to accommodate travelers who finished their journey on the Orient Express from Paris. Strongly rooted in the most cosmopolitan Istanbul area, the Beyoglu district, the hotel is still a very important cultural symbol for the city. It is a place of celebration and of memory: in fact, there stayed many of the most famous intellectuals and celebrities of the near and far past: from Hemingway to Mata Hari, from the Turkish President Ataturk to writer Agatha Christie – who wrote the novel Murder on the Orient Express in the room n°411 – from Jackie Onassis to Greta Garbo. 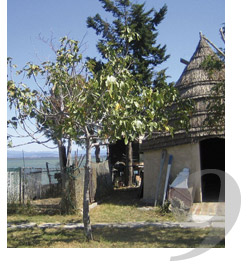 Original hospitality on the lagoon: the Casoni as widespread hotels
“The widespread Hotel is a type of tourist hospitality, strongly integrated in a territory, its culture and its community. Our project for original accommodation on the Venetian lagoon, wants to give tourists the opportunity to be guests in a hospitable “place”. It is different from the non-places for its strong roots in its territory and its culture, which are basic components of hospitality services” so says Grado’s Mayor Silvana Olivotto about the “widespread Hotel” project on the lagoon. At a European level, this is the first widespread lagoon Hotel. It has been realized through the environmentally friendly restructuration of the Casoni – the huts used by the fishermen in the past on the lagoon near Venice – to directly taste the life of the lagoon and its traditions. 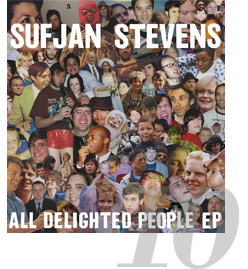 All Delighted People EP by Sufjan Stevens
5 years since his last full record, Sufjan Stevens released a new, eight-song EP, entitled All Delighted People. Tracks can be streamed for free on Bandcamp.com, or fully downloaded for $5. The album will be out in physical form later on. Stevens announced plans for the October 12th release of a brand new LP. Entitled The Age of Adz, the 11-track record is said to differ from Stevens’ previous works in its lack of conceptual underpinnings and – as a press release explains – “the themes developed here are neither historical nor polemical, but rather personal and primal: love, sex, death, disease, illness, anxiety and suicide all figure in the song lyrics.”