The Museum of Innocence by Orhan Pamuk – Turkey

Burn After Reading by Ethan Coen and Joel Coen 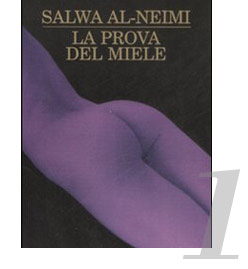 Evidence of honey by Al-Neimi Salwa
Arab, Muslim and cultured, the protagonist of this book, born and grown in Damascus, she moved to Paris where she works at the university. In her life there has been a vital man who introduced her to an unknown world, of erotism and sensuality. This acquaintance moved her into the desire of getting in practice the theories that she has learned during the years of clandestine readings of the ancient texts of Arab erotic literature. She remembered childhood memories, secrets, betrayals and passions, without forgetting the confidences of friends, or the typical rituals of Arab culture as the hammam, and laws, sacred texts. Everything becomes matter of a research that makes the body both the meaning and the end of the research. 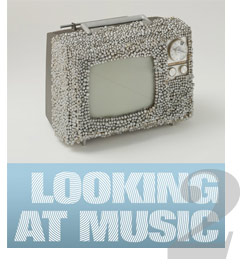 Looking at Music Exhibition – MoMA – New York
Looking at Music at MOMA, New York, explores the dynamic cross-fertilizations among music, video, installation, and what was known as “mixed media” art in the decade after 1965. Musicians led the way in developing new working methods, and music was at the forefront of interdisciplinary experimentation during the early days of media art. This exhibition looks at the dynamic connections that occurred in this period, when rapid changes in technology can be traced in early music videos by The Beatles, David Bowie, Captain Beefheart, The Residents, and Devo, as well the early media works by Nam June Paik, Bruce Nauman, Steve Reich, Joan Jonas, Yoko Ono, Laurie Anderson, presented alongside related drawings, prints, and photographs by John Cage, Jack Smith, Ray Johnson, and others. 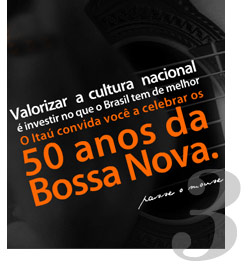 Exhibition Bossa na Oca – San Paolo – Brazil
In the exhibition about the Bossa Nova organised in San Paolo the hidden dynamics are presented of a “magical movement” that found its place in Rio between 1958 to 1964, in a story of innovation that changed the world of music and the perception of a whole country. The meeting of a poet and a virtuoso of words – Vinicius de Moraes – and the inventor of a new musical grammar founded on semi-tone like Jobim were enough to start a virtuous circle to which another great of musical improvisation Joao Gilberto contributed, defining the rules of a new “thing” (this the meaning in carioca of Bossa Nova) that then spread throughout the world. All this is told through a suggestive atmosphere and music videos. 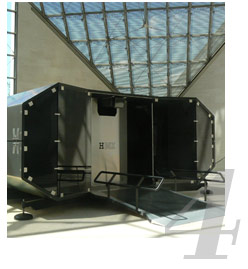 H BOX by Hermes – Yokohama – Japan
H BOX is a roaming screening hall, presenting videos and films by international artists such as Su-Mei Tse, Yael Bartana, Dora García, Judit Kúrtag, Valérie Mréjen, and Shahryar Nashat. H BOX is produced by Hermès and tours between museums with new artists joining the programme. Consisting of two entirely collapsible modules constructed of aluminium and Perspex, the H Box easily breaks apart for easy transport to cities around the world. Following its presentation at Tate Modern H BOX this summer, the artcraft will travel to the Yokohama Triennale, Japan. 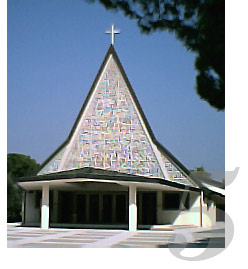 The night priest – Bibione – Italy
Great success with the public for the initiative of Don Andrea Vena, priest of the Santa Maria Assunta Church in Bibione, a small maritime town who during the summer season welcomes a great number of tourists. Don Andrea decided to open the door of his church every Thursday night throughout the summer, as a sign of his closeness to whom, for different reasons, stays awake, from the young to elderly, from workers to those who go to the disco. The visits to the church have been great and “the night priest” talked and took people’s confessions until one thirty in the morning. This initiative, as with other pioneers (as the inflatable churches and the preaching in motorway service stations) marks the way the Catholic Church is gradually adapting its evangelization’s methods to the present days. 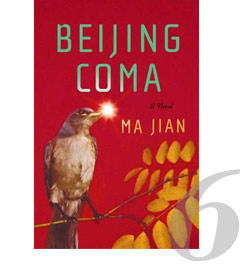 Beijing Coma by Ma Jiang
Ma Jiang is a Chinese dissident author that has been living in Hong Kong since 1987 when his first book Stick Out Your Tongue was published. Even though he’s married with an English woman and lives in London he doesn’t speak any English and writes only in Chinese, though his books are banned in China. Bejing Coma, a long recall about the Tiananmen Square memories, took him almost ten years to write and to his wife two years to translate. Released in August this year just before the Olympic Games, his launch has been a great hit in the US. The story is a double strand — the coma and Tiananmen, the soul locked in the body and the students locked in the square – that come from an incident in Ma’s own life. In June 1989 he joined the demonstrations in Beijing where his older brother was injured in an accident and went into a coma. Memories of Tiananmen Square come back as straight dialogue from the student leaders, many of whom are based on the real people. 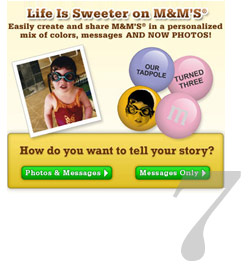 Personalize M&M’s With Your Face
M&M’s have launched a service that allows you to personalise these famous candies with images and messages. The mechanism is simple and effective, you connect to www.mymms.com/customprint_faces select the colours of the M&M’s that you desire, chose an image, write a message that you wish to have printed and chose the packaging that is better suited to your tastes. The company then puts your order together and sends you your personalised M&M’s. A perfect gift for a wedding, birthday or simply an original thought. 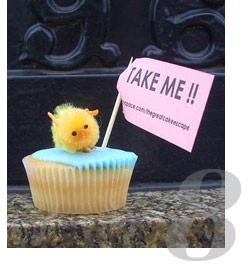 The Great Cake Escape – UK
Cherry Bakewell and Fondantt Fancy make and decorate cup cakes and leave them dotted around the streets of London, Sheffield and Leeds with little messaged flags: it’s a new formula of guerrilla art, sweets guerrilla. It all started as a little project to celebrate Cherry’s birthday last November and has developed since then in a guerrilla art project named The Great Cake Escape, making a lot of success and continuing in two more projects developed during summer festivals: Take the Biscuit and Skate Cake Escape. They’ve been inspired by artists like Adam Neate, Miranda July, graffiti artists, guerrilla knitters and guerrilla gardeners. “We like creating scenes of contrast, so we adorn everyday locations with a vivid splash of sugar”, they say. 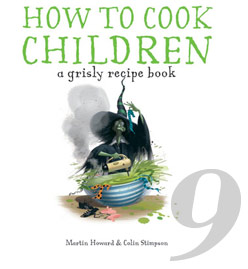 How to Cook Children: A Grisly Recipe Book by Martin Howard and Colin Stimpson – UK
This book presents fictitious recipes from witches around the world. Every dish has one thing in common: the main ingredients are children. Many witches have contributed, from Barfa Stew-Wart in the United States, India’s favourite Kideeta Skingh and Britain’s own Janie Groviller. Featuring a short introduction to each recipe by the general editor Esmelia Sniff, each witch introduces herself and presents her recipe. The darkness of the subject matter is offset with laugh-out-loud humour and the absurdity of the witches’ characters. 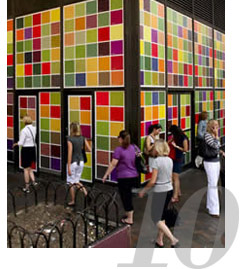 Nature Matching System by Tattfoo Tan – Port Authority Bus Terminal – New York
A work of public art by New York artist Tattfoo Tan was unveiled: a giant grid of color, inspired by fresh fruits and vegetables, is one of largest public art projects ever at the Port Authority Bus Terminal, which is located in the Fashion District. Through the NMS – Nature Matching System, the thousands of daily visitors can visually learn the colors that contribute to a healthy lifestyle. The “Nature Matching System” project on the bus terminal boldly reminds New Yorkers “to take your daily dose of color”. Tattfoo Tan precisely matched the healthy colors of 88 fresh fruits and vegetables through Photoshop software into a Pantone or paint chip display system.