The 11th Hour by Nadia Conners and Leila Conners Petersen

Mail on Sunday: ‘include Prince CD in chart’ – London 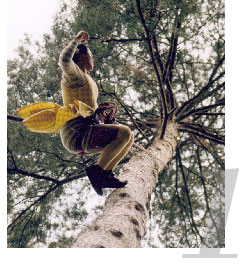 Présences déracinées (Uprooted presences) – Compagnie Retouramont – Rovereto
Oriente Occidente, one of the more prestigious contemporary dance reviews, for each edition offers a vision of the multitude of dance and art trends. Many are the national previews and co-productions at the XXVII edition, starting from the show on the 30th of August that inaugurated the review, six acrobatic dancers and four singers from the Compagnie Retouramont who presented an original and new choreography entitled Présences déracinées (Uprooted presences) that explored vertically the natural and artistic space around Malga Costa, inspired by the vegetation, the sculptures and the already present sounds of this strongly evocative place. 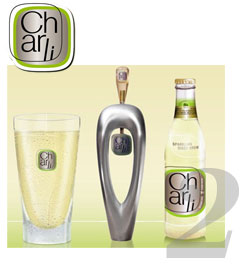 Charli a new brew for women – The Netherlands
Heineken launched a sparkling cider brew for the fair sex. Christened Charli, the drink combines cider, barley malt and fruit flavours. Although barley malt is one of Heineken beer’s main ingredients, Charli is marketed to the 63% of women who, according to Heineken, don’t like its main product. Charli contains 5% alcohol, has a fresh, fruity flavour and will be sold both bottled and on tap. Heineken created a svelte and sexy tap for Charli. It will be trialled in 17 bars in Amsterdam and Deventer, followed by a nationwide launch in Holland next summer. 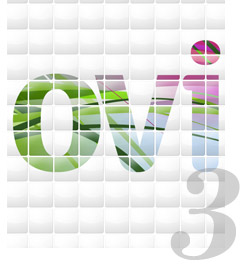 OVI web portal by Nokia
Ovi, that in Finnish means door, is a platform for digital distribution launched recently by Nokia. Through this portal soon one will be able to purchase and download music, ring-tones and video-games, but also share pictures. Ovi will also allow for the rental of games where you pay for only the time the game is required be it a day or a week, at a very low cost. Through Ovi one will be able to purchase music directly from a PC or a mobile phone at the cost of 1 euro a song or 10 euro for a full album. The will also be a streaming package that (at the cost of 10 euro a month) will allow one to listen to music without limits. 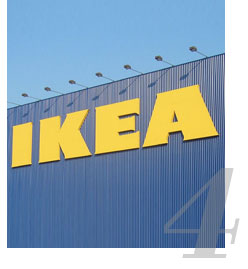 Ikea Hotel – Oslo
In the first week of August the furniture brand Ikea has opened the Ikea Hostel, where customers can stay overnight if they haven’t finished their shopping. In an Oslo warehouse, during an operation which lasted a week, there was a regular dormitory with lots of beds stacked up together, a bridal suite, with a round bed and a hanging chandelier, and a luxury suite, where customers can enjoy breakfast in bed. Every night, the 30 lucky few were able to stack up on meatballs, Norwegian salmon and cranberry mousse, as Ikea was offering free dinner and breakfast at the usual canteen. None of the guests were charged for their stay. 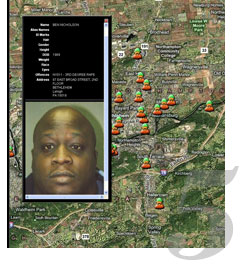 Peace Of Mind Offender locator – USA
“Peace Of Mind Offender Locator” is a new website that allow the American population to spot potential offenders who threatens “the peace of the spirit” especially if there are sex offenders around. The POM Offender Locator website contains the details of 650.000 citizens who have been condemned for sexual abuse or other crimes. People can register for free and find out names and crimes committed by the people of their neighbourhood. 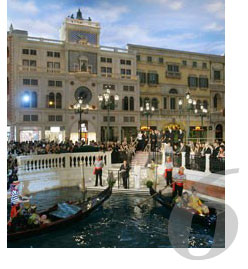 The Venetian Macao Resort Hotel – Macao
The Venetian Macao is a casino resort in Macau, China owned by the Las Vegas Sands hotel-casino chain. The 32-story Venetian Macao is modeled on its sister casino resort in Las Vegas and is the largest single structure hotel building in Asia. Officially opened on August 28, 2007 the resort has 3000 suites, 1.2 million square feet of convention space, 1.6 million square feet of retail, 550,000 square feet of casino space – the largest in the world – with 3400 slot machines and 800 gambling tables and a 15,000 seat arena for entertainment/sports events. Attractions include a replica of the Grand Canal including St. Mark’s Square and the Rialto Bridge where visitors can take gondola rides to the accompaniment of opera music. 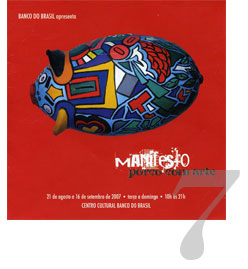 Manifesto Porco com Arte (Pig with Art Manifest) exhibit – Rio de Janeiro
The Cultural Center of Banco do Brasil in Rio de Janeiro, proposes an exhibition inspired by the clay piggy-bank, a child’s savings container and an expression of popular culture. The Manifesto Porco com Arte (Pig with Art Manifest) invites artists, from different parts of Brazil, to make artistic intervention out of the pig. The result is a collection of “art pigs” which become the representation of contemporary art in Brazil in its most authentic expression. The exhibition explores in a surprising way the symbolic meaning of the animal, a look into society and the present. 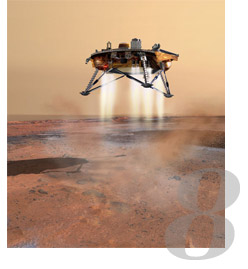 Phoenix Probe Launch – Mars
NASA’s Phoenix Mars Mission blasted off, aiming for a May 25, 2008, arrival at the Red Planet and a close-up examination of the surface of the northern polar region. Phoenix will advance many of the original Viking objectives. The mission has two goals. One is to study the geologic history of water, the key to unlocking the story of past climate change. The second is to search for evidence of a habitable zone that may exist in the ice-soil boundary, the “biological paydirt”. 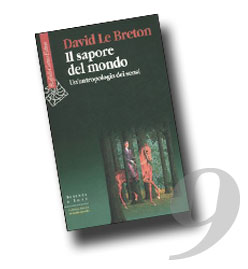 The taste of world. An anthropology of the senses by David Le Breton
From 31th of August to the 2th of September has been realized in Sarzana the Festival of the Mind, the unique festival dedicated to creativity in Europe. Between the several interesting readings, workshops, shows and performances, the French sociologist David Le Breton has introduced its last book, The taste of the world. An anthropology of the senses. In the text he explains the thesis for which the individual perception characterizes is constantly mixed with the external, collective ones. Each person has conscience of himself only through the feelings perceived continuously. The perception is a kind of interpretation of the real. 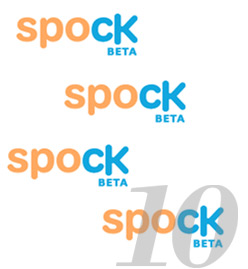 Spock.com
Spock is a new website search engine that allow to search and find information related with people. By some accounts, people-specific searches make up 30 percent of searches on general search engines, searching for friends, old school-friends or celebrities. Spock has indexed since now over 100 million people representing over 1.5 billion data records. Spock, whose name is an acronym for “single point of contact (by) keyword,” focus on aggregating the content they find around a person. The aim is to to cast a much wider net, with aspirations to index every person on the planet.