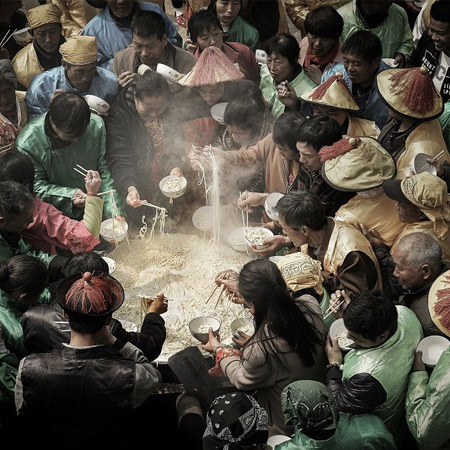 Cauldron Noodles by Jianhui Liao – Food Photography of the year 2019 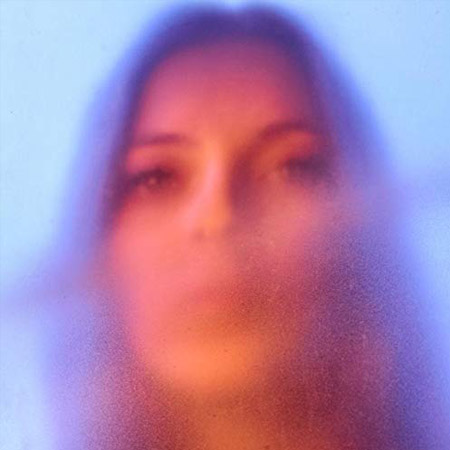 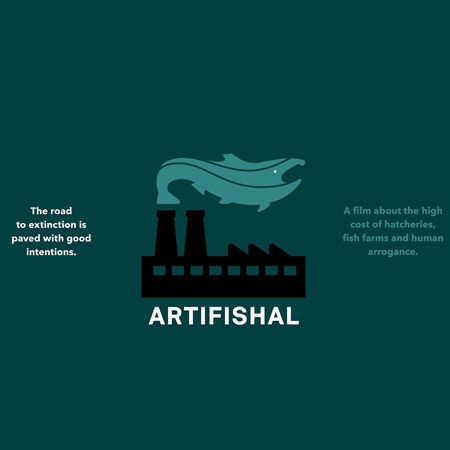 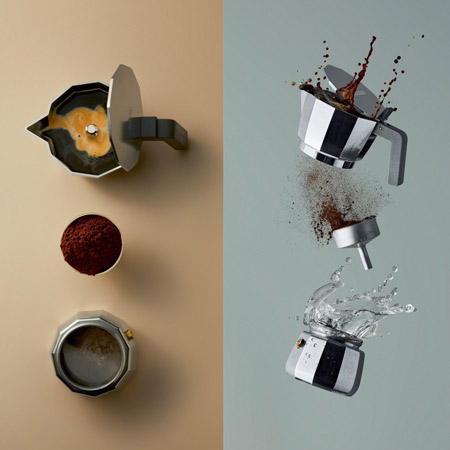 Moka by David Chipperfield for Alessi 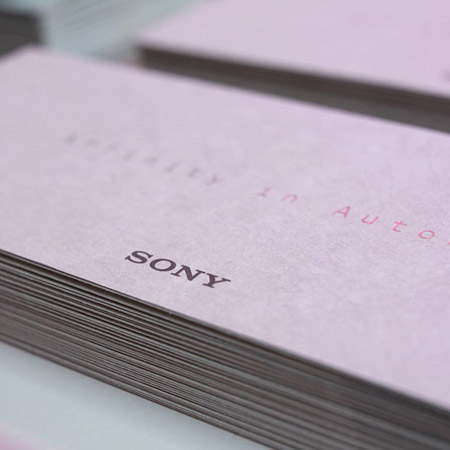 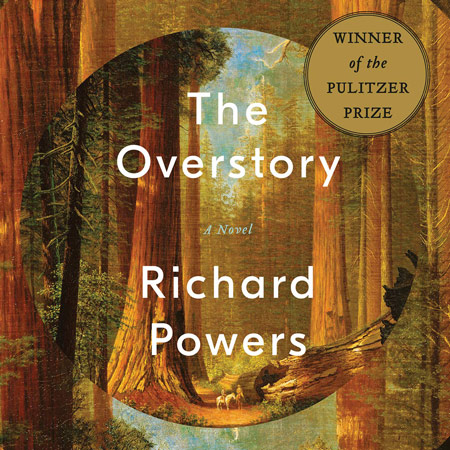 The Overstory book by Richards Power – Pulitzer Prize for Fiction 2019
The Pulitzer Prize for Fiction 2019 – the highest honor awarded to American storytellers – was awarded to the novel The Overstory by Richard Powers. It includes a series of stories in which the trees are always present, in close relationship / opposition with the protagonists (nine characters: seven individuals plus a couple), defined by an elegant narrative structure “tree style” (with chapters named Roots, Trunk, Crown, Seeds). The theme of the relationship between man and nature is central to many of the author’s books. Powers, while enhancing in the narrative the deepening of the human and psychological aspects, weaves a plot in which these characteristics merge with some elements from scientific disciplines such as music, chemistry, biology and genetics which become an integral part of the story. What the “Overstory” title of the book refers to is the development of Life and Nature as a whole, and contains an ecological reflection on the real role of man within it: an extra of an enormously complex and articulated system. 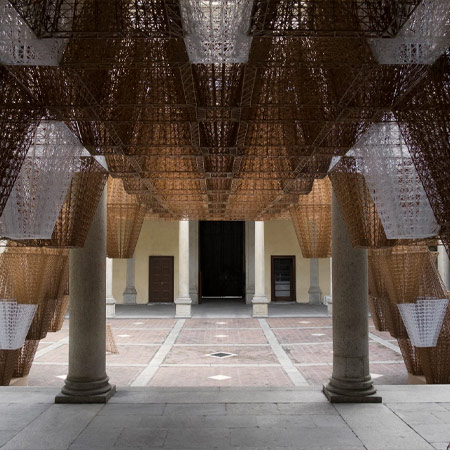 Conifera installation by Arthur Mamou-Mani forer Cos – Milano Design Week
The Conifera installation, designed by architect Arthur Mamou-Mani for fashion brand COS was presented during the Milano Design Week in the courtyard of Palazzo Isimbardi. Conifera, designed and built digitally, resembles a XXI century pyramid surrounded by nature, with a structure including 700 3D printed bricks in bio-plastic composed of vinegar, glycerin and maize alternated with those in coniferous wood, a very widespread plant in Lombardy. Each bio-brick was printed, using compostable materials, so as to create a sort of matrix, optimizing the use of materials and allowing light to spread throughout the structure, and inviting visitors on a journey from the artificial dimension to the natural world, from the past to the future. 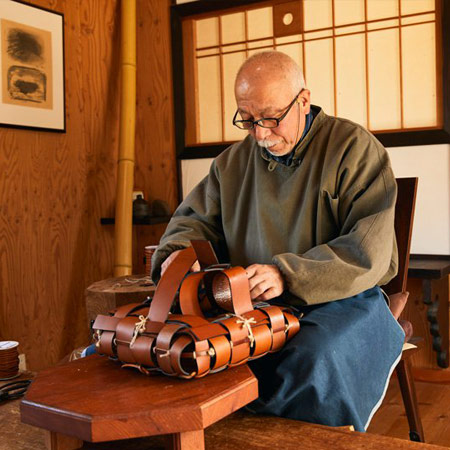 Loewe Baskets – Milano Design Week
Loewe, the historic Spanish brand, under the artistic direction of Jonathan Anderson, has started a sophisticated exploration on the subject of high craftsmanship for some years now. On the occasion of the Milano Design Week 2019, the company presented the Loewe Baskets project, the result of collaboration with 11 international artists and artisans, invited to create a series of exclusive art objects: bags, decorative objects, accessories and unique pieces, made with different materials and styles. Jonathan Anderson has also invited two famous Japanese artists specializing in the processing of bamboo, Jiro Yonezawa and Hafu Matsumoto who have created seven unique pieces by replacing the bamboo strips with natural-colored leather, symbol of the Loewe brand. The collection was presented in a historic courtyard near the Milanese store of the brand, where there were also three important Spanish artisans specializing in traditional Galician weaving and knotting techniques, who made small, fine accessories live. 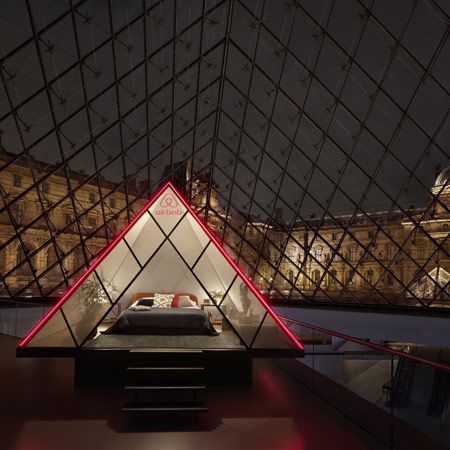 A Night with the Mona Lisa contest by Airbnb and Louvre – Paris
For one night only, on April 30, Airbnb and the Louvre gave a lucky winner and their guest a once-in-a-lifetime opportunity to see what happens inside the world’s most magical museum when the lights go out. As the sun sets on Paris, the winning duo make their way to the museum where they were greeted by an art-historian, who taken them on a bespoke tour, like those previously given to the Obamas, Beyoncé and Jay-Z. The museum was transformed into a magical home for one night. For the first time ever, passionate art-lovers had the chance to cozy up to priceless masterpieces, including the Mona Lisa, and sleep under the Louvre’s iconic glass Pyramid in a “mini-pyramid” that was specially designed to celebrate the building’s 30th. To enter the contest, it was simply request go to airbnb.com/louvre before April 12 and answer the question: “Why would you be the Mona Lisa’s perfect guest?” 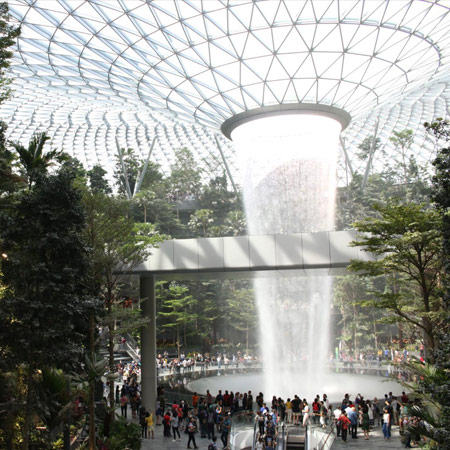 Jewel Changi Airport opening – Singapore
The Singapore-based Jewel Changi Airport welcomed its first visitors, opening its doors to the public on April 17th. The 10-storey complex, which took many years to design, includes a forest with 120 plant species, over 280 stores, many services and even a hotel, and aims to become a tourist attraction. Designed by the world-famous architect Moshe Safdie is characterized by the HSBC Rain Vortex, a spectacular 40-meter waterfall, the highest covered waterfall in the world, powered by collected rainwater, which will offer a show of lights and sounds. “Our vision is to make the Jewel a destination like no other,” said Tan Mui Neo, leasing director for Jewel Changi Airport Development. 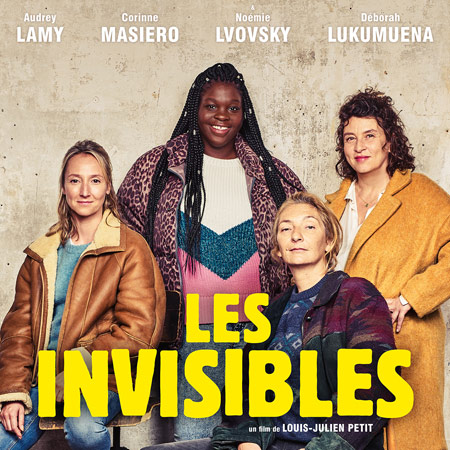 The Invisibles movie by Louis-Julien Petit
The Invisibles (Les Invisibles) is a French film directed by Louis-Julien Petit that gently, sensitively and ironically talks about the story of a day care center operators and the women who visit it. Presenting such dynamics of marginalization, violence and exclusion – invisibility, indeed – and the odyssey towards social and work reintegration, the director has chosen the form and rhythm of comedy, integrating also non-professional actresses, with a real life past in the street. It is a choral film: of women and with women. Where tenacity and will of four public employees will allow the “guests” to resist, to smile again, to relive a hope, helping them to become “beautiful” again and trying to enter a working world that no longer seems to need anyone. The movie, which has already grossed over 10 million euros in France, is inspired by the field work of Claire Lajeunie, who has dedicated a book and a documentary to the homeless women of Paris. 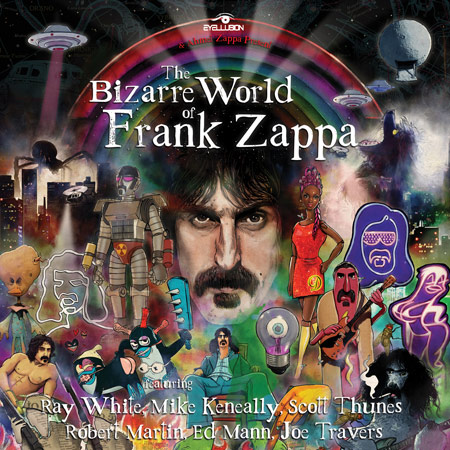 The Bizarre World of Frank Zappa
Frank Zappa is back on tour in 2019, as a hologram, thanks to Eyellusion, 25 years after his death. His hologram tour started in Portland, America, on the 19th and then will reach in Europe in May. On stage, Frank Zappa plays and sings with the real members of his former band, the Mothers of Invention, plus a series of special guests who were his collaborators. The holographic reconstruction started from the audio bases of some 1974 performances locked away in the family archives for 44 years. This makes the show unique in which fans can listen to new music played live by Frank. On the holographic stage, even the characters and the anthropomorphized objects of Frank’s imagination and songs come to life, offering an extremely bizarre live music experience. 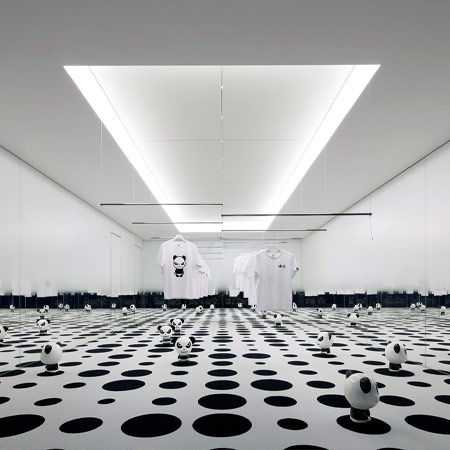 New flagship store HIPANDA by Curiosity – Tokyo
Japanese streetwear brand HIPANDA has introduced a new retail space along Omotesando in Tokyo. Entitled Ghost house, crafted by multidisciplinary studio Curiosity. It is a journey inside a futuristic space, where the world of digital and analogue fuses into immersive and inclusive total experience. HIPANDA brand is bred from the world of art, where emotions and inspiration are infinite, the new retail experience brings together the world of art (emotion), fashion (passion), technology (curiosity) and architecture (beauty). AR (augmented reality) and AE (augmented experience) technology and design combined with iconic and striking interior architecture. The Ghost house is created as a series of sequences where the visitor is looking for the host of the house who invisible or suggested will be revealed and discovered through different experience and interaction. 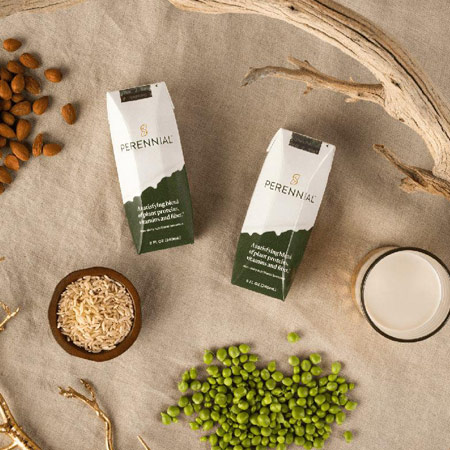 Perennial Non-Dairy Drink for over 50’s
Vegan brand, Perennial, has debuted a dairy-free drink designed specifically for those aged over 50 to promote healthy ageing. Perennial describes its product as “nutrient dense”, as it contains omega-3s, B12, choline, vitamin E, folate, calcium, vitamin D, prebiotic fibre and complete plant protein. The company also claims its plant-based drink is good for brain, bone, digestive, and muscle health, and is personalised for the elder generation who “often fall short in certain nutrients”. Perennial’s website reads: “We believe age doesn’t define you and that there are limitless opportunities over 50+. By using a more modern and sustainable approach, we have brought Perennial to you. And we continue to innovate every day, using our deepening understanding of plants to fuel healthy, active, thriving life at age 50 and beyond.” Perennial products can be purchased through their website. The current offering includes a 12-pack of eight-ounce beverages for $34.99. 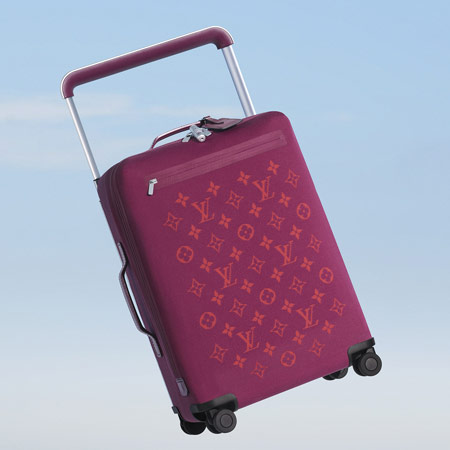 Horizon Soft Collection by Marc Newson for Louis Vuitton
After the success of a first partnership dated 2016, the Australian designer Marc Newson signs for Louis Vuitton, Horizon Soft, a new range of suitcases. The material that characterizes the collection was inspired by knitting and comes with a 3D thermoformed weave and a double-faced jacquard printed with the iconic Monogram motif, reinterpreted by the designer. Marc Newson, best known for his industrial projects, also boasts important collaborations with brands such as Montblanc, Nike, G-Star raw. After the rigid trolleys, proposed for the first collection for Vuitton, this time the designer focused on a decidedly soft and technological material. The jersey is a single piece modeled to give the object the desired shape. Before this phase the material is subjected to a water repellent treatment, while the cuts for the pockets and the hinges are made with ultrasound techniques. The thermo-fused tape replaced 95% of the seams. The distinctive trait of the maison has instead remained as a common thread since the time when there were trunks, that is, the covering of the handle in natural cowhide.