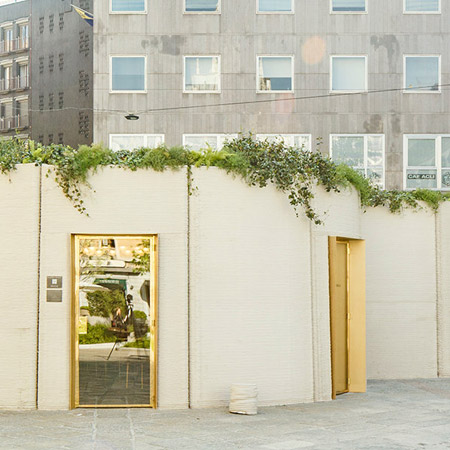 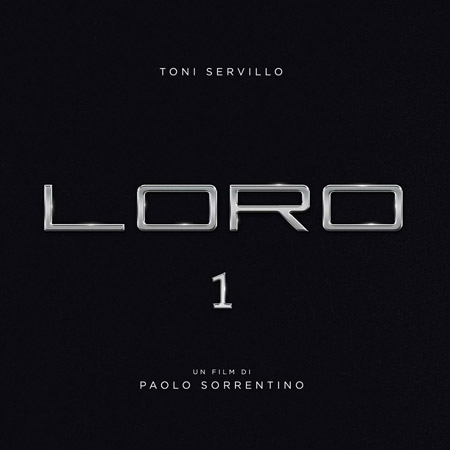 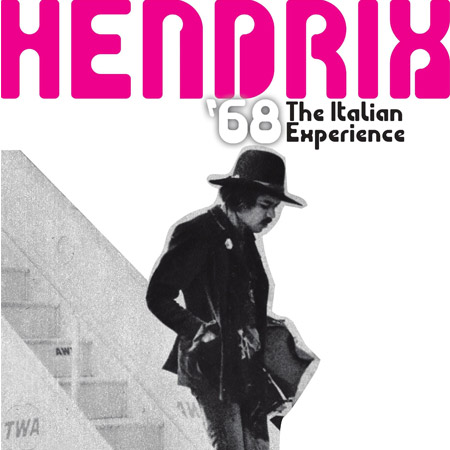 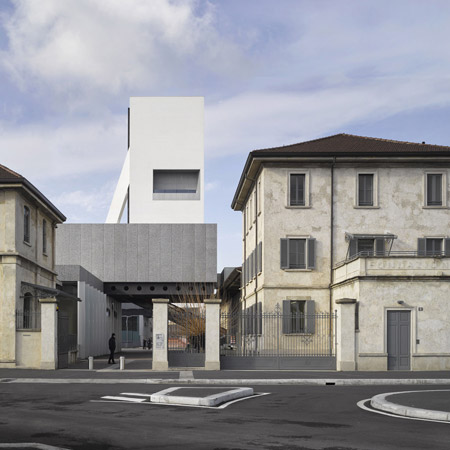 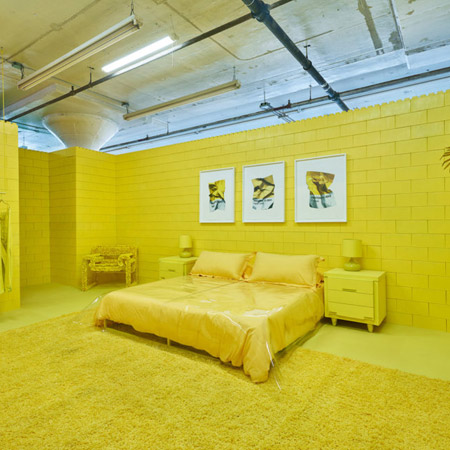 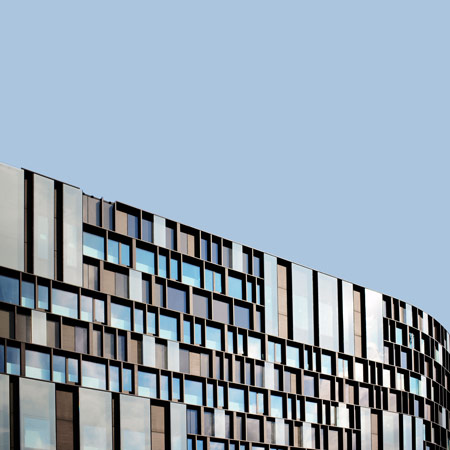 Nuvola Lavazza opening – Turin – Italy
On April 12th, Lavazza launched a new 30,000-square-metre headquarters in Turin, Italy. The new venue, named Nuvola Lavazza, is designed for the wellbeing of employees and respect for the environment. Nuvola is not just an office building. It hosts the gourmet restaurant Condividere, curated by chef and food philosopher Ferran Adria; a coffee museum showcasing Lavazza’s 123-year history; a piazza open to the public; an archaeological site with the visible remains of an early Christian basilica; a large events space for debates, congresses and cultural events; and the Institute of Applied Arts and Design and its 700 students. Architect Cino Zucchi designed the new space, which gives a new look to the Aurora district of Turin. Its design is intended to inspire people, foster dialogue, and offer cultural, social, business and food experiences. The new offices feature Platinum LEED certification (Leadership in Energy and Environmental Design), the highest level in this energy-environmental performance assessment system. 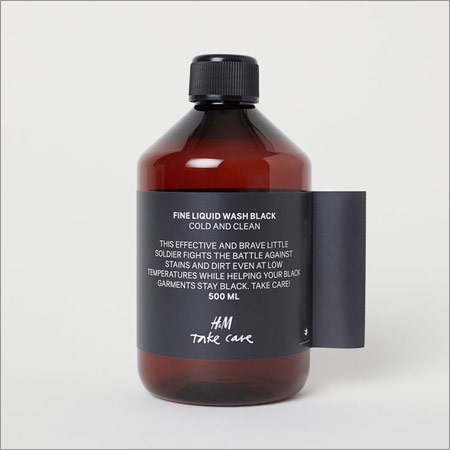 Take Care by H&M
The Swedish clothing retailer continues to implement a sustainable production policy, with the ultimate goal of using only recycled or sustainable materials by 2030. With the object to involve consumers in more responsible fashion choices, H&M launched in Germany on April 12th a pilot project called Take Care at the H&M store in Spitalerstrasse in Hamburg. In the shop it’s possible to find products for the clothes care and people able to carry out any repairs, with the possibility of receiving some advices in the store and online. The goal is to encourage customers to prolong the use of their clothes by providing tools to protect them. H&M has also developed its first line of detergents that includes specific detergents (produced in Sweden with the Good Environmental Choice label), a stain remover spray and sneaker wipes. On sale also a sewing kit and patches to be applied on used clothes. 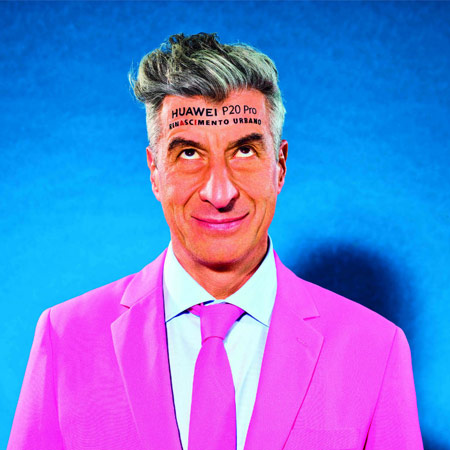 Urban Renaissance by Huawei
During the presentation of the title of Honorary Professor to Maurizio Cattelan by the Carrara Academy of Fine Arts, the artist decided to use his body as a tool and vehicle to spread a message: use his own face with a tattoo as an advertising poster, to promote the concept of the new contest of the telecommunications world leader Huawei. The Chinese company has, in fact, announced the new contest Urban Renaissance, linked to the launch of HUAWEI P20 and HUAWEI P20 Pro, which aims to promote the redevelopment of un-known urban spaces. The public will take photos and point out places to be valued: among all these, one will be chosen that will be redeveloped by Huawei and enriched by the drawings of the young street artist Ale Senso. 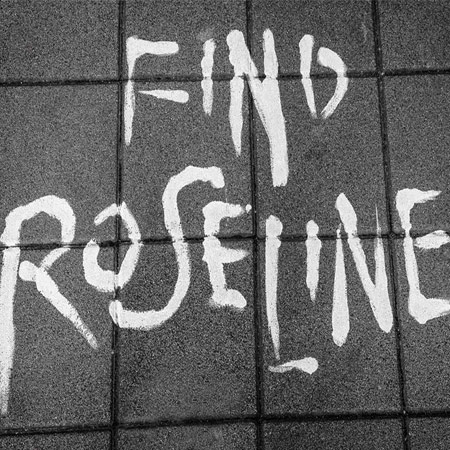 Roseline – Milan
Roseline is the first experience in Italy of “immersive theatre”. No stage, no audience. The spectators are wandering souls in a mysterious and immense place, looking for and – at the same time – unveiling and taking part at the show… Palazzo Calchi Taeggi, in the center of Milan, hosts this fascinating experiment from April 14 to June 3: an entire building to explore, with its three floors plus two mezzanines for a total of 3,500 square meters of rooms, corridors, stairways and crevices, all scenographies, where the viewer can roam freely, touch objects, open cabinets and drawers looking for traces to (re)build the story. A type of experience called Dramagate to give the idea of the entrance gate into another dimension, which contains a story, a space, a diffused recitation and experiences lived in the first person, physically inserting each viewer into the narrative context and playing with his perceptual states. A first clue, among the many present in the path: Roseline is the anagram of Elsinore, the castle of Hamlet. 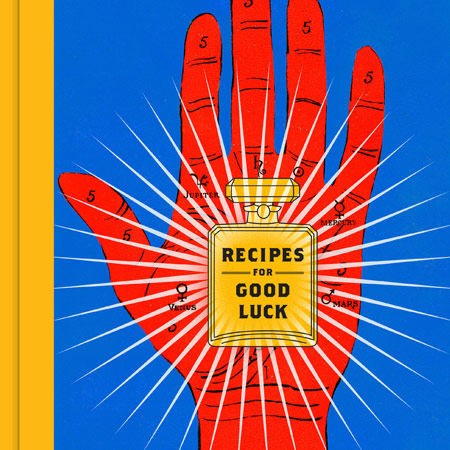 Recipes for Good Luck book by Ellen Weinstein
Ellen Weinstein, an American illustrator for magazines such as The New York Times, Time Magazine and The Wall Street Journal, in the book Recipes for Good Luck offers a series of curious habits that some influential personalities, current and past, have turned into personal propitious rituals. Inspired by an article she was to illustrate, the author decided to deepen the topic, looking for these behaviours, through biographies and interviews, and turning them into unique illustrations, each one in the specific style of the individual being depicted. And in this game even the super-stars becomes in the eyes of the public, a little more “human and close to all of us”. 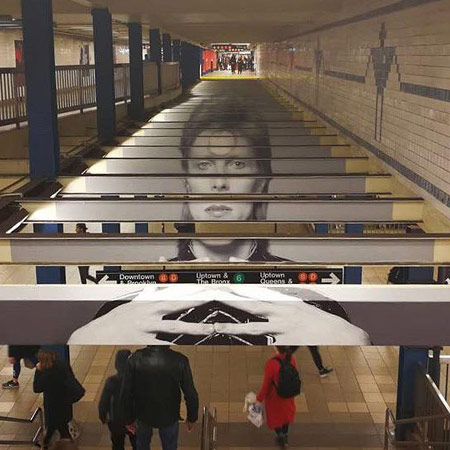 David Bowie Subway Takeover by Spotify and Brooklyn Museum – New York
Spotify, the popular music streaming platform, and the Brooklyn Museum in New York have transformed an entire New York subway station, the station of the Broadway-Lafayette stop (Lower Manhattan), into a small memorial to the artist David Bowie. Inside the subway station, a few steps from the house where the London artist has spent the last years of his life, you can find a gigantic black and white photo at the entrance, dozens of images of the concerts, the “Bowie’s Neighborhood Map”, a map on which you can find the symbolic places of the White Duke’s life in NY. The artistic installation is linked to the exhibition “David Bowie is” in progress at the Brooklyn Museum that until July 15, 2018, exhibits over 400 personal objects of the musician. For the occasion, 250,000 MetroCard tickets in limited edition, the “Tickets to Mars”, were also issued, with pictures of the artist. 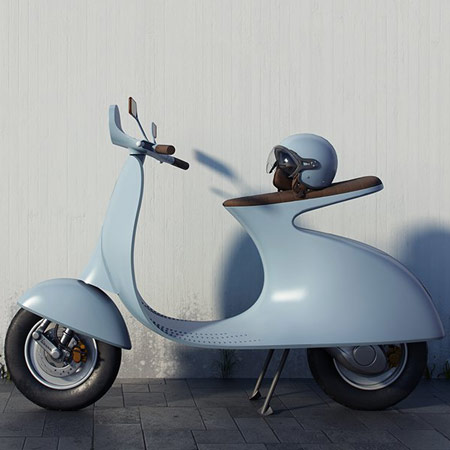 Vespampère by Giulio Iacchetti
Vespampère is a free reinterpretation of the Vespa 98 cc, the first scooter launched by Piaggio in 1946 and one of the most iconic transportation of Italy. Giulio Iacchetti has proposed an electric version, with a clean design and fine lines, the Vespampère. The Vespa imagined by the designer incorporates the elegance and shape of the Italian scooter of excellence, developing a model that incorporates the original but at the same time is characterized by a body, with cantilever, lean and ecological seat thanks to an electric motor that it pollutes the environment less and allows greater agility in daily traffic. The reinterpretation of Iacchetti retains the elements that most characterize the Vespa: the circular headlight, the aerodynamic and elongated shape. All controls, the speedometer, fuel gauge and lights are accessed through an app using wireless connection. 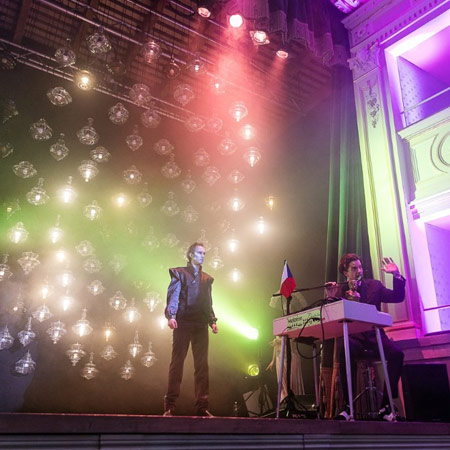 Monster Cabaret by Lasvit
Lasvit is a Czechoslovak company founded in 2007 by Leon Jakimič. The brand, which in recent years has become an important name in the international design scene, produces exclusive lamps and glass objects, mainly made to order. During the Design Week 2018, Lasvit brought an original and ambitious project to Milan, choosing above all an extraordinary location: the Teatro Gerolamo in Piazza Beccaria. Also known as the Children’s Theater or Piccola Scala, the Gerolamo theater is a wooden box, with two tiers of boxes and a gallery, which reopened last year after a long restoration and an even longer closure. From 17 to 22 April this small iconic place was the background to Monster Cabaret, a project in which monsters of all kinds, made of glass and designed by 16 international designers, were staged in an emphatic way, playful and theatrical, dialoguing with space in a surprising way. Moreover, every hour for the whole duration of the exhibition, the theater was animated with brief burlesque shows where the glass objects were the protagonists. 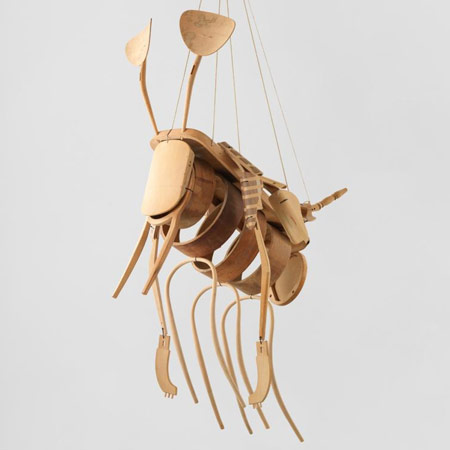 Giants with Dwarf installation by Stephan Hürlemann for Horgenglarus
Giants with Dwarf, an installation by Stephan Hürlemann for the Swiss brand Horgenglarus, was set up at Milan’s Fuorisalone 2018, in the Ventura Centrale district, in one of the old stores under the Central Station. The Horgenglarus company, founded in Horgen near Zurich, has been producing high quality tables and chairs since 1902, and its relationship with the design world has distant origins: its production of chairs that Le Corbusier exhibited in his “Pavillon de l’ Esprit Nouveau” at the “Exposition internationale des Arts décoratifs” in Paris. For Horgenglarus, architect and designer Stephan Hürlemann has created seven gigantic puppets using some parts of chairs and tables taken from the historical archive of the Swiss manufacturer. The curious creatures suspended from the vaulted ceiling were operable by the public thanks to ropes equipped with ring handles. In this original and creative way, the Swiss designer has succeeded in highlighting the passion and care in the production of the Horgenglarus company. 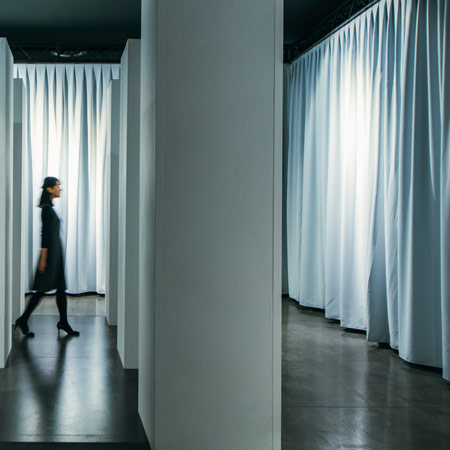