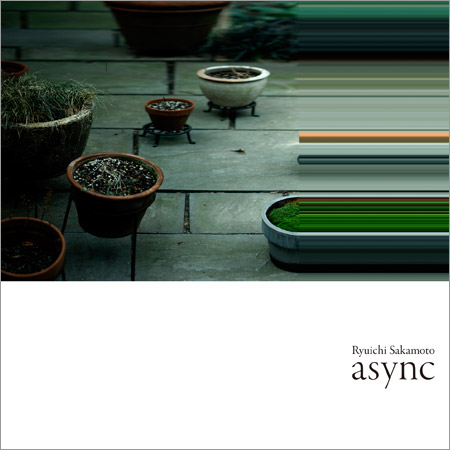 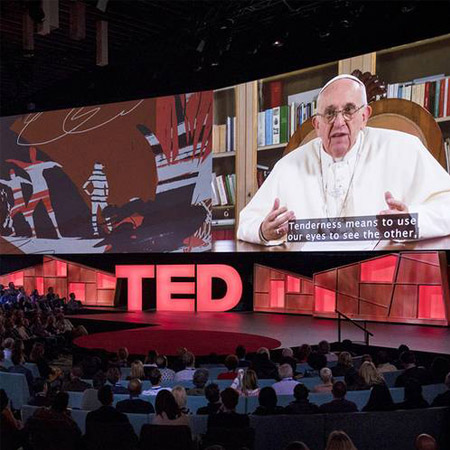 Pope Francis at The Future You TED2017 – Vancouver 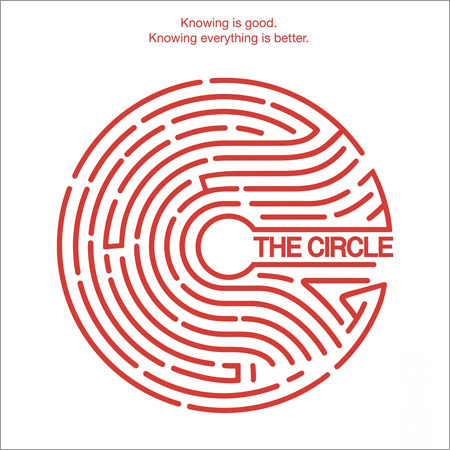 The Circle movie by James Ponsoldt 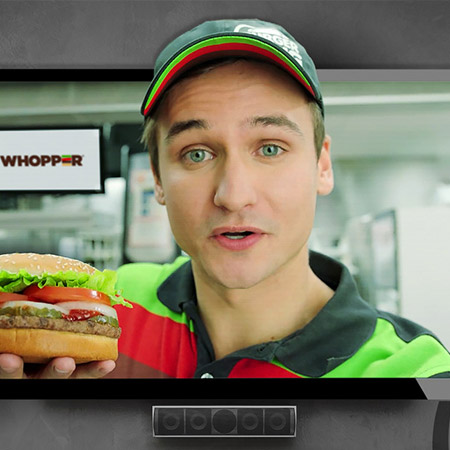 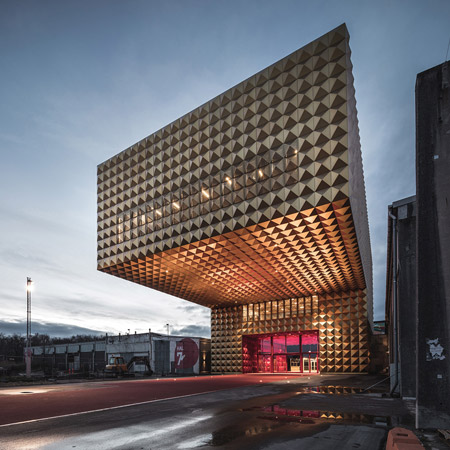 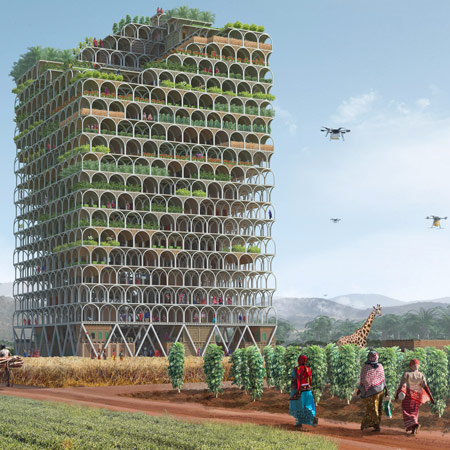 Mashambas skyscraper by Pawel Lipinskie and Mateusz Frankowski – eVolo Skyscraper Competion 2017
eVolo, an architecture and design journal focused on technological advances, sustainability, and innovative design for the 21st Century, has announced its 2017 winners for Skyscraper Competition. The first prize went to Pawel Lipinskie and Mateusz Frankowski from Poland for the project Mashambas Skyscraper, a movable educational center, which emerges in the poorest areas of the continent. It provides education, training on agricultural techniques, cheap fertilizers, and modern tools; it also creates a local trading area, which maximizes profits from harvest sales. Agriculture around the building flourishes and the knowledge spreads towards the horizon. The structure is growing as long as the number of participants is rising. When the local community becomes self-sufficient it is transported to other places. The structure is made with simple modular elements, it makes it easy to construct, deconstruct and transport. Modules placed one on the other create the high-rise, which is a form that takes the smallest as possible amount of space from local farmers. 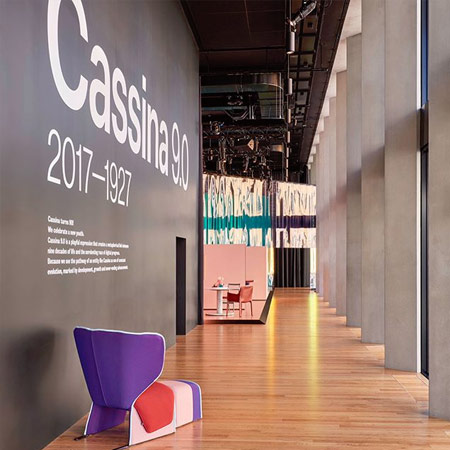 Cassina 9.0: 2017-1927 exhibit by Patricia Urquiola – Fondazione Giangiacomo Feltrinelli – Milano
During the Fuorisalone 2017, Cassina celebrated its 90 years of business with Cassina 9.0, an exhibition made by Patricia Urquiola within the Fondazione Giangiacomo Feltrinelli. It explores scenarios and contexts of the living of the future, starting from the history of the brand. Well-known designers and architects, such as Le Corbusier or Ponti, Zanuso or Magistretti, but also Zaha Hadid, Jean Nouvel, Gaetano Pesce and Michele De Lucchi, collaborated with Cassina. The title of the exhibition refers to the computer language and identifies progress and evolution as a necessary resource for reinterpreting the historical heritage of society. The book Cassina. This will be the place by Burrichter Felix, was presented there. The book explores the theme of the living of the future through five lifestyles and as many architectural environments different by style, materials and geographic areas. 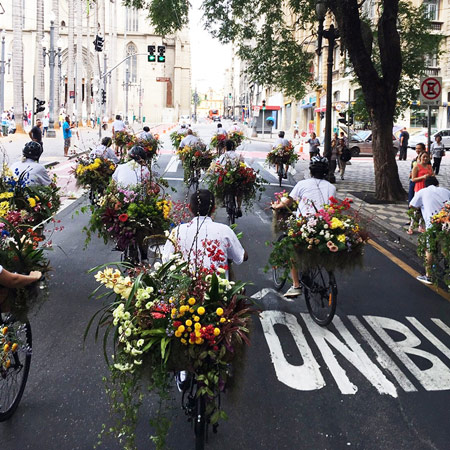 Flower Messenger by Azuma Makoto – São Paulo
Every day and until May 7th, the streets of São Paulo will be occupied by a fleet of 30 Flower Bicycles. A Japanese artist, Azuma Makoto, in order to celebrate the inauguration of a space dedicated to Japanese Culture in Paulista Avenue (the main street of the city), thought of an original artistic intervention, a performance art to create a continuous and dynamic relationship between the urban context and the botanical sculptures designed for the occasion and mounted on the bikes. The bicycles, guided by young people with Japanese origin, travel through the main streets of the city, and their flowers are donated to the curious passers-by, offering a surprising sense of joy. 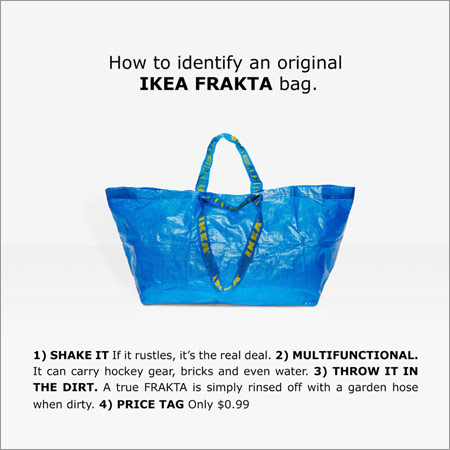 Frakta by Ikea vs Arena by Balenciaga
The internet went into near meltdown when the luxury fashion brand Balenciaga released the Arena tote, a 1395 euro bag that’s eerily similar to the classic Ikea’s well-known Frakta bag which cost 0,60 euro. Oversized, made in leather, and bearing Frakta’s double straps, an homage to Ikea’s iconic carry-all. “We are deeply flattered that the Balenciaga tote bag resembles the Ikea iconic sustainable blue bag for 60 cents. Nothing beats the versatility of a great big blue bag!”, a spokesperson wrote. And Ikea’s creative agency ACNE released a new ad to determining the authenticity of the Frakta. “How to identify an original Ikea Frakta bag” 1) Shake it, if it rustles, it’s the real deal. 2) Multifunctional. It can carry hockey gear, bricks and even water. 3) Throw it in the dirt. A true Frakta is simply rinsed off with a garden hose when dirty. 4) Fold it.. Are you able to fold it to the size of a small purse? If the answer is yes, congratulations 5) Look inside. The original has an authentic Ikea tag 6) The price tag. Only 0.60. 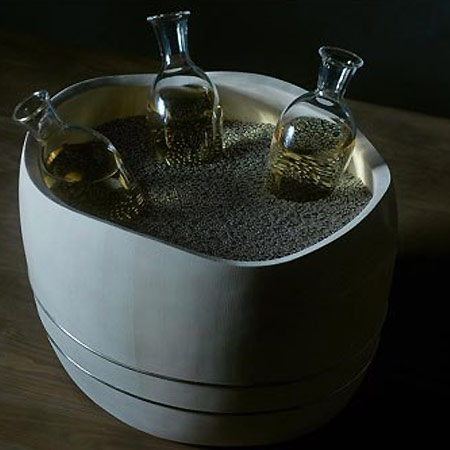 Electronics Meets Crafts installation by Panasonic – Milan
During the Milan Design Week 2017, at the Brera Academy of Fine Arts, Panasonic presented the Electronics Meets Crafts project, an installation organized in different moments that deepened the different declinations of the most sophisticated technology (and not as opposed to) tradition and art. The first step was a video installation that enveloped visitors in a multi-sensorial space where all the senses were involved thanks to Panasonic’s best audio-video technology. But the most exciting and surprising stage took place in the academy’s underground, where visitors find the art and craft heart of the brand and project, realized in collaboration with GO ON, a collective of artisans perpetuating the craft tradition of the Kyoto region. Starting with millennial Japanese manufacturing techniques, GO ON craftsmen have worked with Panasonic designers and engineers to develop product concepts that have craftedly and originally combined cultural heritage and advanced technologies. 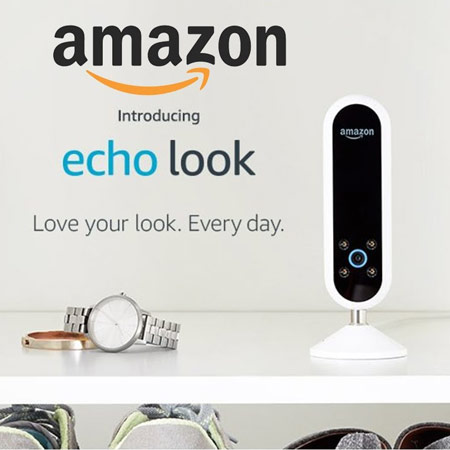 Echo Look by Amazon
Amazon announced the Echo Look, a US$200 voice-activated camera that will take full-length pictures of your outfits when asked “Alexa, take a photo”. It can also take videos – “Alexa, take a video” – to let you check yourself out from multiple angles via a live feed beamed from the Look to your smartphone. These photos can then be compiled into a sort of lookbook on Amazon’s app so you can easily flip through them on a screen. Users can then use a companion app to swipe through the photos and video, and send looks to friends. Amazon also rolled out a new app feature called “Style Check” which gives users advice if they’re stuck between two outfits. Style Check is powered by both machine learning algorithms and input from style specialists, Amazon says. It is, essentially, the hi-tech alternative to a friend, or a mirror. The Echo Look does not yet have a shipping date, but anyone can sign up for an invitation to buy it. 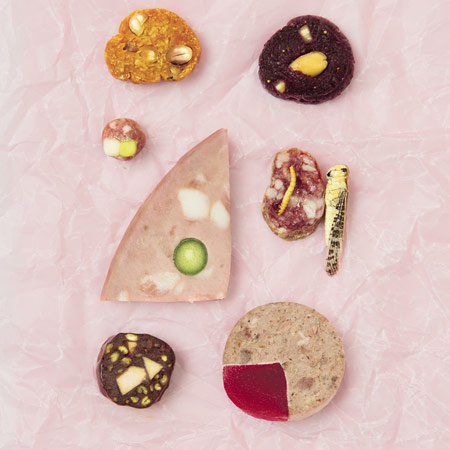 The Future Sausage Project by Carolien Niebling – Salone Satellite – Milane
As part of the Salone Satellite, the Lausanne School of Design ECAL presented the project The Future Sausage by Swiss designer Carolien Niebling, a research project that promotes the elemental design of a product such as sausage, debating on alternatives to meat and its consumption in the world. At the stand it was possible to fill the sausage with different products and ingredients and then try them. A way to debate food alternatives in a world that will be populated by over 9 billion people in a few decades, and that it must move increasingly towards sustainability. In collaboration with experts from various fields such as a chef of molecular cuisine, a butcher master and a weaving workshop, Niebling has also produced the book The Future Sausage that will be released shortly, where she explain his research and possible recipes. 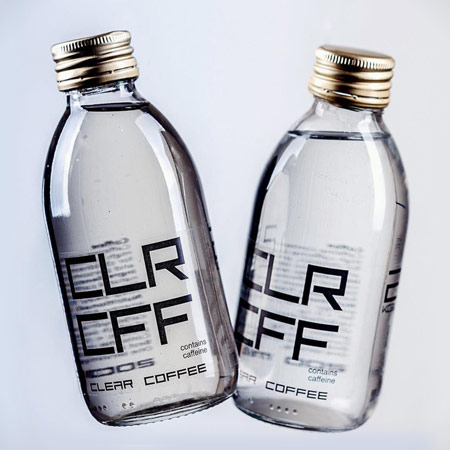 Clr Cff Clear Coffee – United Kingdom
In an attempt to solve coffee’s inevitable effect on teeth, one inventive brand has created the world’s first colourless coffee. Clear Coffee (Clr Cff) consists of arabica coffee beans from Ethiopia and water. The transparent color is due to an undisclosed processing method developed by two Slovak brothers, David and Adam Nagy, in London. According to the official website, Clr Cff doesn’t contain any additional sweeteners, flavours, preservatives, or stabilisers. The result is a flavourful, ready-to-drink coffee that’s low in calories and has the caffeine boost you need to tackle your day stain free. 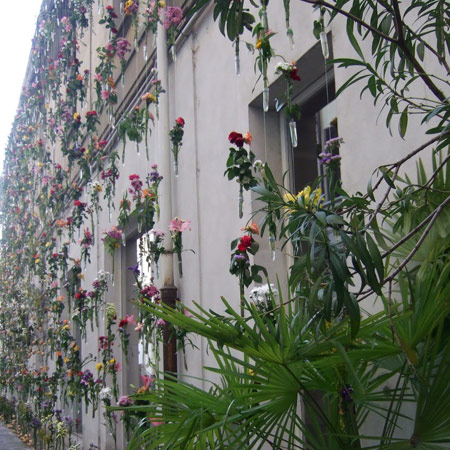 Flowerprint installation by Cornelius Gavril – Piuarch – Milan
During the Milan Design Week, at via Palermo 5, the Piuarch architecture studio covered its venue outer wall with flowers and herbs, a façade gardening installation that created an impressive decorative visual effect, almost a delicate floral embroidery or a fragrant trompe l’oeil. Cornelius Gavril, the landscaper who created it, used 2,000 flowers from rose, lilies, gerberas, carnations and aromatic plants, which formed 200 vertical lines of 10 meters high for 20 meters wide. Following an ancient technique, the last flowers have been grafted on a potato to make them last longer and give weight to each line. 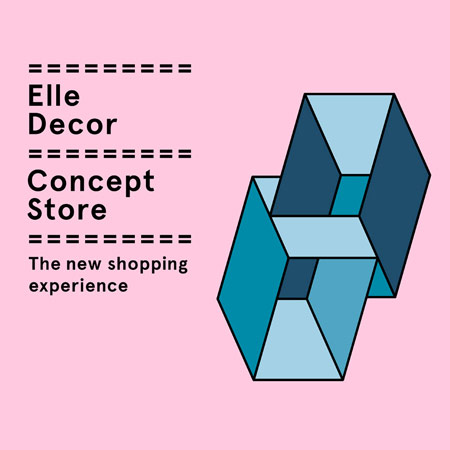 Elle Decor Concept Store by GamFratesi – Milan
The exploration of the convergence between the physical and the online dimension towards a new equilibrium for the evolution of the retail strategies, is at the base of the exhibition by Elle Decor at Palazzo Bovara in Milan for the Fuori Salone 2017. The focus of the retail-exhibition, the Elle Decor Concept Store by GamFratesi, is to experiment the relationship between analogue and digital within a physical point of sale. The exhibition is distributed along some rooms that offer different solutions for the retailers of furniture. Human and tech touch are harmonized: from digitally reading the details of a product directly from the shop-window, to the possibility to “dress virtually white walls” with digital wallpapers with a simple click. The exhibition will positively be open until April 28th, over the end of the Fuori Salone.