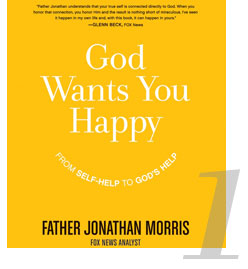 God Wants You Happy by Father Jonathan Morris
The book God Wants You Happy offers a life-long spiritual program that teaches you how to open yourself up to God’s loving presence in order to become everything he created you to be joyful, flourishing men and women. In other words, God wants you to be happy. In his work travelling the world for Fox News and in his parish work in New York City, Father Jonathan could not understand why people were choosing the vague and sometimes harmful advice of the self-help gurus and ignoring the tested and true help the Christian faith offers. With a Marketing approach he discovered that part of the problem was packaging: people thought the church dealt only in sin and guilt and not help and healing. But what if we reframed God’s good news in the same terms as the self-help world? 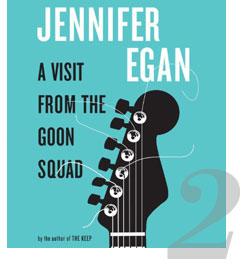 A Visit from the Goon Squad by Jennifer Egan – Pulitzer Prize for fiction 2011
An experimental novel inspired by Proust and The Sopranos and featuring a chapter written entirely as a PowerPoint presentation has won the Pulitzer prize for fiction. Jennifer Egan’s widely acclaimed novel A Visit from the Goon Squad beat books by Jonathan Dee and Chang-rae Lee to win the award, the most prestigious in American writing. Judges called Egan’s novel “an inventive investigation of growing up and growing old in the digital age, displaying a big-hearted curiosity about cultural change at warp speed”. The interlocking story, which has already won the National Book Critics Circle award for fiction, follows the lives of ageing punk rocker and music mogul Bennie Salazar and his young PA Sasha, moving from the 1970s to the near future, from New York and San Francisco to Naples and Africa. 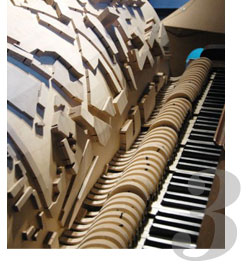 Stadsmuziek by Akko Golenbeld – Milan
Stadsmuziek is an installation created by Akko Golenbeld, and presented during Milan’s design week within “This Way”, an exhibition organized by Design Academy Eindhoven. A scale model of the city of Eindhoven, mounted on a rotating wooden cylinder like those used to read the music scores on the old pianola. Each structure, unique in size, shape and proximity to others, creates the theme tune ‘played’ through the hammers and – therefore – the piano keys. Turning the drum, the city expresses its voice translating the three-dimensional reproduction and producing a musical scale from loud to soft, from long to short, from high to low. 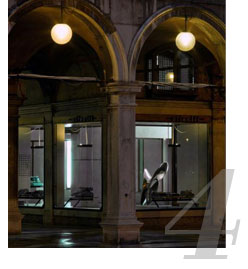 Olivetti Store – Venice
The Olivetti Store in Piazza San Marco, Venice, was designed by Carlo Scarpa in 1958 on behalf of Adriano Olivetti. Dealing with the small environment and the historical site, Scarpa creates a work of great breadth and transparency that is soon recognized as one of the most significant achievements of architecture of the twentieth century. Assicurazioni Generali, owner of the space, after taking care of the restoration work (in close collaboration with the Superintendence for Architectural and Environmental Heritage of Venice and the Lagoon), gave FAI the task to protect and manage it for the community, transforming it into a museum. On the 22nd of April, Olivetti Store opened to the public and can be now regularly visited. 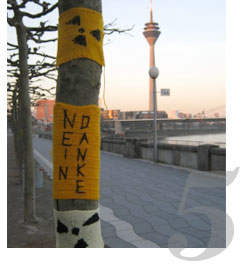 Knitting against nuclear power – Germany
Guerilla-knitters are tagging public spaces with political messages, like graffiti artists do, but by using the knitting technique. After the nuclear-power plant disaster at Japan’s Fukushima, “knitting guerrillas” are taking place around Germany. Knitting has become a unique means of protest used by two German students, Strick & Liesel, who have become famous for their “woollen” statements against the nuclear power plants. Their banners “Atomkraft. Nein Danke” (Nuclear Power. No thanks) knitted on trees and street lamps have recently surprised by-passers in Düsseldorf and Duisburg. 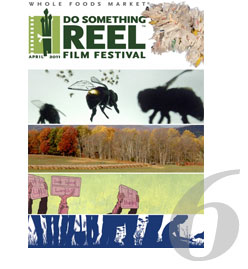 Do Something Reel Film Festival – Whole Foods Market – United States
In celebration of Earth Month 2011, Whole Foods Market, the leading retailer of natural and organic foods in the US and UK, on April 1st launched the Do Something Reel Film Festival. The festival is a collection of six films that focus on food and environmental issues through the stories of everyday people with a vision of making a better world. Among the six films, “Urban Roots” tells the story of a group of people from Detroit who work towards growing food on vacant land spaces in the city, while “Vanishing of the Bees” delves into the mystery behind the disappearance of the honey bees. 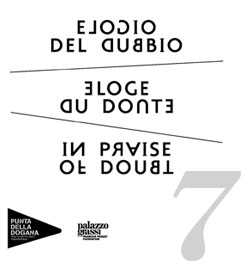 In Praise of Doubt exhibition curated by Caroline Bourgeois – Venice
The exhibition In Praise of Doubt, curated by Caroline Bourgeois at Punta della Dogana in Venice is a presentation of historical pieces and new works including several site-specific projects that question the idea of uncertainty, our convictions about identity, and revisit the relationship between intimate space and the space of artwork. Drawing on emblematic works from the ‘60s – and right up to the most contemporary creations – the exhibition aims to pay homage to doubt in its most dynamic manifestations; through its strength in challenging prejudices, conventions and certainties. The idea is to open up the field of possible questions in order to push back the limits each of us imposes, and to try and refocus our view of ourselves and the world. 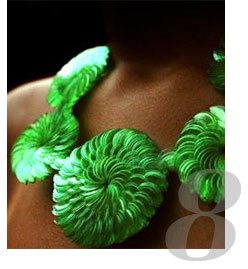 Brazilian Contemporary Jewellery exhibit – A Casa Museum – São Paulo – Brazil
A Casa, Museu de Objeto Brasiliero in São Paulo, presents an exhibition dedicated to the world of contemporary Brazilian jewellery. Through the works of 12 artists, the exhibit shows the materials and their uses, the forms and aesthetics, the design paths and the processes and their links between craftsmanship and technology. Jewellery is an artistic expression that is strongly and transversely linked to the Brazilian people, be it the result of formal academic research or linked to culture and traditional knowledge. The diversity of materials used and their free experimentation sees metals and precious stones meet with textiles and products from the land, as wall as with recycled materials: all interdependent elements in a creative system of great dynamism and openness. 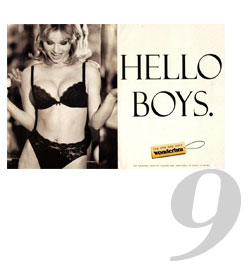 Hello boys Poster by Wonderbra awarded the title of best billboard of all time – UK
‘Hello Boys’, the Wonderbra poster from 1994 featuring a young Eva Herzigova showing a wonderful décolleté ironically inviting passersby to look into her eyes, is the best to ever have been created in the history of British outdoor advertising. This was decided by a panel of 10,000 voters convened by the weekly magazine Campaign together with the british Outdoor Media Centre. The 10,000 readers voted on a selection of 100 posters chosen by a small jury and placed on the site Outdoor Hall of Fame. The sexy and ironic image of the Wonderbra campaign characterised the most “iconic” poster of all times, which helped transformed the young Herzigova from being a testimonial to being a star. 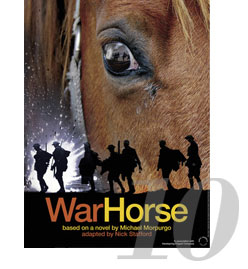 War Horse by Marianne Elliott and Tom Morris – Lincoln Center Theater – New York
On April 14, the stage adaptation of Michael Morpurgo’s 1982 children’s book War Horse officially hit Broadway at Lincoln Center Theater. With a run time of two hours and forty minutes, a cast of 35 actors and an incredible array of puppets and projections brought to life by the internationally renowned Handspring Puppet Company, this unique theatrical epic tells the story of the love between a young boy, Albert and his beloved horse, Joey and the bravery of a cavalry of soldiers during World War I.