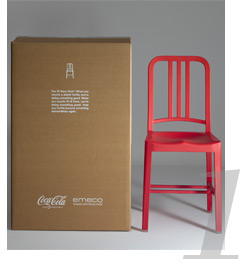 111 Navy Chair by The Coca-Cola Company and Emeco – USA
The Coca-Cola Company and furniture manufacturer Emeco have combined their iconic products – the Coca-Cola contour bottle package and the famous Navy Chair, to create a new chair made from at least 111 recycled plastic bottles. The aptly named ‘111 navy chair‘, debuts at the 2010 Milan design week in April. Modeled after the original aluminium Emeco Navy Chair designed in 1944 for the U.S. Navy, each 111 Navy Chair contains a mix of 60 percent PET plastic and a special combination of other materials including pigment and glass fibre for strength. It is estimated that more than three million PET plastic bottles will be repurposed annually for the production of 111 navy chairs. 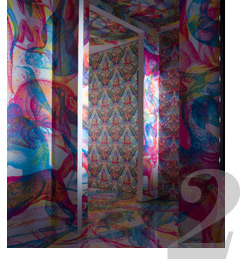 RGB. The Metamorphoses by Carnovsky for Jannelli e Volpi – Milan
Milan based design duo Carnovsky has created a new wallpaper collection called RGB. The Metamorphoses for Jannelli e Volpi, presented during Milan design week 2010. The RGB wallpapers mutate and interact with different chromatic stimulus. Each design consists in the overlapping of three different images, the result is oneiric and disorienting. Through a colored filter (a light or transparent material in red, green and blue) just one of the three layers in which the image is composed emerges. The collection is inspired in the antique theme of the metamorphoses: an unceasing transformation of shapes from a primigenial chaos in something that could be defined as a sort of exploration of the “surface’s deepness”. 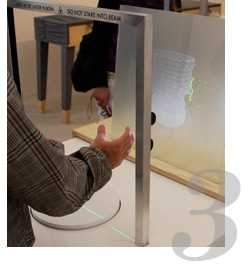 L’Artisan Electronique by Unfold & Tim Knapen – Milan
L’Artisan Electronique on show during the Salone del mobile 2010 was a virtual potting wheel and ceramic printer created by the belgian design studio Unfold in collaboration with Tim Knapen. This pottery wheel gave visitors a chance to ‘turn’ their own forms. In L’Artisan Electronique, pottery, one of the oldest artisanal techniques for making utilitarian objects, is combined with new digital techniques. The virtual pottery wheel utilizes a 3d scanner and digital software to generate a form. However, the project still clearly referred to the artisanal process of working in clay. The printing process imitated the traditional technique used by ceramicists, in which the form is built up by stacking coils of clay. 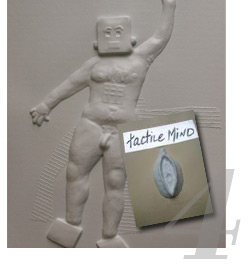 Tactile Mind by Lisa J. Murphy – Canada
The book, the brainchild of Lisa J. Murphy and called Tactile Mind, is designed to be ‘enjoyed’ by the blind and visually impaired – and is on sale for 225 Canadian dollars (about 180 euro). Canadian artist Lisa says that she made the book to fill a gap in the market, adding: “There are no books of tactile pictures of nudes for adults. We’re breaking new ground. Playboy has an edition with Braille wording, but there are no pictures.” She said that she made the book after realising that the “blind have been left out in a culture saturated with sexual images”. The entire book, or singular pages, can be purchased on the Tactile Mind the book website.

Event Horizon by Antony Gormley – New York
Antony Gormley’s Event Horizon is now on view in Manhattan’s Flatiron District and is garnering much attention both at home and abroad because of the 31 life-size statues that are populating the surroundings and rooftops of historic Madison Square Park, until August 15. The body forms of naked men made of iron and fiberglass, in places no one expects, have startled the bypassers and concerned the locals, many of whom have been calling 911 because they believed the statues are real people on the verge of jumping off the buildings. The artist said his aim was for people to examine man’s place in the world by putting the sculptures in odd places. “This is a copy of my body. But it’s ten times the specific gravity. It’s very solidly there,” said Gormley. 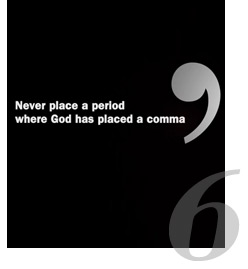 “Language of God” commercial – United Church of Christ – USA
Language of God is the last United Church of Christ commercial. Launched the 16th of April on YouTube, the spot hit it big. The UCC is a North American protestant Church which defines itself as “a welcoming, justice-minded Christian community” and has “God is still speaking,” as its motto. The UCC uses viral marketing to spread its message and this commercial, with the slogan “Never place a period where God has placed a comma”, talks about the relevance of God in today life, through people and their everyday life relations, also the ones of discriminated targets such as homosexuals. 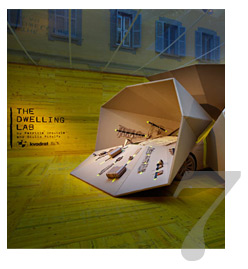 The Dwelling Lab – Salone del Mobile 2010 – Milano
One of the most interesting proposals (both visually and conceptually) at the recent Milan Design Week, BMW, Flos lighting and Kvadrat fabrics teamed up to produce a sculpture called The Dwelling Lab. The German carmaker and the Danish textile manufacturer asked Patricia Urquiola and Giulio Ridolfo to create the installation, using the BMW 5 Series Gran Turismo as the starting point. The upshot, an expanded car made of unconventional materials, reveals a multidimensional environment full of curious objects. The ‘exploded’ surfaces have been covered with everything that we can find in our cars after a long journey. Each section is linked with yellow elements, working as warning elements, since the desire of the designers was to give the feeling of a real construction site. 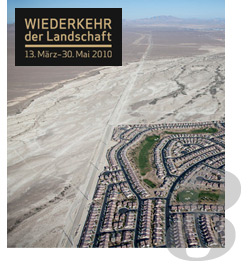 Return of Landscape exhibit by Alex S. MacLean – Akademie der Künste – Berlin
The 21st-century city will need to evolve from the countryside and it requires creative and sustainable solutions, as well as a new and emotional approach. The Akademie der Künste in Berlin is placing these issues at the heart of a large, interdisciplinary exhibition entitled Return of Landscape. Among other topics, the exhibition aims to compare and contrast the world’s two most artificial cities: Las Vegas and Venice, which are both struggling with similar ecological problems, including urban sprawl, air pollution, and water shortage. The urban analyses of the cities will be supplemented by examples of contemporary architecture and landscape planning which combine ecological efficiency with a high aesthetic standard. 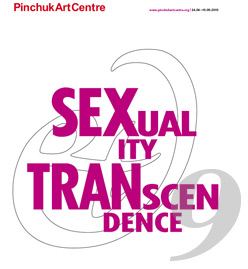 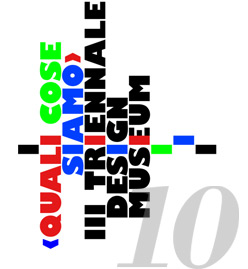 Quali cose siamo (Which things we are) – Triennale Design Museum – Milan
From 27 March 2010 to February 27, 2011 the Triennale Design Museum presents a new exhibition that concerns the hidden stories into the Italian design objects, titled Which things we are. “Every object is a wire – Rampello, the President of Triennale, says – and all together constitute the warp and the fabric of a veil that hides the social relations. Objects speak, talking a lot of us: who we are and what we want to begin. Still living independently. As in fairy tales, when you turn off the light and the world of the things take life”. The editor, the designer Alessandro Mendini also says, “We can call this museum a pinball. The game of ball bouncing from one object to another that pushes an object to another for 500 times until you get into the pit. Each visitor plays his personal game of attention”.