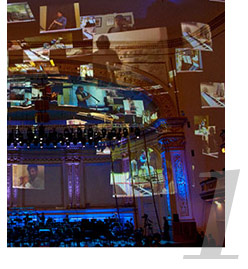 You Tube Simphony Orchestra – Carnegie Hall – New York
The world’s first symphony orchestra assembled from online auditions made its debut at New York’s Carnegie Hall. At least 96 musicians from more than 30 different countries have given their first performance in the YouTube Symphony Orchestra in New York The video-sharing website held a contest that allowed anyone, anywhere to upload a clip of themselves playing. A selection went to a popular vote. The winners were flown in to play at Carnegie Hall – one of the most prestigious venues in the world. The concert featured a series of short pieces that had been rehearsed for several days. 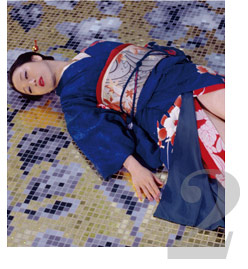 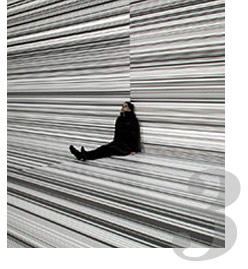 +/- [ the infinite between 0 and 1] by Ryoji Ikeda – Museum of Contemporary Art – Tokyo
Japanese artist Ryoji Ikeda creates at the extremes of sound, light and mathematics to produce complex transformative works of singular beauty, +/- [ the infinite between 0 and 1] is his first major retrospective at the Museum of Contemporary Art in Tokyo. The exhibition includes new commissions, large-scale and audiovisual projections, sound works and sculptural pieces, evolving the synaesthetic effects of Ikeda’s earlier works, fusing sound and image in intensely physical experiences. Among others, he presents some works developed from datamatics, Ikeda’s series of “experiments that explore the vast universe of data in the infinity between 0 and 1″: music, time and space are shaped by mathematical methods as Ikeda explores sound as sensation, pulling apart its physical properties to reveal its relationship with human perception. 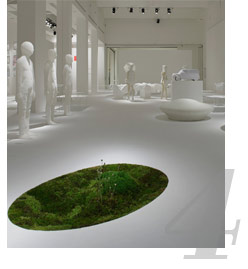 Senseware Exhibit – La Triennale – Milan
Blossoming, floating, smiling, shining in the darkness: the natural and the emotional perfectly merge in this astonishing exhibition where the artificial becomes a tangible experience. Organised by seven Japanese fibre manufacturers, Senseware explored for one week during the Milan Furniture Fair the use of new manmade materials and each of the materials was allocated to a designer. “Matchmaking of fibres and creators is the make-or-break decision for this exhibition,” says the curator Kenya Hara. “Eventually, I invited 15 creators to participate, comprising of people working in architecture, interior design, product design, art direction and media analysis.” At the Design Museum inside Milan’s Triennale, the textile exhibition Tokyo Fiber “Senseware” is touring the world promoting avant-garde materials from Japan. 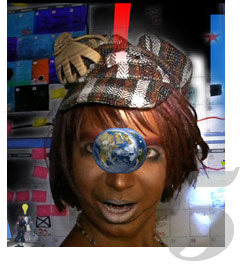 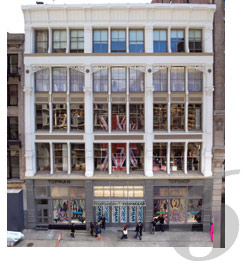 Topshop opening – New York
Topshop, the famous english clothing and fashion accessories’ chain, has officially opened its first flagship store outside of the United Kingdom in the U.S., in New York City. The grand opening of the 2nd of April, has been celebrated by the owner, Sir Phillip Green, together with Kate Moss. The store is a four-level 40,000 square feet emporium in the Soho district, down on Broadway at Broome Street. From this month on, therefore, the newyorkers can buy in their own city the famous fashion stylists and designers’ items which Topshop offers with competitive selling price in its stores. But they can also take advantage of some additional services, such as a one stop hair salon, and a one hour tailoring service. 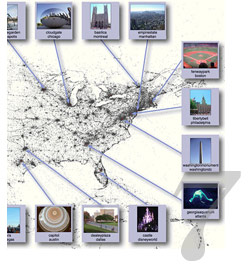 Cornell scientists analyse Flickr photos – USA
Cornell scientists have downloaded and analysed nearly 35 million Flickr photos, using a supercomputer at the Cornell Center for Advanced Computing. Their research provides a new and practical way to automatically organise, label and summarize large-scale collections of digital images. The research also generated statistics on the world’s 25 most photographed cities and the top seven most photographed landmarks. Interestingly, the Apple Store in Manhattan was the fifth-most photographed place in New York City – and the 28th most photographed place in the world. The researchers developed techniques to identify places that people find interesting to photograph, showing results for thousands of locations at both city and landmark scales. 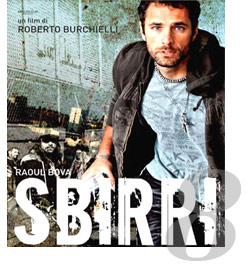 Sbirri (Cops), by Roberto Burchielli
Sbirri is a docu-movie with the Italian actor Raul Bova playing the role of a committed journalist, who suffers a loss in the family: his 16 year old son dies from taking an ecstasy tablet during a trip to Milan. Matteo supported by his director starts an investigation on the sale of drugs. The movie shows the Milan Police Special Squad point of view. Burchielli’s movie has to be noticed for its hard experimentation, crossing over to documentary: the actor and the troupe all, had been introduced to the difficult daily activity of the policemen that are trying to stop the drugs emergency for the younger population. 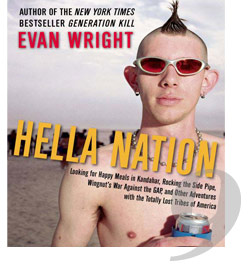 Hella Nation by Evan Wright – USA
Evan Wright is specialised in outsider culture. Hella Nation, a collection of his most outlandish adventures from 1997 to 2007, offers 12 tales of outsiders, people more or less living off the grid in mainstream America. Along the way, Wright encounters runaway teens earning corporate dollars as skateboard pitchmen; radical anarchists plotting the overthrow of corporate America; and young American troops on the hunt for terrorists in the combat zones of the Middle East. His subjects are people for whom the American dream is either just out of grasp, or something they’ve chosen to reject altogether. Hella Nation is Evan Wright’s meticulously observed tour of the jagged edges of all those other Americas hiding in plain sight amid the nation’s malls and gated communities. 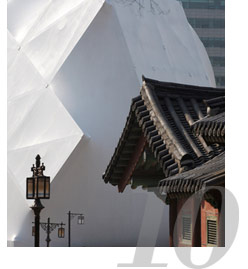 Prada Trasformer with Rem Koolhaas – Seoul
Prada has collaborated with Rem Koolhaas to create the Prada Trasformer, a temporary venue for exhibitions and performances in the South Korean capital, next to the historic 16th-century Gyeonghui Palace. To accommodate the complex programme of events the pavillion can be reconfigured to the needs of the event taking place. Cranes will rotate, and then flip the transformer into 4 different façade and floor plate configurations. The floor in one configuration will become the walls or ceiling of the others. Visitors will experience five months of programming, including an exhibition of skirts by Miuccia Prada and AMO, the think tank wing of Koolhaas’ practice.