Shine A Light by Martin Scorsese 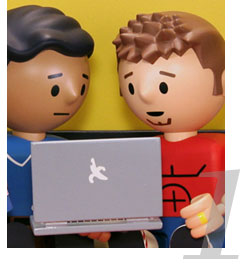 Rick & Steve, the Happiest Gay Couple in the World
The cartoon Rick & Steve, the Happiest Gay Couple in the World has won the Best TV Series award at Cartoons on the bay, an Italian animation festival which took place in Salerno. The cult series (inspired by an award-winning short by Alan Brocka) is about a gay couple and their friends living in the fictional gay ghetto of West Lahunga Beach. Each of the main couples on the show face relationship “issues” not uncommon in same-sex couples. Festival judges commended the show for “pushing social boundaries and tackling stereotypes in a wicked and irreverent way”. 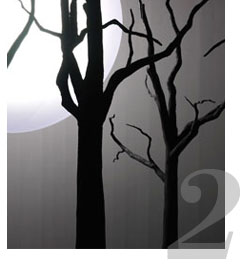 Cellar Door by Loris Gréaud – Palais de Tokyo – Paris
Cellar Door is an ambitious artistic enterprise: a colossal organism engendered by an original music score that distends through space and time. With this exhibition by Loris Gréaud, for the first time a French artist under 30 is taking over the Palais de Tokyo (Paris) in its entirety. The exhibition is a mutant form, one that has crystallized around an obsession, the production and manufacturing of a studio. The common version of the artist’s studio, the dream factory, isn’t on display; rather, the studio is featured as a dreaming factory, a delirious object endowed with thought and speech that constantly reinvents itself. Loris Gréaud is a cross-disciplinary artist, an enthusiast of architecture and quantum mechanics, the founder of a studio for experimental film, a producer at an electronic music label. 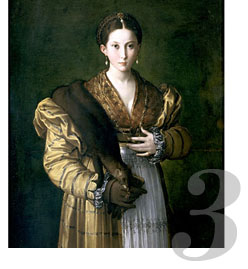 Parmigianino’s ‘Antea’: A Beautiful Artifice – Frick Collection – New York
This special exhibition at the Frick Collection, which should have remained on show till April 27th, has been extended due to its great success. The only painting displayed, Parmigianino’s ‘Antea’ an Italian Reinassance masterpiece, loaned by the Museo di Capodimonte in Naples. This portrait, painted in the early 1530s, captures the viewers eye for the exquisite workmanship, but even more for the mistery which surrounds it and enriches it with many different meanings and interpretations. Many people in New York have queued for a long time to see Antea and even Vogue America dedicated to her a whole article. 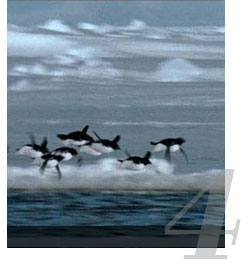 Penguins that can fly – BBC – United Kingdom
British broadcaster the BBC has made one of the most important discoveries in the history of ornithology – penguins that can fly. The BBC, famed for its groundbreaking natural history documentaries, has captured remarkable footage of the flying penguins, known as Adélie penguins, as part of a new series to be titled ‘Miracles of Evolution’. The discovery was made while filming on King George Island, some 750 miles south of the Falkland Islands. The footage, presented by Terry Jones, the former Monty Python actor, has shown penguins leaving the cold Antarctic, in order to reach the Amazonian rainforest where they can enjoy winter sun. Announced by Telegraph, the video was broadcasted April 1st. 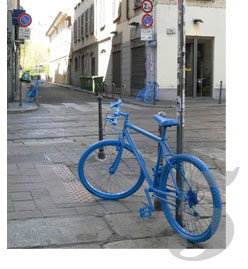 Blue Bike invasion – Milan
On the 7th of April, the area of Porta Ticinese in Milan was invaded by blue bikes. There were a lot of hypothesis about the event: a creative performance linked with MiArt, an invitation for politicians to use blue bikes instead of official cars (auto blu), or something regarding the Italian football team. In fact it seems to be a commercial event of guerrilla marketing, in which – following the example of DKNY in New York – a famous sportswear brand used the blue bikes as guerrilla marketing tools. 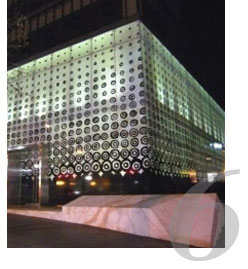 10 Corso Como – Seoul
A place of cult in Milan, born from the mind of Carla Sozzani, a place to meet and for cultural references, recognised for its search of subjective stimuli and unknown forms of daily life, 10 Como Como exports its format to Asia. 10 Corso Como Seoul has been inaugurated, the first of ten spaces that will be opened in the larger Asian cities thanks to the partnership with the Korean multinational fashion group Samsung Cheil. The new space in Seoul is located in Cheongdam-dong, one of the most dynamic areas of the metropolis, with a surface area of approximately 1.400 square metres on three levels. Fashion, design, art, books, music, a café and restaurant with garden that continue to put forward global aesthetics through this Milanese format. 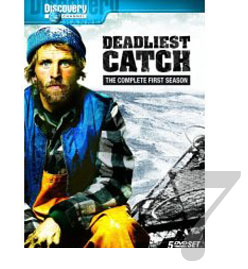 TV Series Deadliest Catch – Discovery Channel – United States
Discovery Channel’s Emmy-nominated series Deadliest Catch returns Tuesday, April 3rd, for a third season of daring adventures on the high seas. Viewers once again voyage to the Bering Sea and follow the brave captains and crew of eight crab-fishing vessels as they struggle against the treacherous weather conditions doing one of the deadliest – and most lucrative – jobs in the world. This season, which is currently being filmed as boats head out to catch opilio crab, viewers experience life above and below the Alaskan waters. For the first time, viewers see the fishing vessels being tossed around by the high winds and rough seas. The unique angle will also offer a new perspective of the fishermen working the rails, setting and hauling the massive 800-pound crab pots as their boats fight the crashing waves. 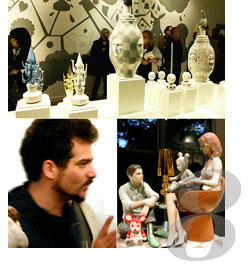 Jaime Hayon Exhibit – Spazio Rossana Orlandi – Milan
Jaime Hayon, Spanish designer known world-wide for his versatile and extravagant design works, had a solo exhibition during Salone del Mobile at Spazio Rossana Orlandi. His latest projects where presented to the wider public from the 16th to the 24th of April, and visitors had the chance to closely admire the Fantasy Collection, elegant and colourful porcelain objects designed for Lladró, the new summer shoes for Camper, and the launch of his first monograph, a book dedicated to his career and work, published by Gestalten with a preface by Jasper Morrison. 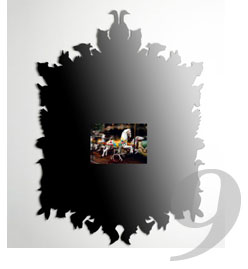 Intravedo collection for DND Casa by Chiho Kim
The Intravedo collection of DND Casa designed by the Korean designer Chiho Kim, presented during FuoriSalone 2008, is a design work that focuses on the transformation of a flat screen into an almost magical surface, far away from technological connotations. Those screens, when switched on, clearly display the images of the LCD TV, but when switched off revert to original-looking mirrors. The Mirror Image advanced technology makes possible the traversing of mirror finish or coloured glass of the images produced by the LCD active matrix screens (applied magnetically to the back of the mirror). 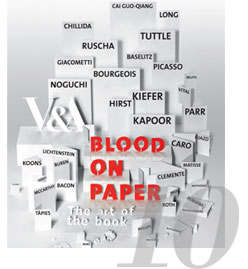 Blood on Paper – the Art of the Book – Victoria and Albert Museum – London
At a time when the notion of the book is challenged by the advent of the screen and computer, this exhibition aims to show the extraordinary ways in which the book has been treated by leading artists of today and the recent past. Blood on Paper focuses on new and contemporary work, and on books where the artist has been the driving force in conception and design. The past twenty years have seen outstanding work by some of the most influential and respected artists of our time. The exhibition selects books which reveal both the creative process and the soul of the artist in question. Some are iconic works which established the genre of the livre d’artiste after the Second World War; others are surprises from artists who are best known for their work with other sorts of material.