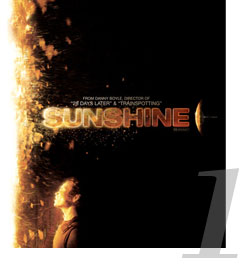 Sunshine by Danny Boyle
In this sci-fi, but very scientific, film, Danny Boyle, former director of Trainspotting, stages the voyage of mankind toward what gives and mantains life in the Universe, but which now, in 2057, is dying, the Sun. The mission goal is to deliver a nuclear bomb to reignite the part of the star that is failing. The travel is not only a space journey, but also – and most of all – is a psychological one and it shows us what could happen to mankind challenging godhead. Special effects and scientific knoledge are wisely mixed to the human deeply rooted research about the meaning of life and to the theological thought. 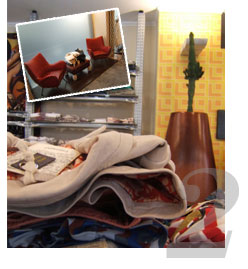 Democratic Department – Milan
Democratic Department is a newly opened concept store in Milan that wishes to bridge the so called mid range price band, with independent brands, research and experimentation. “Save the fashion kill the price” is the slogan of the new store that has a floor area of 400 metres on two floors and where one can find brands that include G-star, Cheap Monday, Hoss, Sita Murt, Colcci, Firetrap, young French brands like BelAir, An’ge and many others. Limited editions and not missing and discounts from 20% to 40% for those who sign up for the electronic community card. 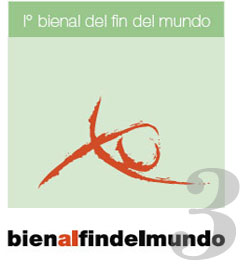 Bienal fin del mundo – Ushuaia – Argentina
The Ushuaia’s biennial seems dedicated to the end of the world, as the city is most Southern city of the world, in Tierra del Fuego, Argentina. In this first edition, the selected work by 60 international artists focused on delicate issues, such as global environmental dramas and political relations between the North and the South of the world. Locations are of course striking, such as Lucy and Jorge’s site-specific in the Antarctic Peninsula, where they have built a real village with sleeping bags, tents flags and important writings such as the Universal Declaration of Human Rights. 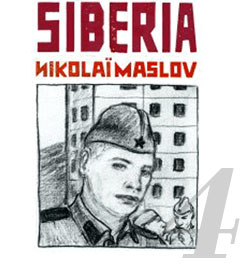 Siberia by Nikolai Maslov
Siberia is a graphic novel written by Nikolai Maslov, released in Italy by Alet, which gained success recently, above all in France. This autobiographical comic book, frame after frame, describes the dreariness of Soviet Union. Maslov’s designs are simple, and he manages to tell the story of a young Russian who travels through the Siberian countryside, only with a pensil. Le Monde wrote: “Dostoevsky relives in these pages”, while Le Figaro stated: “There is nothing invented, it is a real story”. 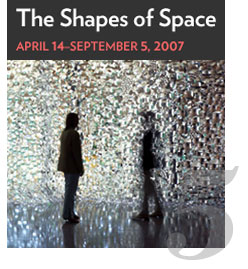 The Shape of Space Exhibit – Guggheneim Museum – New York
Space is one of the basic elements in art, and yet also one of the most resistant to definition. Almost all artworks take up, contain, describe, or create space – but as an abstract concept informed by larger systems of comprehending the world around us, whether mathematical, physical, metaphysical, spiritual, or political, our understanding of space has taken innumerable forms throughout history and in different cultural contexts. The Shapes of Space, at the Guggenheim Museum of New York, explores these approaches to the elastic notion of space. Rather than seek a continuous, chronological art historical narrative, the exhibition positions itself as an open-ended inquiry, structured around several distinct thematic clusters. 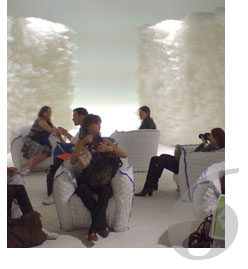 Tokujin X Moroso installation – Milan
Tokujin X Moroso, was the title of the installation for the Salone del Mobile 2007 within the Moroso showroom in Via Pontaccio, Milan. Tokujin the Japanese creative presented a new collection, which included the Panna chair. Experimenting with unusual materials, so creating shapes and interpreting and reprocessing them via the poetry of Japanese culture. Forcing us to dive into his design, to live it intensely and globally. He created a surreal world, a sublime language of strong spirituality, an environment, an atmosphere and a language, an enchanted world, where each one was involved emotionally in a unique visual and sensorial immersion. 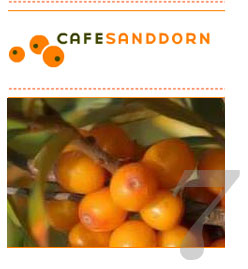 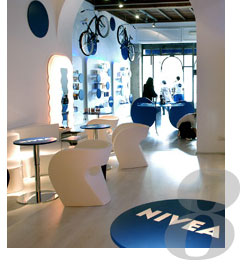 Nivea Temporary Shop – Milan
Nivea has opened in Milan its first Temporary Shop, a point of sale opened only for a month, from the 14th of April to the 13th of May 2007. Inside the shop it is possible to test beauty and wellness treatments for men and women, also free of charge, after one reservation on line. The brand uses the pos in a communication way, as a container for unexpected experiences. The colors of the shop are such icons of the brand: white and blue. Inside there are pieces of design furnishings, in tune with the events of the period of the opening (ex. the Salon of Furniture of Milan). 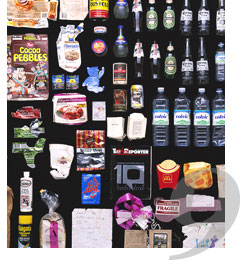 Trash, by Bruno Mouron and Pascal Rostain – Paris
The original inspiration for this two-man project was an article in the daily newspaper Le Monde where a sociology professor explained a study he had carried out in which household waste was analysed in order to provide an understanding of consumerism and social behaviour. Bruno Mouron and Pascal Rostain found that this was both the opportunity to have some almost adolescent fun that was perfectly consistent with their profession : they decided to ‘go through the trash’ thrown away by their celebrity clients. In the last 15 years they have portrayed the garbage of Brigitte Bardot, Bernard Tapie, Yannick Noah, Gérard Depardieu, Marlon Brando, Jack Nicholson, Madonna, Michael Jackson and even Ronald Reagan. These pictures are now exhibited at the Maison Européenne de la Photographie in Paris. 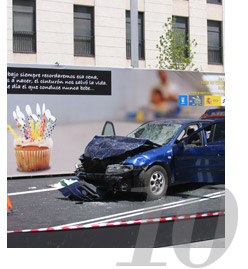 UN World Road Safety Week – Madrid
The UN World Road Safety Week was celebrated in Madrid with many initiatives. The most impressive was an exhibit of very realistic wrecked vehicles placed in the eight main city squares. Vehicles were shown with all the objects belonging to the occupants, from road map to mobile phones. The aim was to catch the attention of the people regarding the importance of safety belts and helmets for bikers and to warn the public about bad driving.