Against All Enemies by Richard Clarke 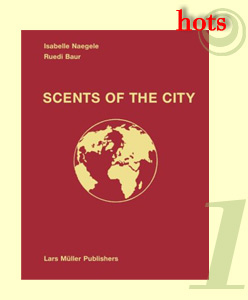 Scents of the City by R. Baur and I. Naegele
Scents of the City is a photographic volume: a Ruedi Baur and Isabelle Naegele’s collection of samples and patterns found in a wide range of public spaces throughout the world of cities. The book reveals a “city the flavor of which is so difficult to describe with words.” Smells of the city (hardly ever noticed) or sometimes a surprising freshness (a breeze bearing the merest traces of a scent) which captivate our sense and turns everyday banality into poetry. Examples are taken from a wide range of cities, and the differences are further expressed through the use of multiple languages, with short texts appearing in Chinese, Japanese, Spanish, Portuguese, Russian, English, French, and German. 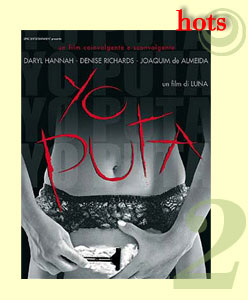 Yo puta (Whore) by Luna (María Lidón)
The movie Yo puta (Whore) is based on a novel by the Uruguayan journalist Isabel Pisano, famous for her extreme war reportages. In her best seller, Isabel Pisano talks about her difficult and painful experience of investigating the world of prostitution. The story has fascinated the young Spanish movie director María ‘Luna’ Lidón and led her to make a movie that, starting from the same premises, could portrait the phenomenon of prostitution in all its aspects. Luna’s approach is very personal and modern: a fusion between documentary – with the contribution of the same women that offered their witness to Isabel Pisano – and fiction – with parts of the movie with Daryl Hannah and Denise Richards as protagonists. 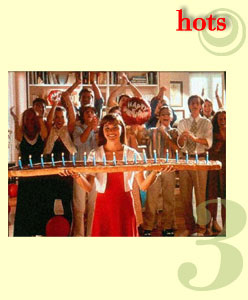 Happy Birthday Nutella® !
Nutella® is 40 years old. Since April 20th 1964 this hazelnut and chocolate cream has made the entire world dream and sin of gluttony. Transforming itself from simple brand to icon of the intergenerational collective imaginary, Nutella® has become a real phenomenon of custom. In occasion of this historical anniversary, the book “Nutella® – un mito italiano” (Nutella® – an Italian myth) by Gigi Padovani has come out; running through the history of the product, it talks about the last four decades of Italian history. Nutella® is celebrated with a party in Turin. 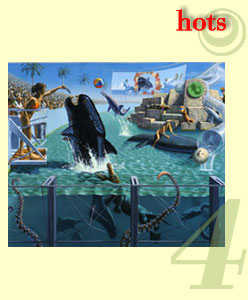 Projected Worlds, London
From 23 April to 13 June 2004, Projected Worlds at Camden Art Centre presents a provocative and compelling series of exhibitions and events centring on three artists’ visions of a projected world: Alexis Rockman, Brian Griffiths, Jennie Pedley. All depict both a micro and a macro landscape and are characterised by their totality and obsessive attention to detail. While they may appear fantastic, the visions have all grown very much from the real. They speak eloquently about our engagement with scientific thought and debate, its representation in visual culture and our hopes and fears for the future. 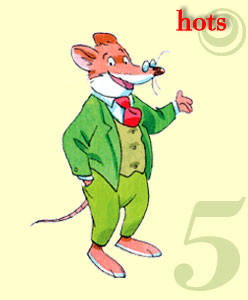 Children’s Book Fair, Bologna
The 41st Bologna International Children’s Book Fair, dedicated to books and multimedia, shows the international production of children literature, also opening towards African, Asian and Latin-American countries. On this occasion, it is to remark the success in the USA of some European publishing phenomena: the Italian adventures of the journalist/mouse Geronimo Stilton, published by Piemme, are among the ten best sellers of the American lists. 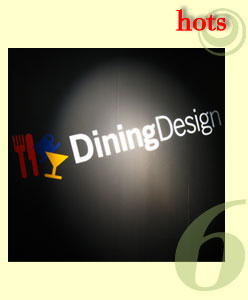 Dining Design, Milan
Dining Design, an initiative that took place during the Milan Furniture Fair, has been representative of the new trends related to innovation in the dining experience. The exhibition, located in the Milan Fair, has offered an overview of themes that see the worlds of food and catering as the protagonists together with fashion and design: ten ethnic restaurants design by ten international universities and academies of design which describe design through the relationship between food and living environment. On the same floor visitors had the chance to visit an exhibition of chairs designed by famous architects but also the restaurant of the world wide known chef, Claudio Sadler. 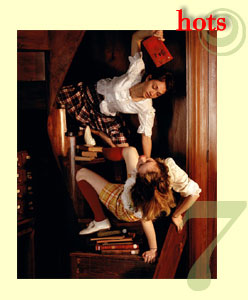 Credo and Call me Istanbul, Karlsrhue
Multiculturalism, art and interactivity: in Germany the multimedial museum Karlsruhe is organizing two projects which deal with these three dimensions. Credo, produced by Fabrica Musica, focuses on the theme of ethnic and religious conflict and tries to achieve a new form of communication, through the capacity of perceiving the cultural difference as enriching rather than dangerous. It will be costructed as a series of events the first of which, on April 30, will link by satellite with the cities of Jerusalem, Istanbul and Belfast, where various artists will perform toghether in a virtual environment. Call me Istanbul (April 18 – August 8) is an exhibition which wants to be a crossable diaphragm between Istanbul present and Europe future, an interface mediating between the surface features and deeper structures of the city. 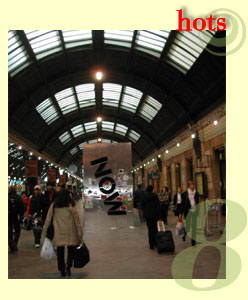 NOW underground, Milan
During April some of the works produced by graffitti artists on the street walls, have been pratically transported in exhibition panels located in Binario 21, one of the train platforms of Central Station. Sixty meters of zink house the immages and designs but also the tags of forty artists from different countries, like Italy, France, Spain, England, Germany, Holland, Sweden and United States. The Now underground exhibition presents to the wider public a new generation of street artists who use different media such as photography and graphics creating an expressive language that becomes a second layer of the urban reality.

Peter Beard for Sony Italy
Peter Beard, the adventurous artist, the newyorkese photographer in love with Africa, friend of Andy Warhol, Francis Bacon and Karen Blixen is presenting at the same time the exhibition Dynamic Mosaics (at the Spazio Armani Arte, Milan) and the new campaign/event made for Sony Italia. Beard believes that “we need to educate people to the laws of biology. We have to educate them and survive. The future is in information and communication”. This is probably the reason why he has accepted to realise an advertising campaign for a company like Sony, creating images with an evoking contrast between nature and technology, combined with personal artistic interventions. 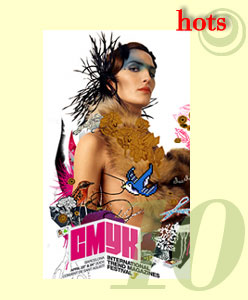 CMYK International Trend Magazine Festival, Barcelona
The first edition of CMYK, an international event dedicated exclusively to trend magazines, took place on April 23 and 24 at Sant Agustí Convent in Barcelona. During two days and nights the major local, national and international trend publications met at CMYK. The festival counted with the participation of the most relevant people of the sector, such as Terry Jones, publisher of British I-D magazine and controversial social philosopher Gilles Lipovetsky, author of The Empire of Fashion, a sociological vision of trend and fashion phenomena. There was also a special place dedicated to online magazines headlined by Takeshi Oguchi from Shift (Japan) and the participation of Fake Online, Alevosía, K10k, Design is Kinky, Fa Esthetic, Show Studio, Tiger Magazine, Uncen Magazine, Le Cool, Flavor Pill, Juxpo, Shade Magazine, Colors Magazine and Vanidad.