Spirited Away by Hayao Miyazaki 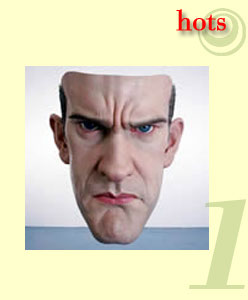 The new Saatchi Gallery – County Hall, London
On 17th April the new Saatchi Gallery opened in London in the sumptuous building of the County Hall, which lies beside the Thames a short distance from Westminster Cathedral and the London Eye. The famous collector Charles Saatchi, who undoubtedly possesses one of the most important collections of modern art, has dedicated the new space to a sort of obsession for mortality and physical decay, with an evocative but also morbid search for the vivisection of reality. It is no coincidence that half of the works are by Damien Hirst, who has certainly been one of the main representatives of “britart” right from the start of the 90′s. Other famous pieces include the monumental portrait of Myra Hindley, the serial killer who died in prison a few months ago, painted by Marcus Harvey, the photographs of Hiroshi Sugimoto and the unusual Angel by Ron Mueck. 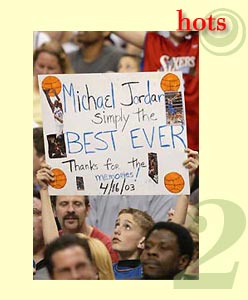 M. Jordan’s last basket, Philadelphia
Six NBA championships, 5 as best player, 10 as leading scorer, a whole string of records earned in a career spanning 15 years. The farewell match was played on 16th April in Philadelphia, amidst the ovations of 21,257 spectators and the chorus of “We want Mike” chanted by the fans. MJ scored his last basket and it was immortalised by thousands of camera flashes. “Basketball has been my life, it has been my best friend: I have given a great deal to it and I have received a great deal from it” declared the now 40-year-old Mr. Air. 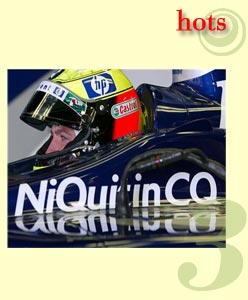 Williams give-up smoking
The Williams Bmw team, heavily sponsored by tobacco in the past, has claimed a Formula One first with a ‘landmark’ anti-smoking sponsorship. The BMW-powered team said the GlaxoSmithkline brand NiQuitin CQ, a range of products to help people give up smoking, would be displayed prominently on their cars from this weekend’s San Marino Grand Prix in Italy. Williams marketing director Jim Wright said the sponsorship deal was initially for one year, with an option to extend, and involved a sizeable investment. “It’s a landmark deal for a Formula One team and a first for motorsport,” he said. “We’re helping motor racing kick the habit.” “This deal confirms that there is a future for Formula One after tobacco sponsorship,” said team boss Frank Williams. Motor racing’s ruling body (FIA) is planning legal action to try to overturn a European Union law banning tobacco advertising from mid-2005 and has warned that the continent risks losing grand prix races as a result of the legislation. Tobacco sponsorship has long been a part of the glamour world of Formula One. Five of the 10 Formula One teams — champions Ferrari, McLaren, Renault, BAR and Jordan — are heavily backed by cigarette brands. Formula One’s governing body has already cancelled this year’s Belgian Grand Prix as a result of local anti-tobacco legislation and announced Austria will be struck off after 2003. It wants an agreed global ban from October 2006 in order to take account of existing sponsorship deals in the sport. Williams, sponsored by the Rothmans and Winfield brands in the 1990s, renounced tobacco sponsorship three years ago when they teamed up with carmaker BMW. Wright said he hoped Williams had seized the initiative with a deal that “proves there is a future for Formula One after tobacco”. 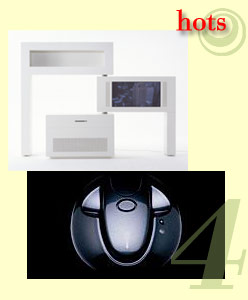 Focus on Excellence – Furniture Fair, Milan
A new approach to international design represented by two projects, presented during Milan Furniture Fair 2003. From one hand, the collaboration of Siemens, the world’s major manufacturer of cordless phones, and Alessi, the italian design dream factory, brought into light the Alessi telephone, designed by Stefano Giovannoni. The phone, presented at the Triennale di Milano, will come out in only two colours black and white and is characterised by its simplicity. Philips Design, on the other, joined up with Italian furniture manufacturer Cappellini. The range, called Paesaggi Fluidi (“Flowing Landscapes”), includes exclusive design furniture featuring integrated home entertainment appliances, brings together technology and design in the domestic environment. The project was presented at Superstudio Più in Milan and will be retailed through Cappellinis stores. 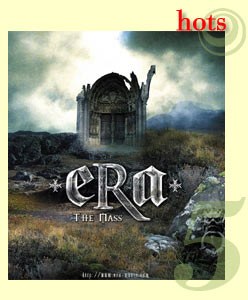 The Mass – ERA
Eric Levi is the inventor and soul of the ERA project, a world-wide success that has totalled sales of over 6 million copies with its first two albums. The latest album, The Mass, which jumped immediately to the top of the rankings in Italia, creates typical Gothic atmospheres, conjuring up medieval knights, battles and court intrigues. The pivotal element of the new album is the single “The Mass”, an exciting modern adaptation of the most famous theme in classical music “Fortuna Imperatrix Mundi” from the Carmina Burana by Carl Orff. 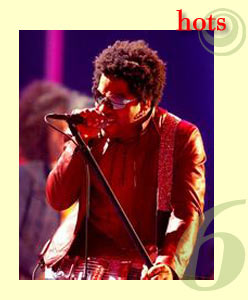 We Want Peace, Lenny Kravitz
“We Want Peace” is an urgent call from Lenny Kravitz for world peace. Kravitz wrote the song and performed it with Kazem Al Sahir, Iraq’s number 1 pop music artist, who is better known as the Iraqi Diplomatic Ambassador of the world and a true legend of Arabic Music. “There won’t be peace if we don’t try, this song is about our role as people in the world and that we all should cherish freedom and peace” argues the singer in the interviews released this month all around the world. The song, is available exclusively at Rock the Vote’s website, a non-partisan, non-profit organization dedicated to protecting freedom of expression and empowering young people to change their world. 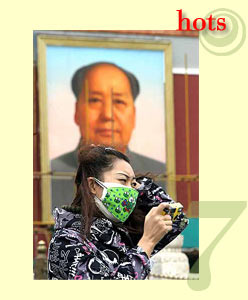 Sars and Fashion, Far East
The SARS phenomenon has made an impression on the whole world, generating phobias, anxieties and fears, but also prompting the unpredictable advent of styles originating from the lower levels. In the Eastern countries, using a typically oriental and “transitive” approach, even the face masks have been modified and adapted, to satisfy the local passion for designer labels and cartoon characters. In the streets of China, Japan and Hong Kong you can in fact find lots of people wearing real and proper “protective fashion accessories”, decorated with the drawings of Hello Kitty, but also with the logos of Valentino and Louis Vuitton. 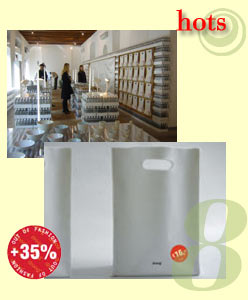 Droog Design – Your Choice, Milan
Of all the projects presented at the Furniture Exhibition, Droog Design one stands out for its particular conceptual choice. “Your Choice” consists of the serial display of products, (t-shirts, bags, etc.) that are completely identical but priced differently according to what is printed on the products and its positioning. The philosophy of the group of designers investigates what happens when the consumer is offered too many variables to the point that choosing becomes impossible. In “Your Choice” these considerations are inverted: if the products are identical and only the prices vary, then obviously the one with the lowest price will be bought. If the price were displayed visibly and permanently, would the consumer adopt the same criterion ? 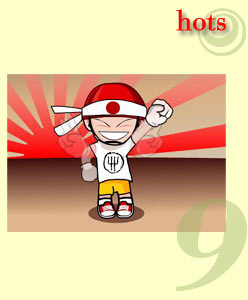 Clio Banzai
The Clio Banzai advertising campaign has taken its inspiration from Japan and its stereotypes. To drive a Clio, a boy is willing to do absurd things, to the point where we see him run through the city after covering himself first in pitch, then in white feathers. The official Clio website also proposes a challenge, with an on-line game complete with rankings and final prizes. The slogan says: “And what are you willing to do to drive it”. Music plays an important role, both in the site and in the commercial: the generation of thirty-year-olds will in fact certainly recall this jingle as the theme music of the “Jeeg Steel Robot” animated cartoon. 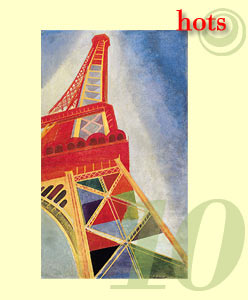 Une Tour Eiffel haute en couleurs, Paris
On the occasion of the anniversary of the opening of the Eiffel Tower, Paris is hosting numerous events dedicated to the symbol of the Ville Lumière. It is moreover precisely to “light”, linked to the perceptive experience of the Tour Eiffel, that the great exhibition that the Centre Pompidou has inaugurated in the rooms of the Children’s Gallery, is dedicated. Une Tour Eiffel Haute en Couleurs gathers and links together the works of numerous artists, who in differing times and places, have allowed themselves to be inspired by the vibrations of light and by the infinite compositional expressions of the colours conjured up by the imposing steel construction, ethereal and monumental at one and the same time. Inside the exhibition there is also a workshop for the younger visitors, where they can construct their own Eiffel Tower, opening up new creative and perceptive spaces.